HAWAIʻI VOLCANOES NATIONAL PARK - On Tuesday evening, a Magnitude 4.6 earthquake shook Hawaiʻi, but there was no observable impact on the island's volcanoes. 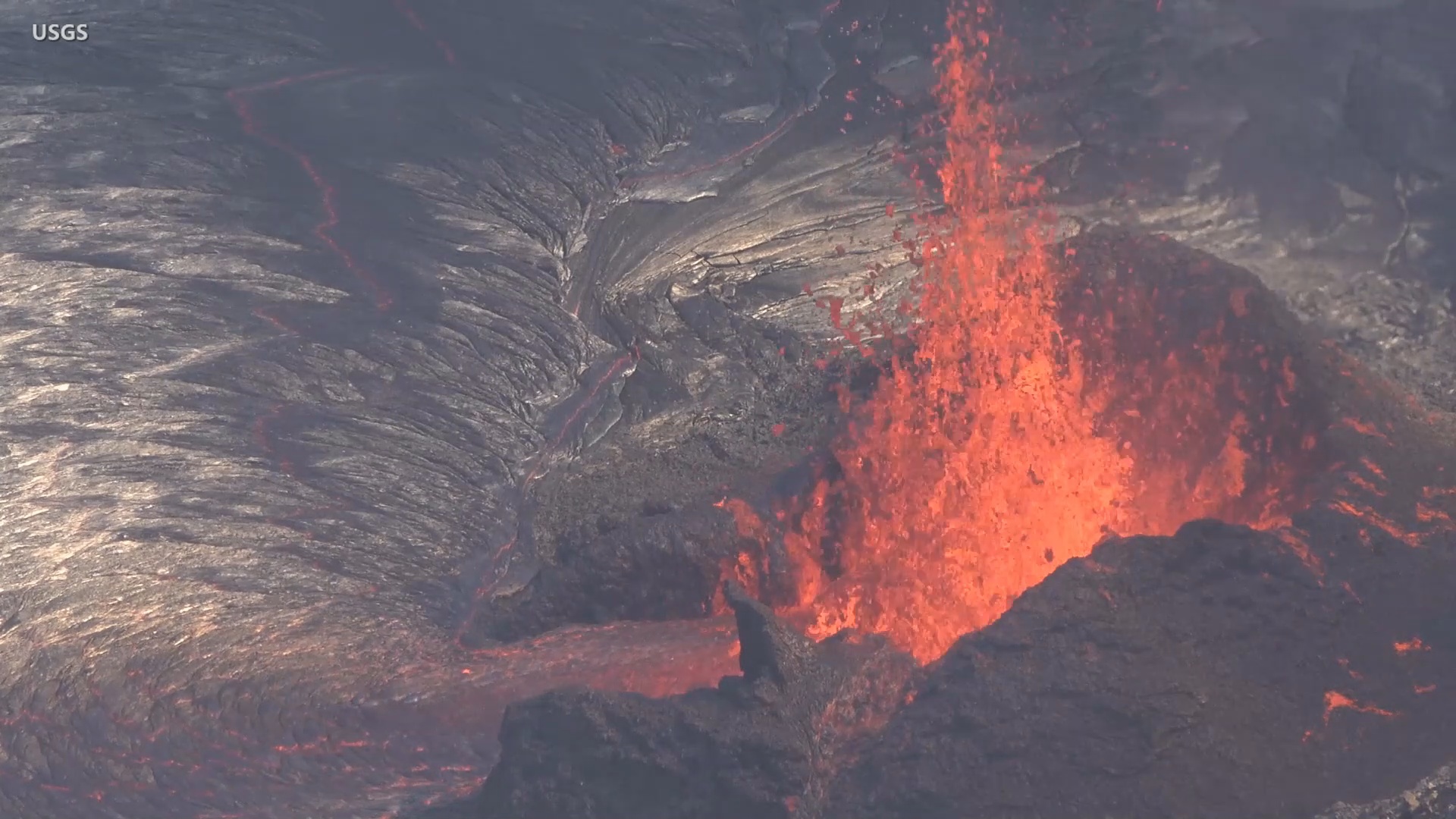 Image of the the dominant fountain at the west vent in Halemaʻumaʻu, from video by USGS

(BIVN) – On Tuesday evening, a Magnitude 4.6 earthquake shook Hawaiʻi, but there was no observable impact on the island’s volcanoes.

The eruption of Kilauea continues at the summit, and the volcano alert levels remains at WATCH.

The earthquake occurred at 8:36 p.m. HST, 20 miles deep under the Southwest Rift Zone. The USGS Hawaiian Volcano Observatory said the quake was part of the ongoing seismic swarm under the Pāhala area, which started in August 2019.

The eruption is now one-week old, and remains confined to the summit caldera within Hawaiʻi Volcanoes national park. New video released today by the USGS video shows the dominant fountain at the west vent, with sustained heights of up to 15 meters, or 49 feet. The video also shows another fountain source emerging through the lava lake.

Over the past 24 hours, the lava lake level rose approximately 2 meters, or 7 feet, with a total rise of about 31 meters, or just over 100 feet, since the new eruption began on September 29.

Gas emissions remain high but on a downward trend. Sulfur dioxide rates were measured at 6,000 tonnes per day on October 5, 2021.

Scientists continue to closely monitor the eruption, and will issue daily updates until further notice.