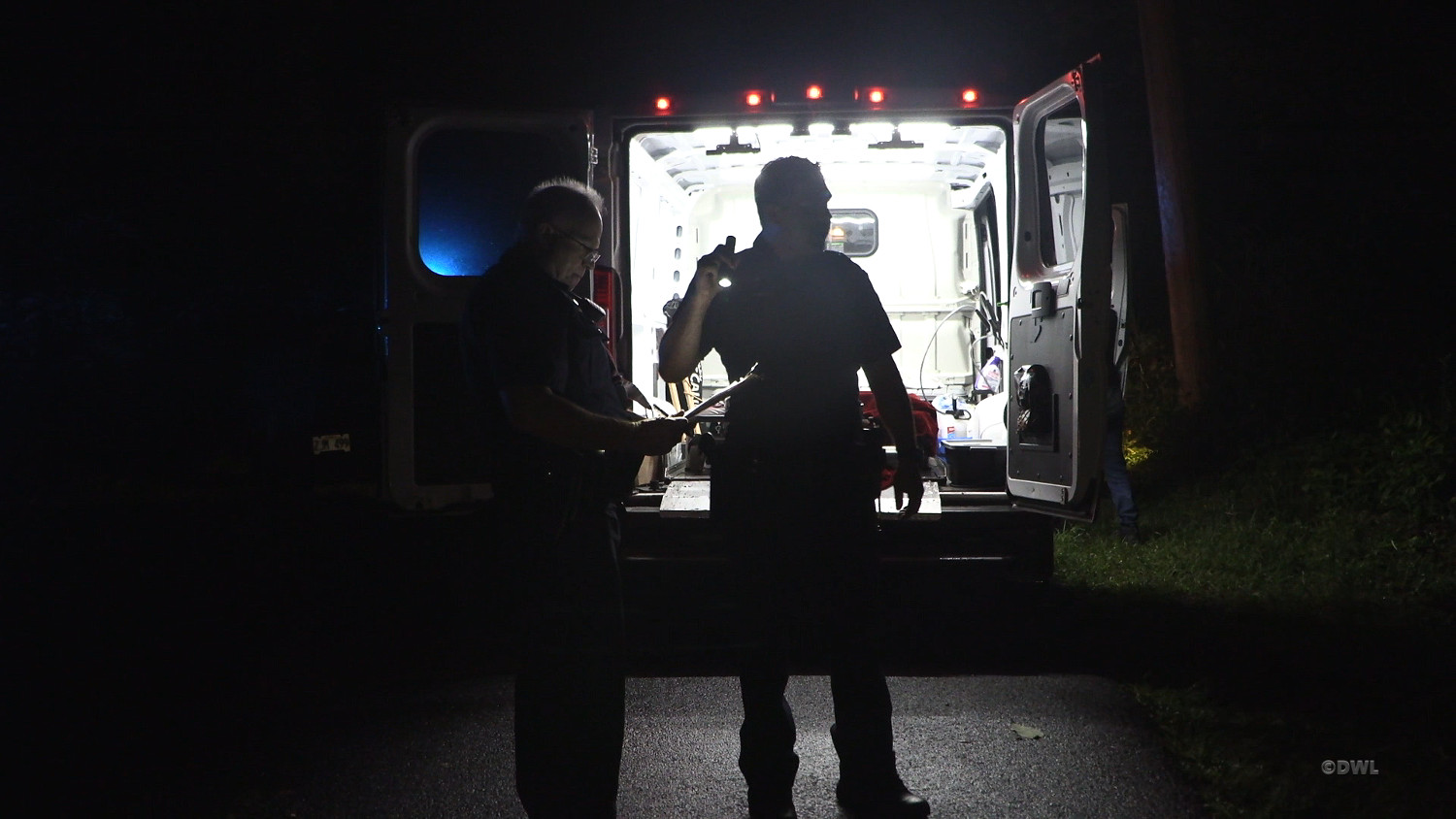 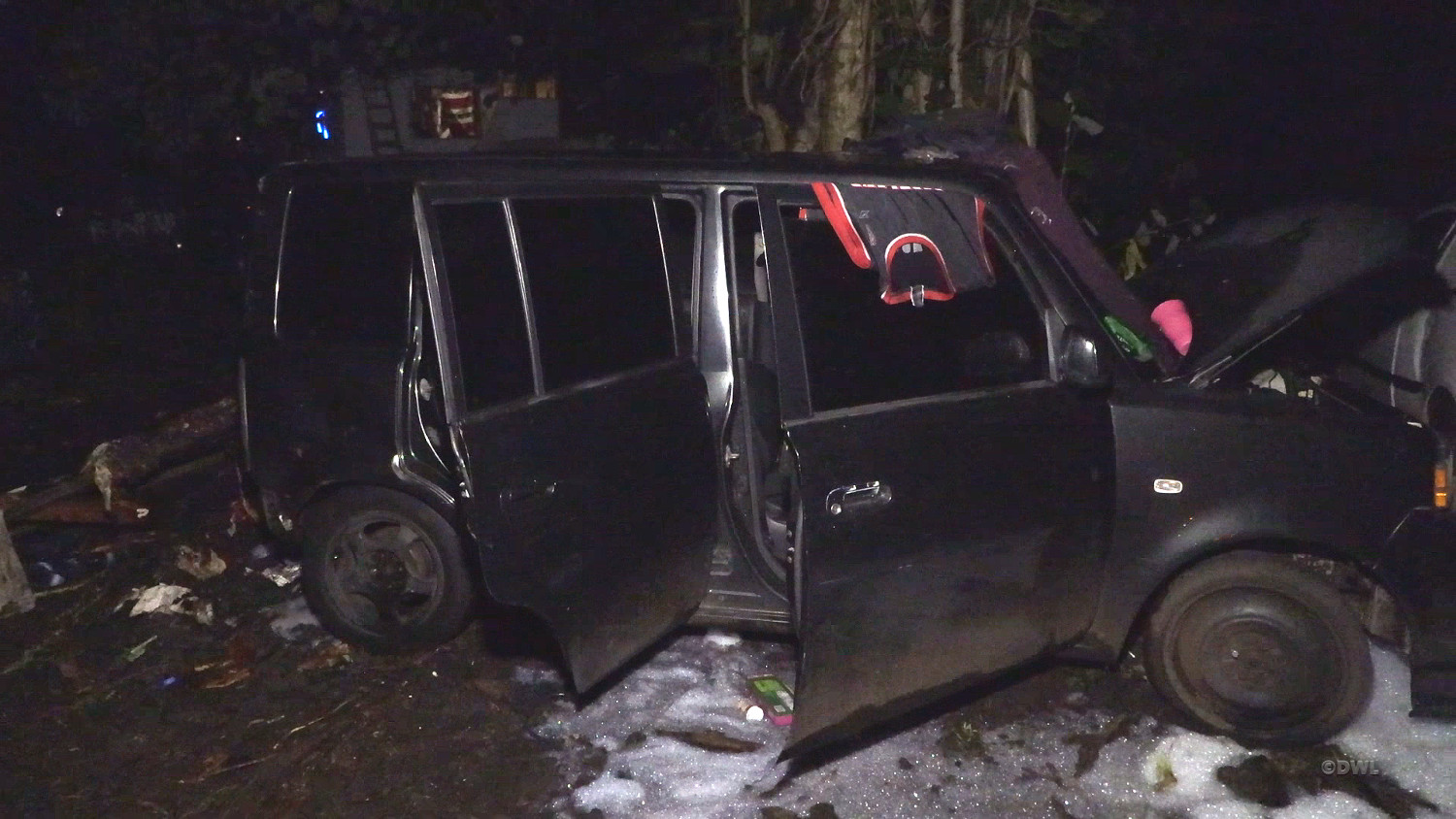 photo of the vehicle from video by Daryl Lee

(BIVN) – A 59-year-old woman was killed and a 58-year-old man was injured Tuesday night in the Hawai‘ian Beaches subdivision, after power lines fell on their parked vehicle.

Hawaiʻi Police say Puna patrol officers responded to a reported vehicle fire around 8:41 p.m. on October 12, “which had originated from downed power lines in the area of Oopu Street and Kahakai Boulevard.”

Officers determined that a man and a woman were seated in the parked vehicle in the 15-2700 block of Oopu Street when a portion of a tree fell onto the power lines causing the energized lines to fall and come into contact with the roof of the vehicle and nearby surrounding foliage.

The downed lines continued to arc on the roof of the vehicle. The male occupant exited the vehicle by climbing through a rear tailgate window that had been previously removed and exited without incident.

The female occupant then attempted to exit the vehicle through the same tailgate window and subsequently fell on a galvanized gate that was directly behind the vehicle. As she fell she came into contact with the fence, as well as the vehicle, and was electrocuted. The male party attempted to pull the female to safety but was unsuccessful and he was subsequently thrown to the ground by the force of the electricity. 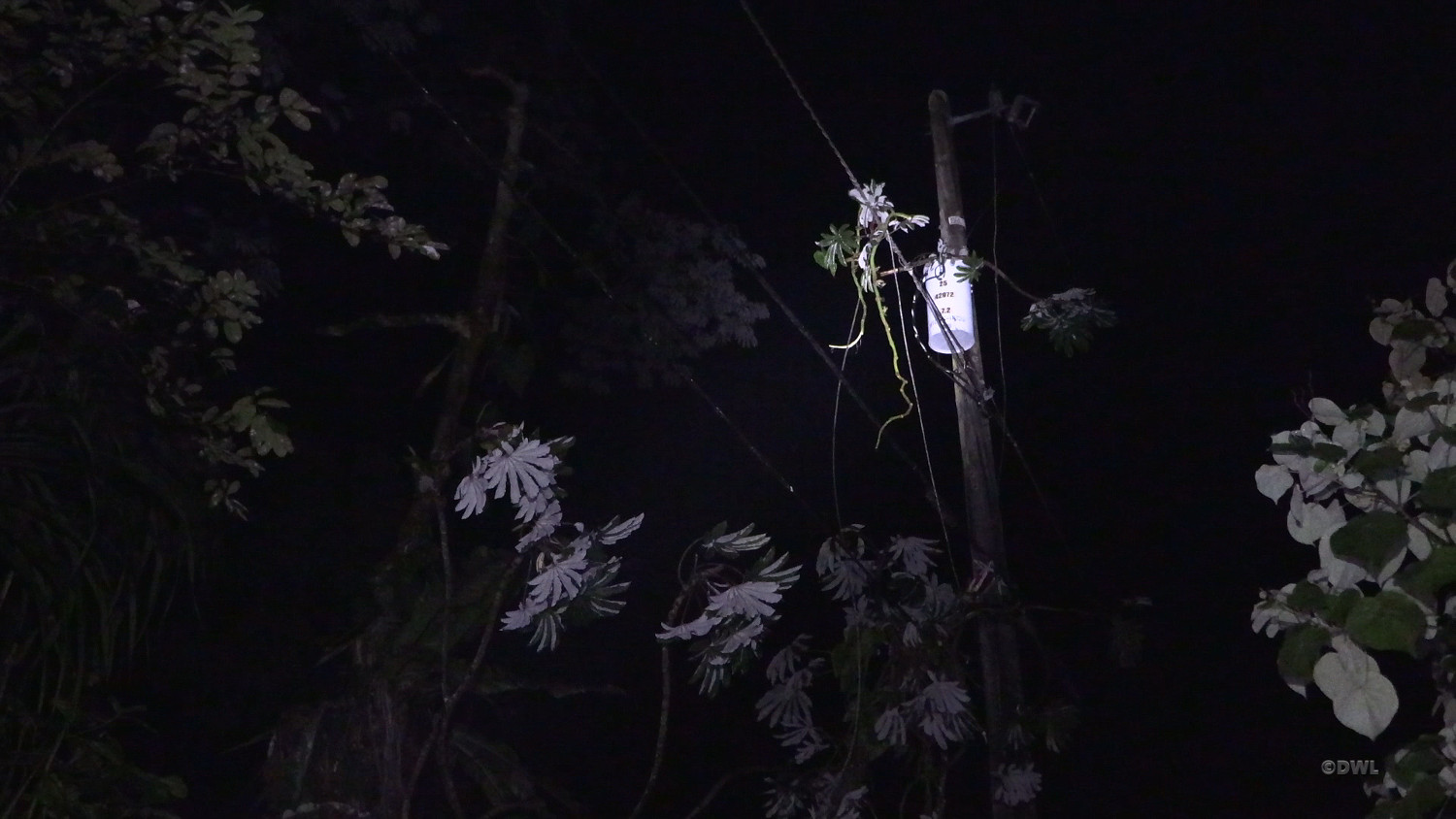 The incident has been classified as a public accident and a coroner’s inquest investigation has been initiated.

UPDATE – (Oct. 15) – Hawai‘i Island police on Thursday identified the woman who was electrocuted and died in Hawaiian Beaches on Tuesday evening as 58-year-old Cindy Lehuanani Gonsalves-Pascual, of Pāhoa. “An autopsy was performed on Wednesday morning, October 13, and concluded Gonsalves-Pascual died as a result of severe electrocution injuries, and the manner of death was ruled accidental,” a police news release stated.

Police ask that anyone who may have witnessed the accident or who has information about the incident to contact Lieutenant Rio Amon-Wilkins of the Area I Criminal Investigation Section at (808) 961-2252 or via email at rio.amon-wilkins@Hawaiicounty.gov or call the police department’s non-emergency line at (808) 935-3311.