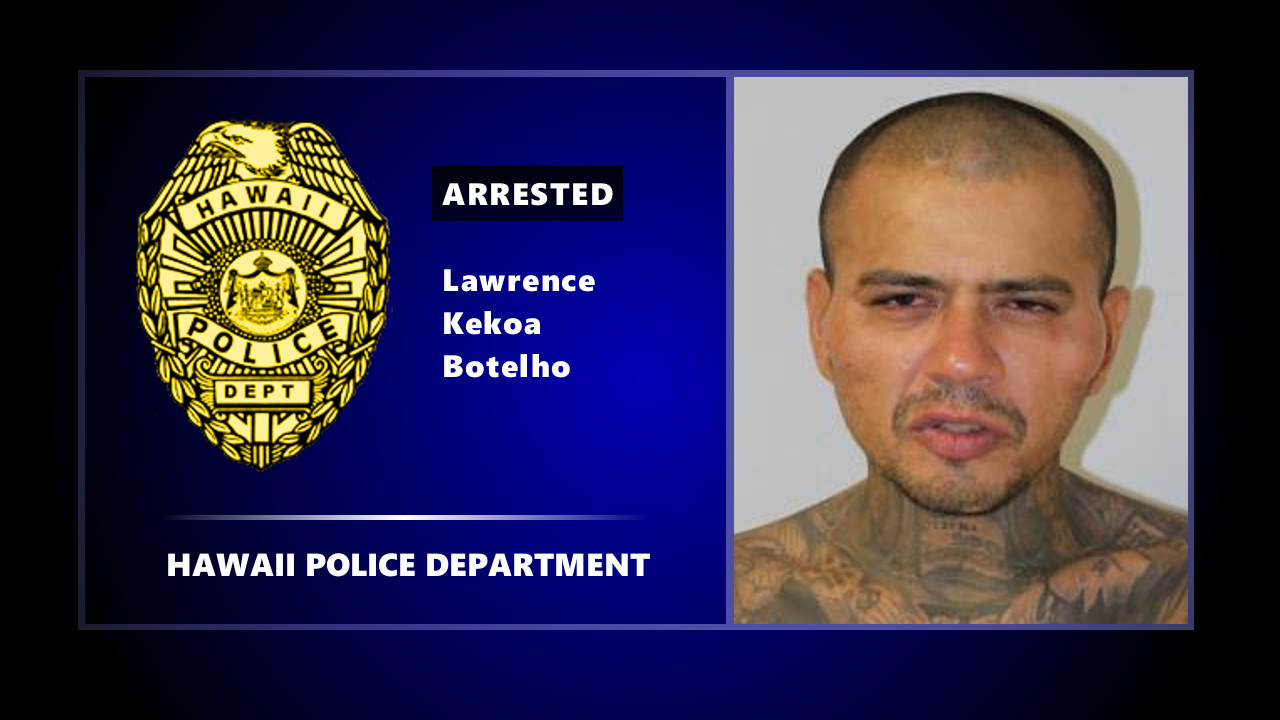 (BIVN) – Hawaiʻi police have arrested and charged a Puna hitchhiker following a reported violent confrontation at a fast-food restaurant drive thru in the Puainako Town Center.

From the Police Department:

On Saturday afternoon, October 23, after conferring with Hawai‘i County Prosecutors, detectives charged Botelho with first-degree robbery, first-degree terroristic threatening, unauthorized control of a propelled vehicle (UCPV), kidnapping, and third-degree promotion of a dangerous drug. His bail for those charges was set at $130,000. Botelho was also arrested and charged on an outstanding warrant for a probation violation.

The charges against Botelho stem from an incident that took place shortly before midnight on Wednesday, October 20, when South Hilo Patrol officers responded to the Puainako Town Center in Hilo for a reported vehicle theft. The 34-year-old victim reported to police that while driving into Hilo, he picked up a hitchhiker on the side of the roadway in Hawaiian Paradise Park.

Upon arriving in Hilo, the victim went to a fast-food restaurant drive thru in the Puainako Town Center. While they were waiting in line, the hitchhiker began acting erratically, yelling at the victim, and verbally threatening to kill him. The suspect was then reportedly observed to have a pistol and two knives in his hands. Fearing for his life, the victim exited the driver seat of his vehicle and ran for safety. The suspect then took the victim’s vehicle without permission. There were no reported injuries.

On the afternoon of Friday, October 22, Puna Patrol officers responded to a convenience store in Orchidland after it was reported that Botelho was in the area. That’s where he was subsequently located and arrested.

Botelho remained in police custody over the weekend pending his initial court appearance scheduled for today in Hilo District Court.