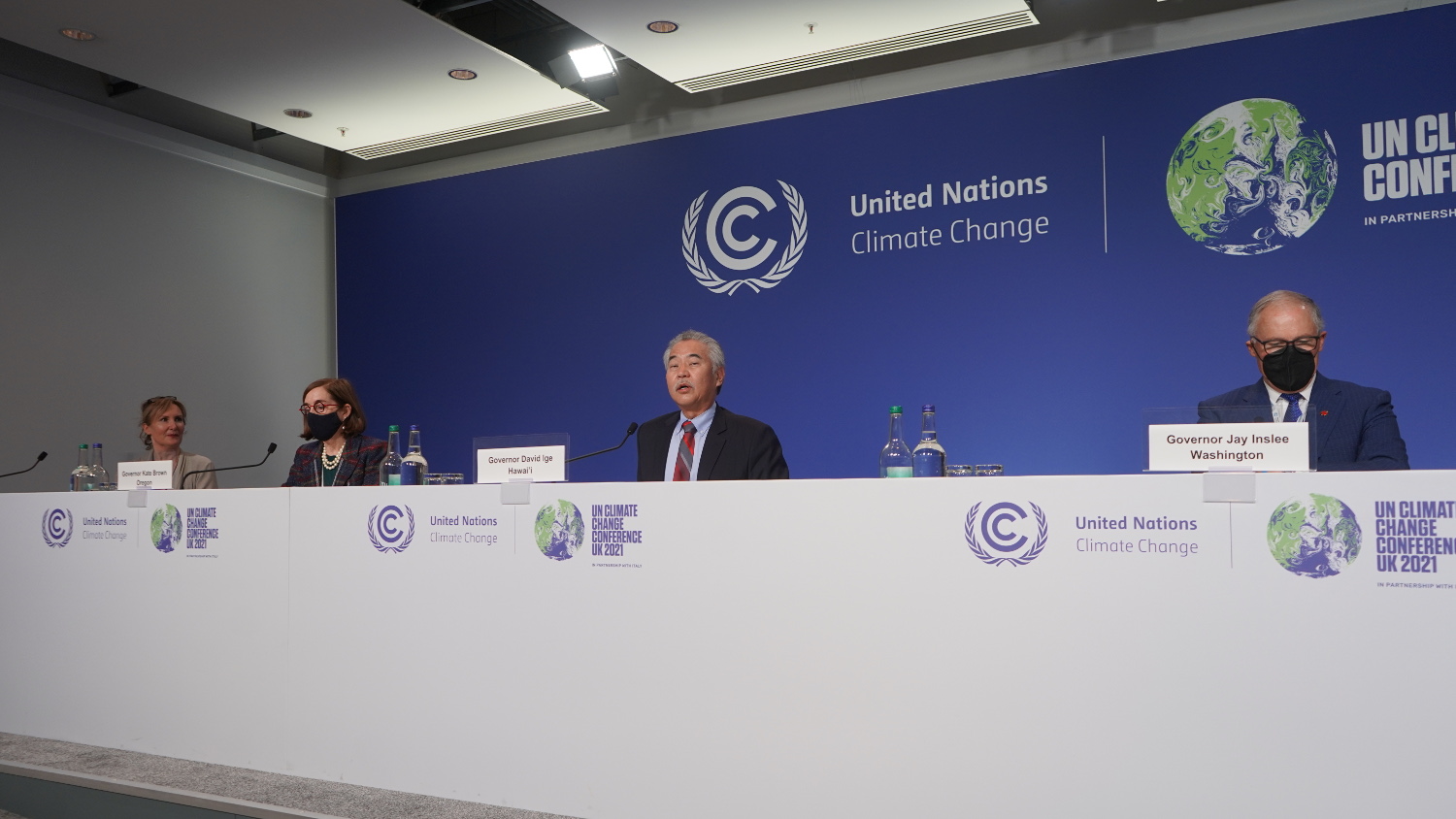 SCOTLAND - The Hawai'i governor takes the world stage in Glasgow, speaking about "initiatives he hopes to implement in the future to combat climate change."

(BIVN) – Governor David Ige is in Scotland this week for the COP26 Climate Change Conference, participating in various panel discussions.

According to a State media release, Governor Ige “outlined what Hawaiʻi has done so far, and initiatives he hopes to implement in the future to combat climate change. They include preparing for electric planes for inter-island flights, requiring state employees to rent electric vehicles when on business trips and planting 100 million trees across the state by 2030.”

“We did see one of the silver linings of this pandemic, as all business and organizations found ways to work from home. We saw how rapidly our air cleared and oceans restored vibrant coral communities. And we do know that if we give nature an opportunity, it will help us more than we ever realized,” said Gov. Ige.

Gov Ige said Hawaiʻi is tackling “the hardest part of transportation which is conversion of aviation and marine transportation,” by preparing for electric planes for inter-island flights. Hawaiʻi is also looking at switching inter-island shipping to local sustainable biofuels, hydrogen power vehicles, and pursing negative emissions.

“I committed Hawaii to 100 million trees as part of the 1 trillion tree initiative, looking to enhance carbon sequestration,” Gov Ige said. “All of these actions make Hawaii more resilient, as an island, we have to take a holistic approach and our community understands that in order for us to be successful, we have to come together and work together. Because in our history, we know when we work together, we can do great things.”

Tomorrow, Gov. Ige is set to participate in a panel discussion called A State-Federal Partnership for a Net-Zero Future Event.