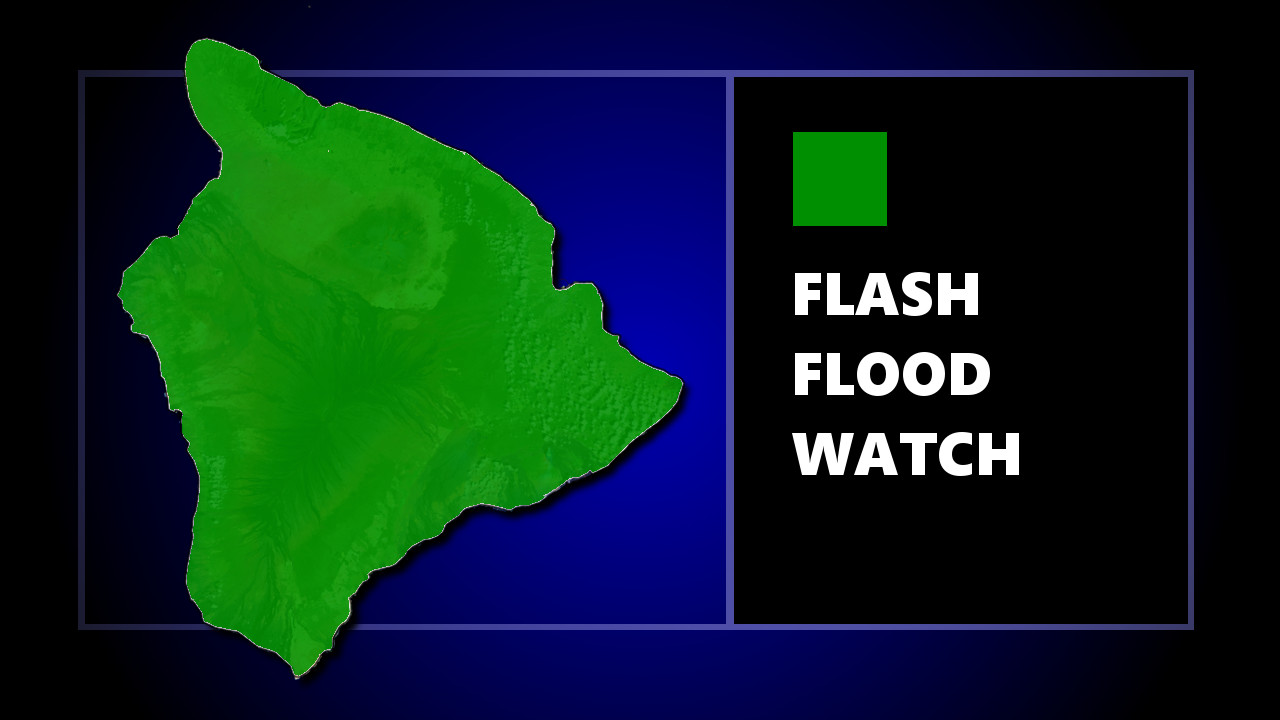 (BIVN) – The National Weather Service in Honolulu has issued a Flash Flood Watch for the entire State of Hawaiʻi.

Excessive rainfall is possible through late tonight, as a cold front and upper level trough are moving into the western islands. “Southerly wind flow over the eastern half of the state will bring up additional tropical moisture,” forecasters wrote on Sunday morning. “Slow moving heavy shower bands across the region will elevate the threat for Flash Flooding.”

Officials warn flood prone roads and other low lying areas may be closed due to elevated runoff and overflowing streams. “Urban areas may receive more significant flooding and property damage due to rapid runoff,” the National Weather Service says.

Island residents can expect “increasing shower activity with numerous showers ramping up over these islands through the morning hours,” the forecasters wrote. “Periods of heavy showers will develop over some areas with isolated thunderstorm potential.” From the NWS:

Terrain anchored thunderstorms are also possible in some areas through tonight. Small scale convergence bands under the upper trough will drive much of the convective forcing with some areas experiencing more shower activity than others. Heavy showers will favor these low level convergence bands producing from 1 to 4 inches of rainfall over a short time period. Forecasting where and when these heavier showers will develop is challenging with this weather pattern, thus we decided to include all islands in the Flood Watch for today and tonight.

Due to the Flood Watch, the following information was issued by the Hawaiʻi County Civil Defense: