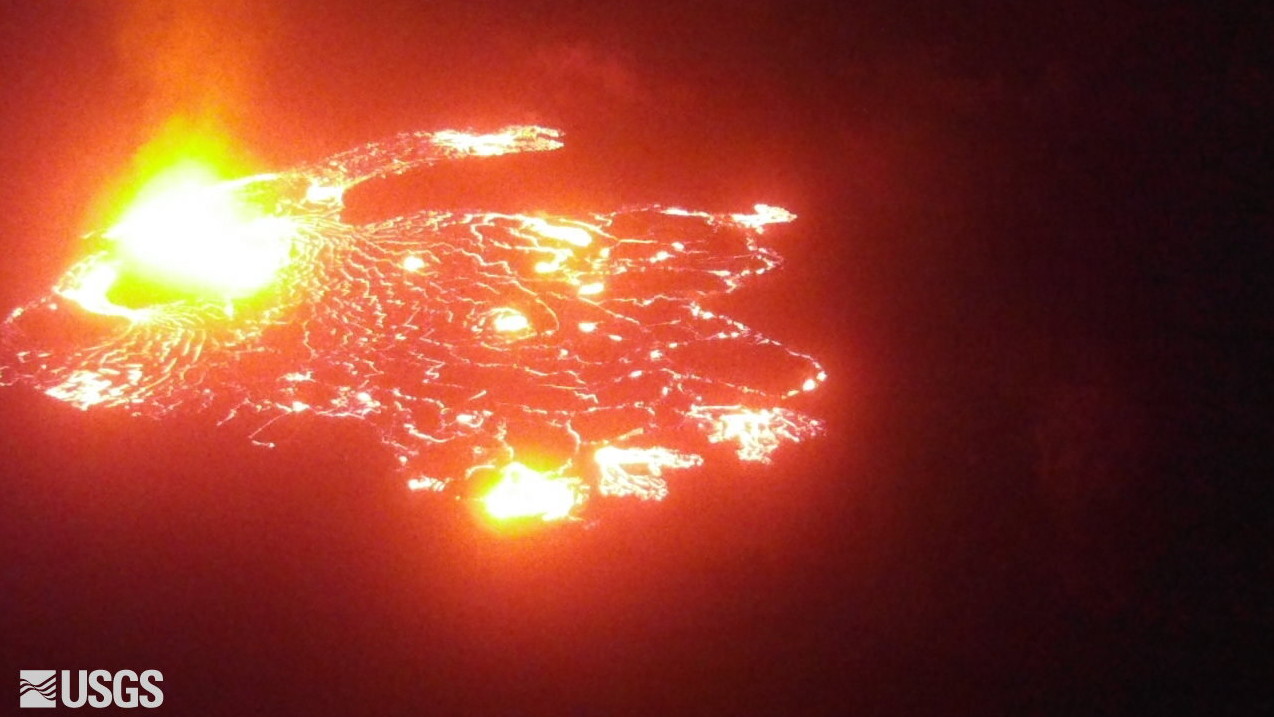 HAWAIʻI VOLCANOES NATIONAL PARK - Lava re-entered the vent and resumed erupting Monday night, ending the pause that began on the afternoon of Friday. 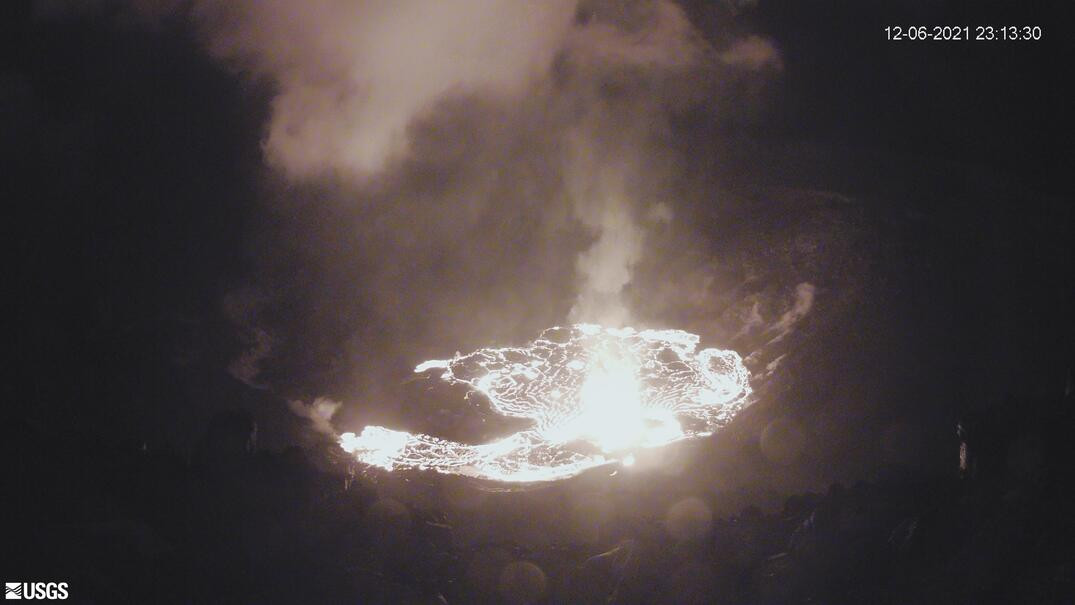 (BIVN) – The eruption of Kilauea volcano continues today at the summit, after activity resumed following a short pause.

The USGS Hawaiian Volcano Observatory reported that lava re-entered the vent on the western wall of Halemaʻumaʻu crater and resumed erupting between 5:30 and 6:00 p.m. HST Monday night, ending the pause that began on the afternoon of Friday, December 3.

“Both ground inflation and tremor (a seismic signal associated with magma movement) peaked around 9 PM last night,” the HVO scientists wrote. “Summit tiltmeters have shown deflation since then and earthquake activity remains below background.”

All activity is confined to the summit within Hawaiʻi Volcanoes National Park.

Lava has resumed erupting from a single vent in the western wall of Halemaʻumaʻu crater after a 3 day pause in activity. Friday afternoon, the rate of lava eruption from the western vent decreased sharply along with a dramatic reduction in tremor and the start of deflationary tilt. Lava re-emerged from the vent at about 6 PM last night and had covered the prior extent of the active lava lake by about 3 AM this morning, December 7, 2021. The eastern edge of the lake that advanced onto the lowest of the exposed down-dropped caldera floor blocks remains stagnant. This is the fourth and largest such decrease in eruption vigor or pause since the eruption began on September 29 and none of the prior events lasted more than 24 hours before eruptive activity resumed. The western end of the lake has shown little change in maximum elevation over the prior several days, with HVO’s permanent laser rangefinder showing an elevation of approximately 809 meters (2654 ft) prior to the instrument going off-line on December 3 due to weather-related events. The lake has seen a total increase of about 65 meters (213 ft) since lava emerged on September 29. Webcams have shown spatter and ponded lava within the west vent, an area of active lava at the surface of the lava lake, and sporadic oozes of lava along the cooler outer lake margins. The total erupted volume since the beginning of the eruption was estimated to be about 30 million cubic meters (7.8 billion gallons) on November 16.

Scientists say no unusual activity has been noted in the Kīlauea East Rift Zone, and “there were no indication lava migrated in that direction during the pause.”