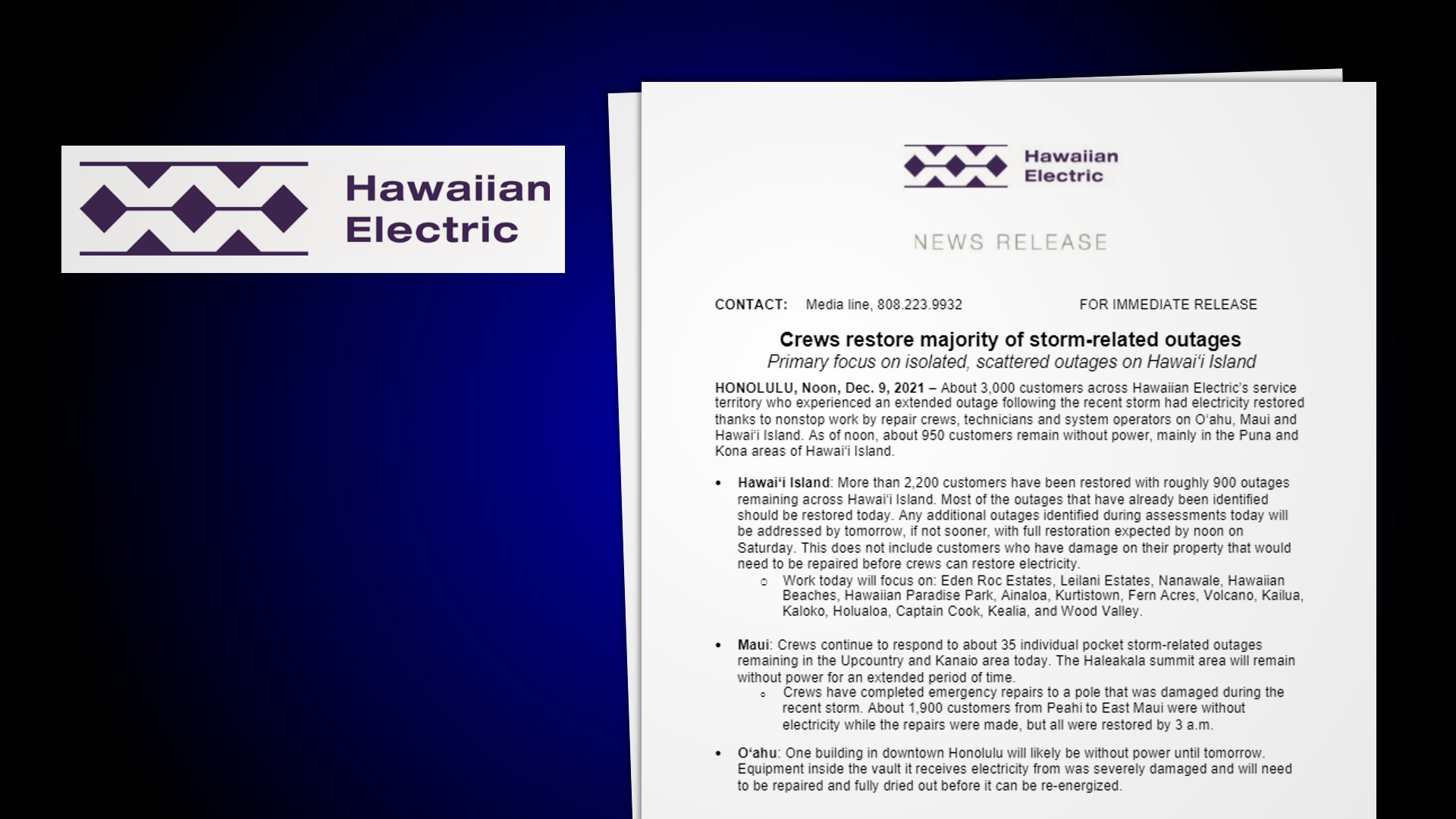 HAWAIʻI ISLAND - As of noon on Thursday, roughly 900 outages - mostly in Puna and Kona - were remaining on Hawaiʻi island following the recent kona low storm.

(BIVN) – Power has been restored for more than 2,200 customers on Hawaiʻi island – with roughly 900 outages remaining across the Big Island as of noon on Thursday – in the wake of a stormy kona low that soaked the entire State this week.

Those without power are mainly in the Puna and Kona areas, the Hawaiian Electric company reported.

“Most of the outages that have already been identified should be restored today,” a Hawaiian Electric news release stated. “Any additional outages identified during assessments today will be addressed by tomorrow, if not sooner, with full restoration expected by noon on Saturday.”

“This does not include customers who have damage on their property that would need to be repaired before crews can restore electricity,” Hawaiian Electric said.

The National Weather Service says the strong kona low developed northwest of the main Hawaiian Islands and produced heavy rainfall and strong winds over many areas of the state, starting on the Big Island on December 5. Rainfall totals were greatest over the southeastern flank of the Big Island.

“Flooding impacts on the Big Island were minimal on December 5, but increased on December 6 as rainfall increased in intensity and coverage,” a National Weather Service summary report stated. “Several normally dry gulches in the Kau District flooded, and Highway 11 closed at Kawa Flats for a few hours.”

Due to storm damages, the Hawaiʻi Department of Land and Natural Resources says Hawaiʻi Island Hunting Unit F at Puʻu Waʻawaʻa will be closed to game bird hunting this upcoming weekend, December 11-12. The DLNR Division of Forestry and Wildlife will be removing fallen trees on a road used to access the unit, and anticipates reopening the unit for game bird hunting opportunities on the weekend of December 18, 2021.