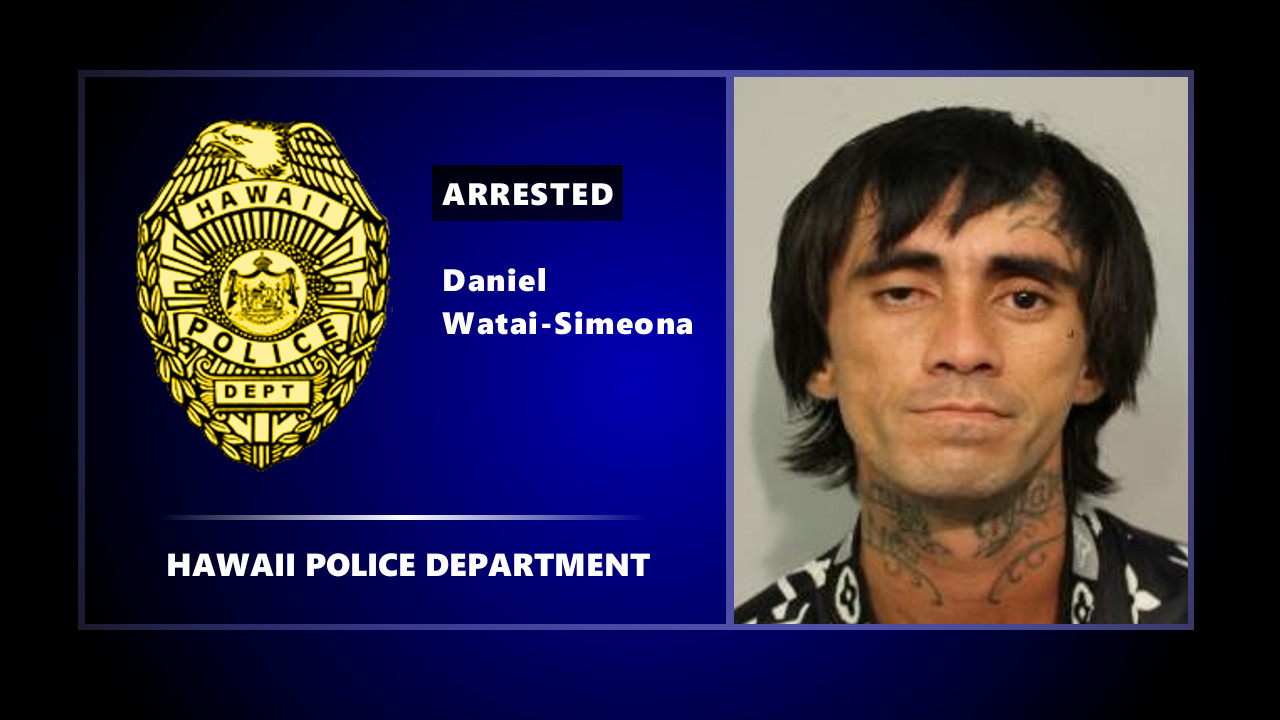 (BIVN) – A Kona man has been arrested and charged for the death of a Captain Cook man, following an alleged assault on Henry Street earlier this month.

Kona patrol officers responded to a call of a traffic accident involving a pedestrian on Friday, Dec. 3, at 10:25 p.m., but later determined that the incident was an assault. The victim stopped his vehicle on Henry Street to address an incident involving an animal. While outside of his vehicle, he was assaulted by an unknown male passer-by who then left the area.

Due to the severity of his injuries, the victim was flown to Queen’s Medical Center on Oahu where he succumbed to his injuries on the evening of Sunday, December 13, 2021.

The victim has been identified as 64-year-old Menry Mendoza of Captain Cook.

On Wednesday, Dec. 15, after identifying and interviewing numerous witnesses, CIS detectives determined that Watai-Simeona was the person who assaulted Mendoza. Personnel from Area II Criminal Investigation Division and Kona Patrol located and took Watai-Simeona into custody on Thursday, Dec. 16.

That afternoon, after conferring with County Prosecutors, Watai-Simeona was charged with one-count of manslaughter. He is currently being held at the Kealakehe Police Station pending his initial court appearance on Friday, Dec. 17. His bail is set at $250,000.

He was also arrested for an outstanding $300.00 bench warrant.

Anyone who may have information on this incident is encouraged to contact Detective Tyler Prokopec at (808) 326-4646 Ext. 224; via email at tyler.prokopec@hawaiicounty.gov or contact the police department’s non-emergency number at (808) 935-3311.

Citizens who wish to remain anonymous can make a tip through Crime Stoppers at (808) 961-8300 and may be eligible for a reward of up to $1,000. Crime Stoppers does not record any calls or subscribe to caller ID.