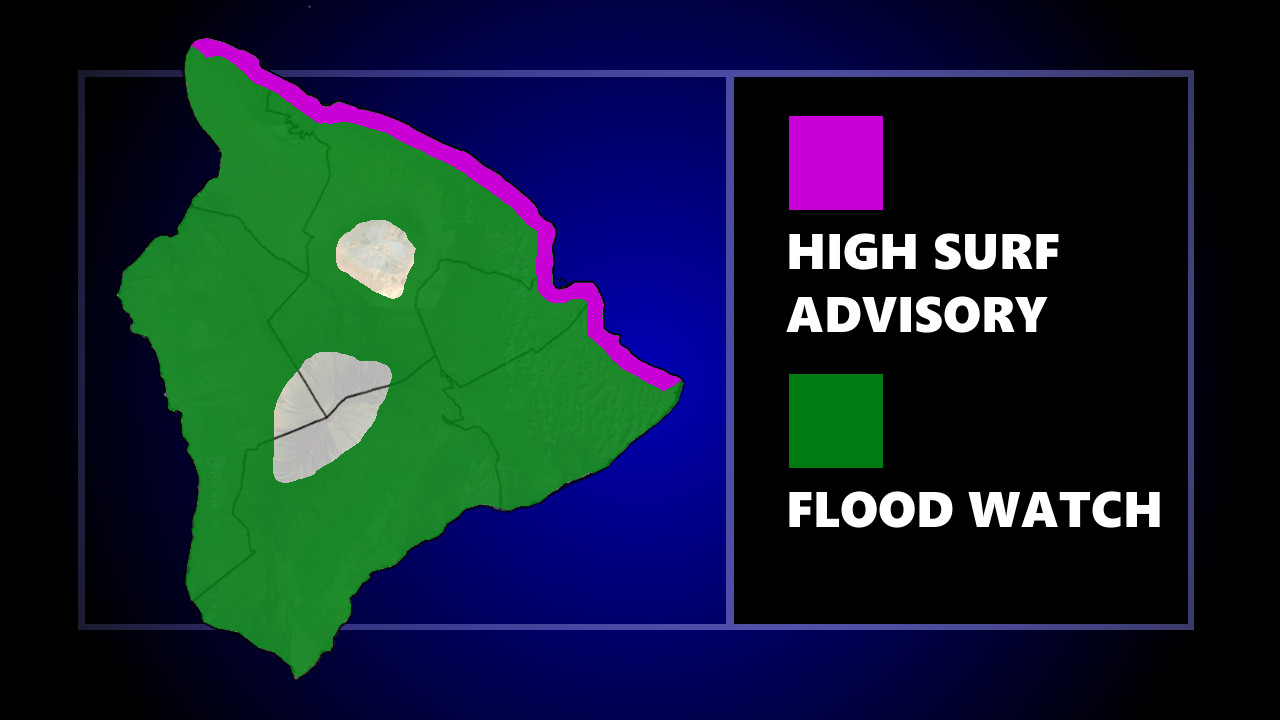 HAWAIʻI ISLAND - The National Weather Service has issued a Flood Watch for the Big Island and a High Surf Advisory for east facing shores.

The National Weather Service in Honolulu posted a Flood Watch for the entire island, not including the summits of Maunakea and Mauna Loa, as well as a High Surf Advisory for east facing shores.

A Flood Advisory was also in effect for part of the day, as radar indicated spotty heavy showers falling over leeward and interior Big Island at rates of 1 to 2 inches per hour. The heaviest rainfall was observed between Kalaoa and Puʻuanahulu.

Recent rainfall has produced nearly saturated conditions, especially over windward slopes of the Big Island. A passing upper disturbance is expected to produce additional heavy showers and thunderstorms that could lead to flash flooding this afternoon and tonight. The highest flood risk will be across windward slopes, though heavy rainfall could effect the entire island.

Forecasters say flood prone roads and other low lying areas may be closed due to elevated runoff and overflowing streams.

Along east-facing shores, surf could reach heights of 7 to 10 feet.

Due to the High Surf Advisory, the Hawaiʻi County Civil Defense stated the following:

The High Surf Advisory will be in effect until Wednesday evening.

Due to the Flood Watch, the Hawaiʻi County Civil Defense stated the following:

The Flood Watch will remain in effect through late Tuesday night.