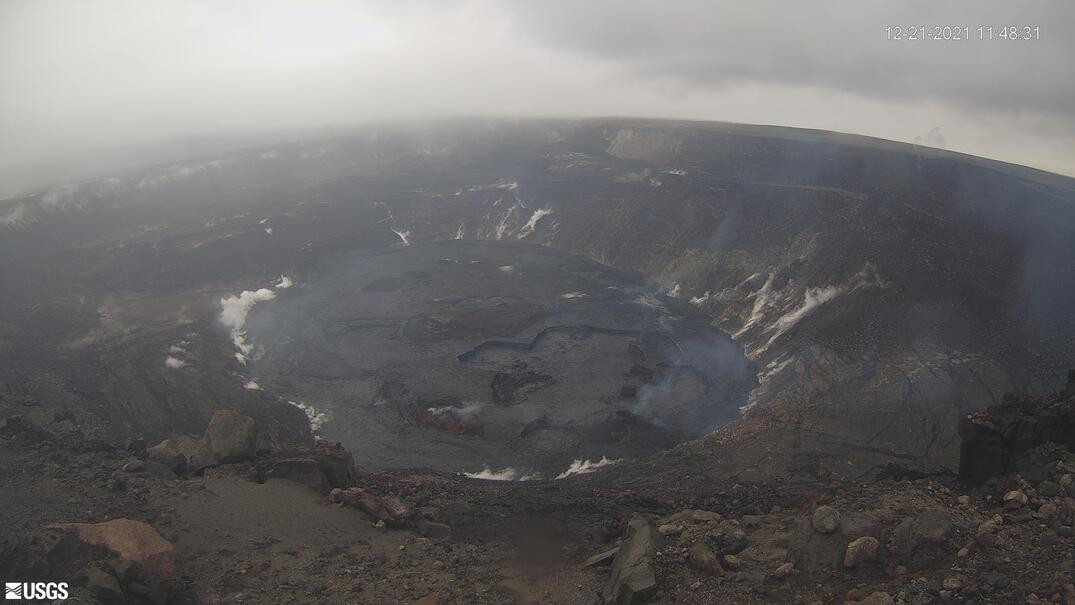 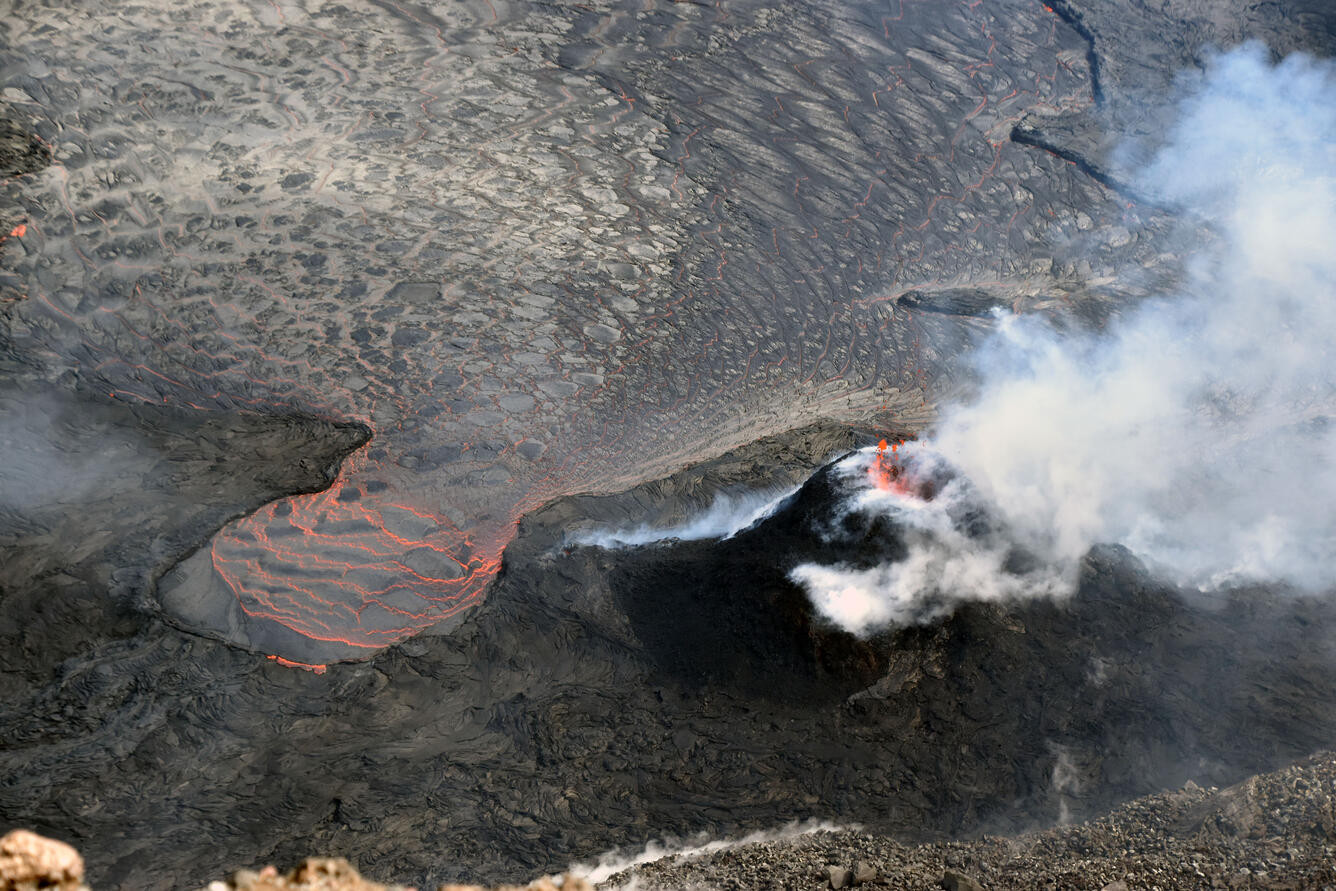 USGS: “A small amount of lava spatter was thrown from the west vent in Halema‘uma‘u crater, at Kīlauea summit, on December 20, 2021.” (USGS photo by B. Carr)

(BIVN) – The summit eruption of Kīlauea volcano has paused, once again.

The USGS Hawaiian Volcano Observatory on Tuesday reported that lava has ceased erupting from the western vent within Halemaʻumaʻu, “although glow is still visible near the vent”.

“The surface of the lake is crusted over following a sequence of partial overturns last night,” the HVO scientists wrote.

From the most recent USGS HVO summit observations:

Rapid deflationary tilt began yesterday, December 20, 2021 at about 11 AM and flattened out early this morning. Volcanic tremor associated with the eruption has virtually ceased and earthquake activity remains below background. The most recent measurement of sulfur dioxide (SO2) emission rate on December 16, 2021, was approximately 1,400 tonnes per day.

There are no signs of activity migrating elsewhere on Kīlauea, scientists say. No unusual activity has been noted in the Kīlauea East Rift Zone. Low rates of ground deformation and seismicity continue along the rift zones.

Based on the size and duration of recent pauses, HVO says the current pause is expected to last several days.