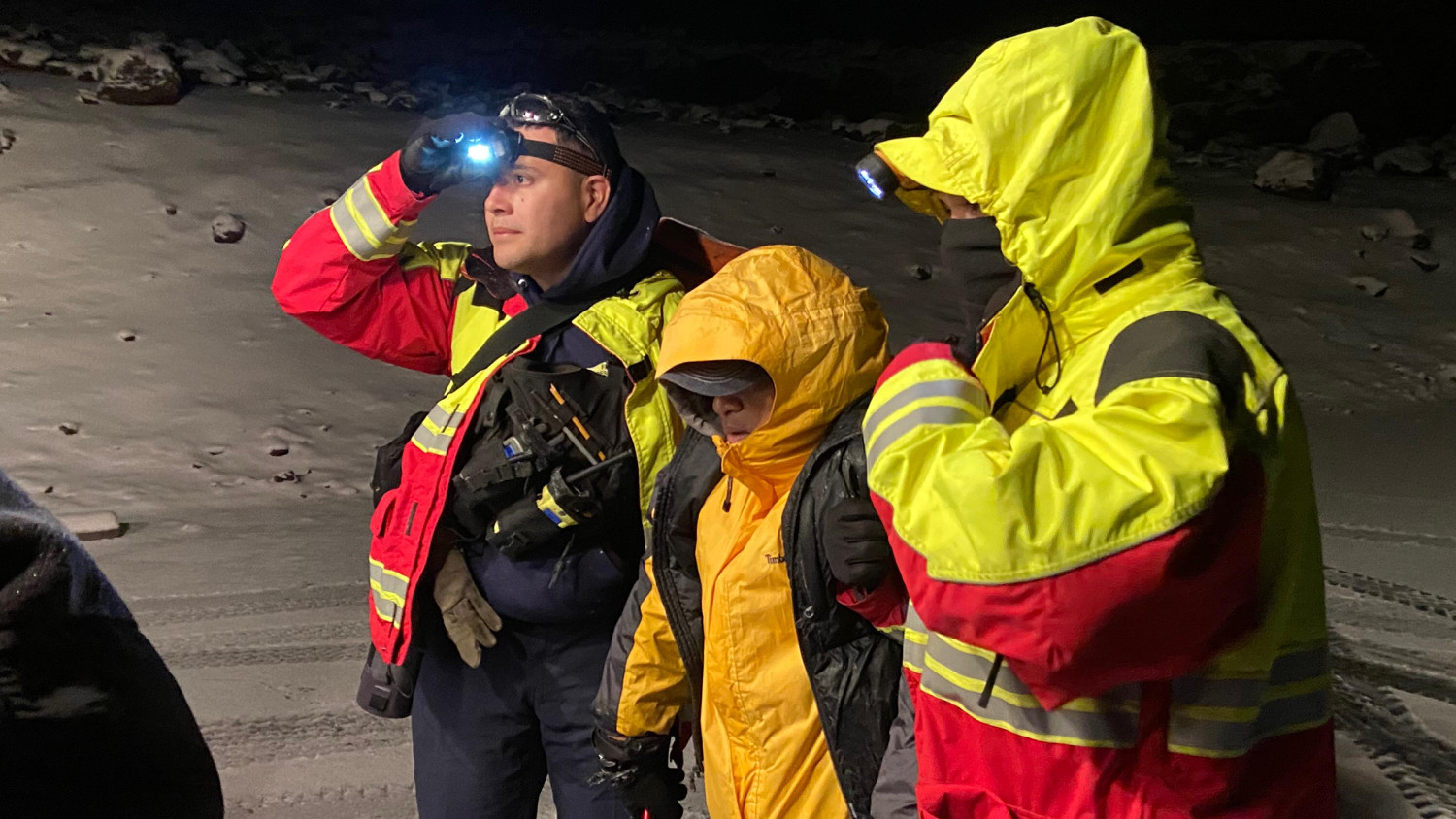 MAUNAKEA, Hawaiʻi - First responders ascended the mountain to the 13,000 foot elevation on Monday in response to a lost hiker in the Mauna Kea Forest Reserve. 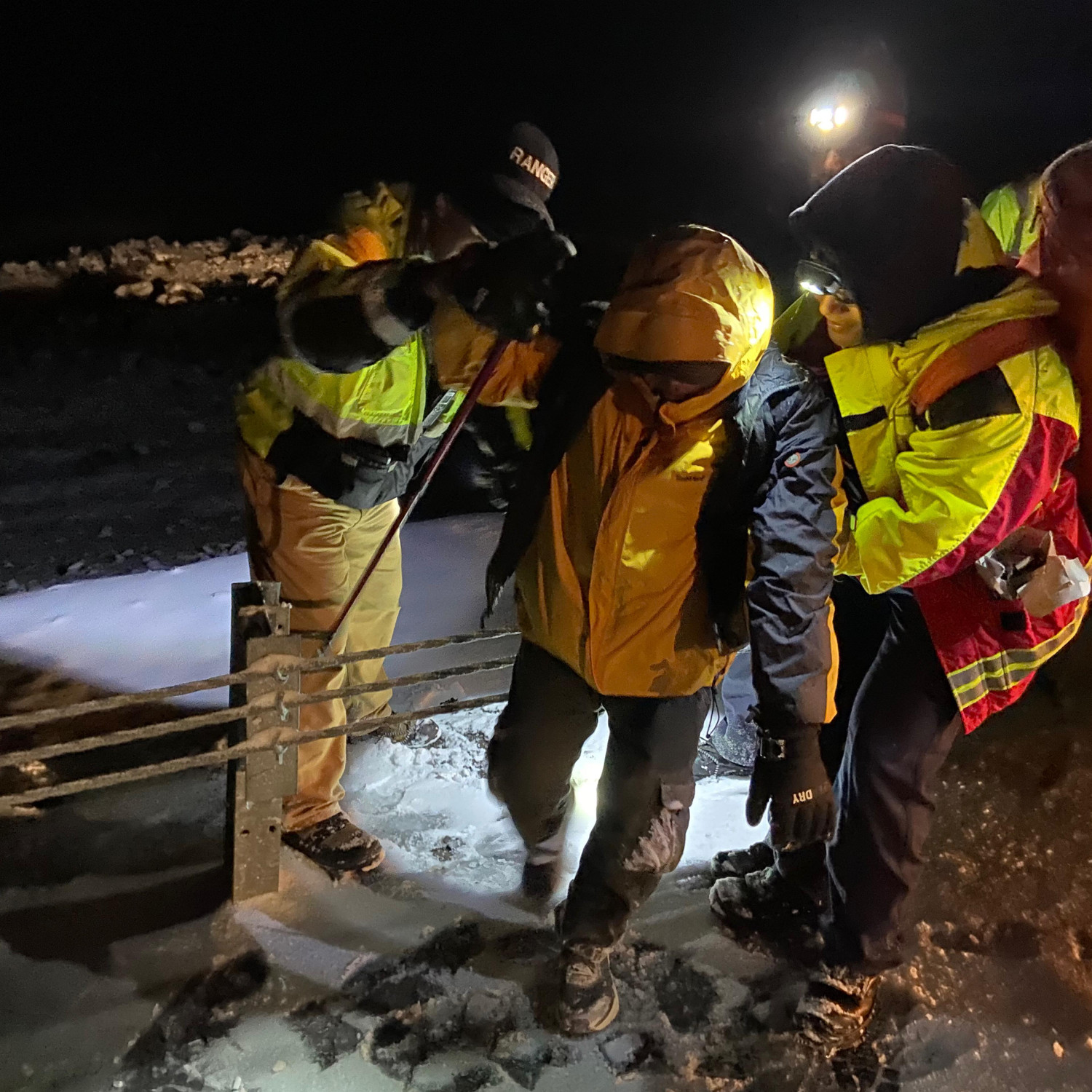 (BIVN) – First responders braved white-out conditions on Maunakea this past Monday, in an effort to rescue a lost hiker on the Humuʻula Trail at the 13,000 ft elevation of the mountain.

The University of Hawaiʻi Maunakea Rangers joined fire and rescue personnel from the U.S. Army Pohakuloa Training Center on a reported trek “for about a mile through heavy snow and sleet to locate the 64-year-old hiker.”

The Pohakuloa crew was responding to a mutual aid request from Hawaiʻi County, “regarding a lost hiker in the Mauna Kea Forest Reserve on Monday evening at approximately 7:15 p.m.”, PTA reported.

From the UH-Hilo Center for Maunakea Stewardship:

The Rangers, part of UH Hilo Center for Maunakea Stewardship, were able to contact the man via cell phone and pinpoint his location. After one hour of searching, they located the hiker in a small cave in between Waiau Lake and Maunakea Access Road. He was able to walk out on his own but was transported by personnel to the hospital.

Prior to the hike, at around 10:30 a.m., the man registered with rangers at the Visitor Information Center (VIS) on Maunakea, as required. Hikers fill out information forms at the VIS and are briefed on safety protocols, weather and undergo thorough assessment for proper gear. Rangers attempted to contact the man several times after it got dark but were unsuccessful. They later found out he filled out the wrong contact number on his form. The hiker’s calls to 9-1-1 enabled rangers to eventually connect with him and narrowed the search area.

The University is reminding visitors to Maunakea to be “safe and respectful.” From a media release:

Rangers want to remind visitors that dangerous wintry weather can occur with little warning at any time. The public is asked to remember that the summit of Maunakea can be one of the most dangerous places in Hawaiʻi because of the extreme altitude and weather conditions, and emergency services may be two hours away because of its remote location. Cell phone coverage is unreliable, and there is only one public emergency phone on the summit.