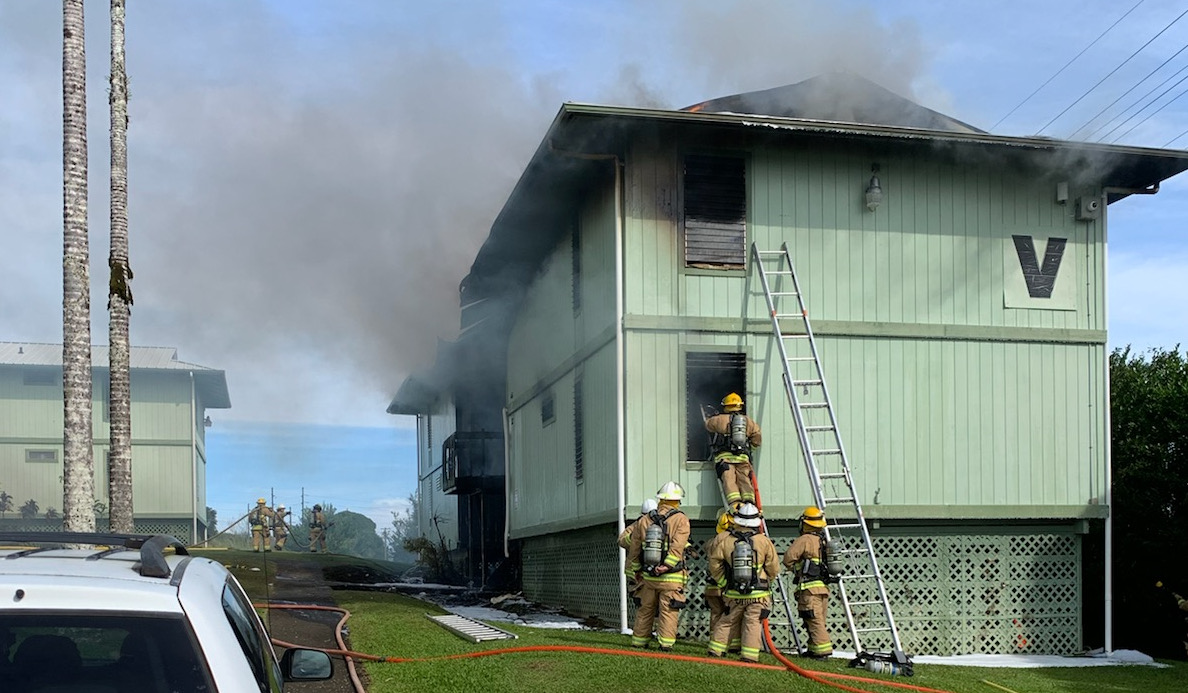 PEPEʻEKEO, Hawaiʻi - A total of 24 people were impacted by the blaze at the Kauhale Olu Apartments on Kumula Street on Wednesday. 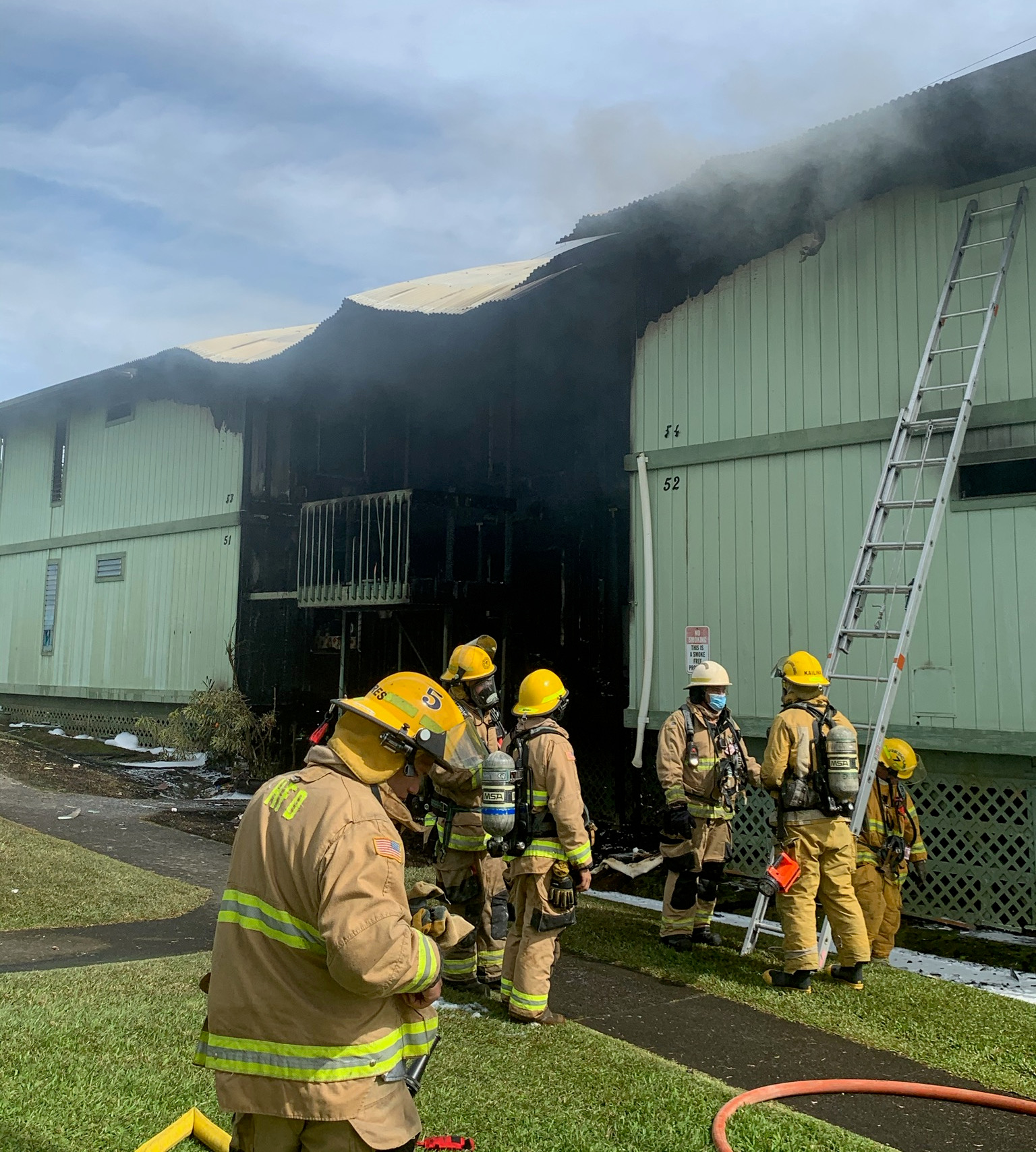 (BIVN) – Hawaiʻi Island Police say they are investigating a Pepeʻekeo structure fire on Wednesday that has displaced several families and injured three people.

The blaze occurred at the Kauhale Olu Apartments on Kumula Street in Pepe‘ekeō at 10 a.m. on December 29, 2021.

The American Red Cross reports the fire has impacted four families with a total of 24 people. Police say three families were home at the time of the fire, and several people sustained injuries either from the fire or while trying to escape, including:

“We were very lucky that there were no serious injuries or worse,” said Eric Moller, Deputy Fire Chief. “This fire spread rapidly and could have had a much more serious outcome. Our thoughts and prayers go out to the families that have lost so much, as we kindly remind everyone to limit their exposure to fires such as these by keeping their home fire safe.”

County officials say the apartment building, comprised of four units and located off of Andrade Road, was engulfed in flames when firefighters arrived. The Department of Parks and Recreation opened a shelter for the displaced families at the Pāpaʻikou Community Center. Office of Housing and Community Development Administrator Susan Kunz is also working with her staff to find additional resources for the families affected, a County news release stated.

“It is important for our community to know that we have their back and that we are going to do everything that we possibly can to help them in times of crisis,” said Mayor Mitch Roth in a news release. “To see how quickly and effectively our team worked across the board to ensure the best possible care for those affected is truly amazing. Having three very different departments come together to play their part in this response is something we can be proud of. Our hearts go out to those injured and displaced by the fire as we continue to work with them to find temporary and long-term solutions.”

Police are investigating the cause and circumstances surrounding the blaze. Anyone having information is encouraged to call the police department’s non-emergency line at (808) 935-3311.