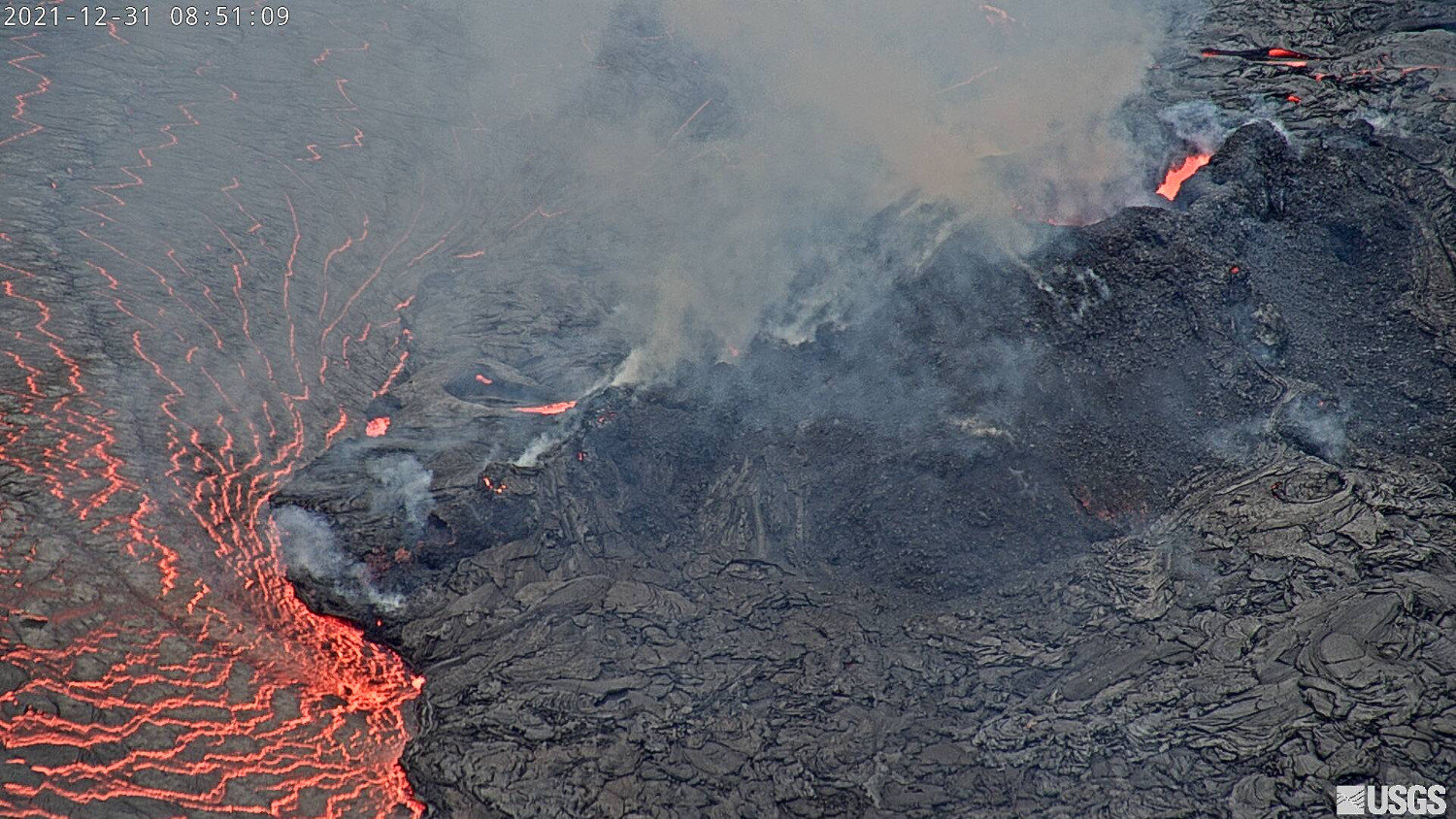 USGS webcam view of the west vent eruption in Halemaʻumaʻu and the lava lake, from the northwest rim of the caldera, looking east. Image captured December 31, 2021.

HAWAIʻI VOLCANOES NATIONAL PARK - As scientists anticipated, the eruption at the summit of Kīlauea resumed on Thursday afternoon.

(BIVN) – The summit eruption of Kīlauea Volcano has resumed after a one-day pause.

The USGS Hawaiian Volcano Observatory says the eruption within Halemaʻumaʻu crater resumed at 2:45 p.m. on Thursday. All recent lava activity remains confined to the crater within Hawaiʻi Volcanoes National Park, and there are no indications of activity migrating elsewhere on Kīlauea.

From the USGS update on Friday morning:

Summit Observations:Summit tiltmeters recorded a switch to deflationary signals at 3 PM yesterday. Volcanic tremor associated with the eruption—as recorded by nearby seismometers—restarted at 2:10 PM yesterday afternoon. Earthquake activity in the summit region remains below background level. A sulfur dioxide (SO2) emission rate of approximately 5,000 tonnes per day was measured on December 28, 2021 in the summit region while the lava lake was very active.

The surface of the lava lake is active again, scientists say, with several large overflows onto older lake crust in the evening.

“Strong glow was visible in the evening sky from Volcano to lower Puna,” the USGS noted.