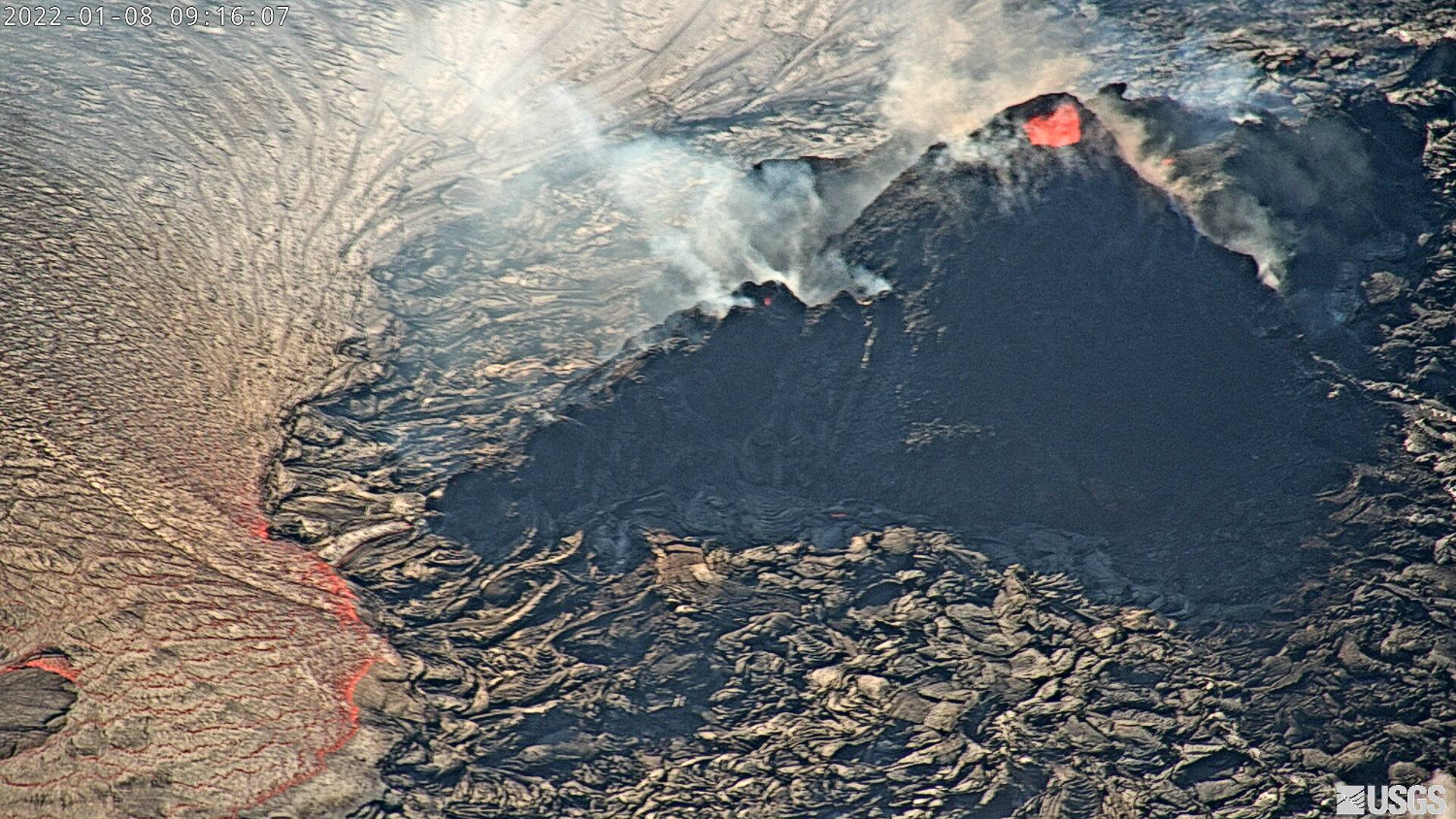 (BIVN) – The summit eruption of Kīlauea volcano has resumed, ending a day-long pause in activity.

Summit tiltmeters began recording rapid inflation at about 3:00 p.m. yesterday, January 7. The tiltmeters began recording slow rates of deflation around 9:00 p.m. last night, which has continued into this morning. Volcanic tremor associated with the eruption—as recorded by nearby seismometers—rapidly increased around 8:30 p.m. yesterday and remains elevated. Earthquake activity in the summit region remains below background level. A sulfur dioxide (SO2) emission rate of approximately 3,300 tonnes per day was measured on the morning of January 6, in the summit region while the lava lake was active.

The surface of the lava lake is active again, with several overflows onto older lake crust, scientists say.

No unusual activity has been noted in the Kīlauea East Rift Zone. Lava has been confined to the summit crater within Hawaiʻi Volcanoes National Park. The USGS Volcano Alert Level remains at WATCH.