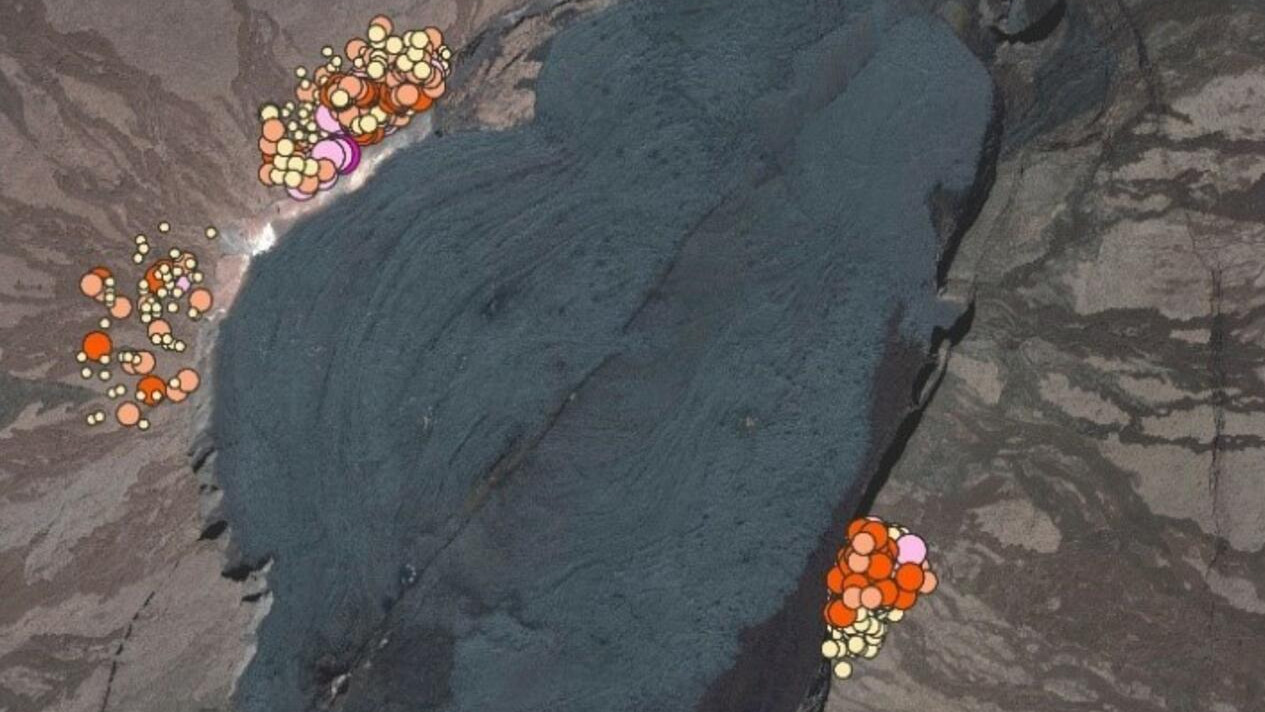 USGS: Inset of USGS map of explosive deposits at the edge of Moku‘āweoweo, the summit caldera of Mauna Loa. Full map below.

VOLCANO WATCH: Evidence Of Past Explosive Behavior At Mauna Loa

HAWAIʻI ISLAND - Scientists are deciphering debris products, erupted from Mauna Loa in the past, that are pyroclastic or explosive in character. 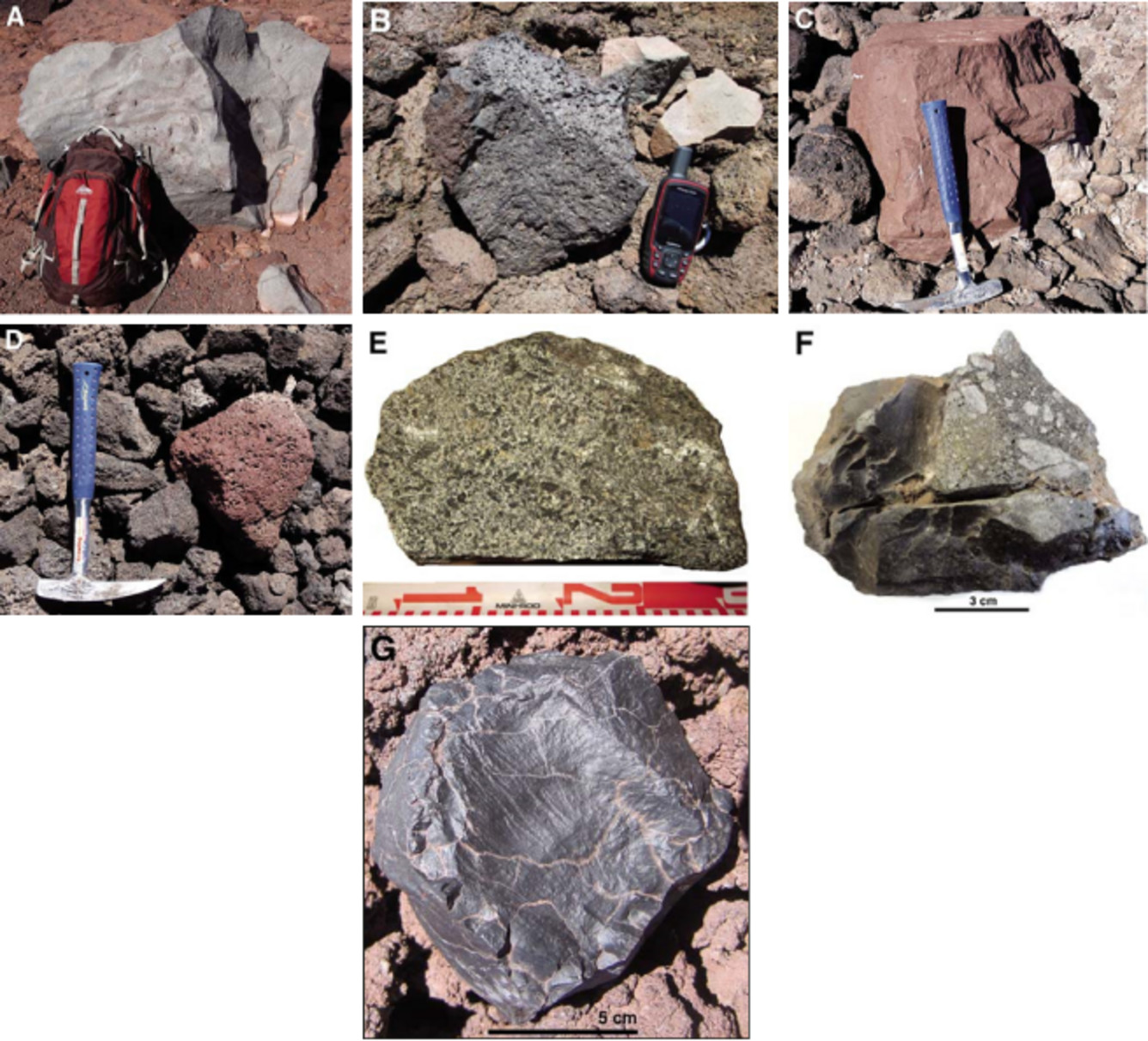 (BIVN) – In this week’s Volcano Watch article, U.S. Geological Survey Hawaiian Volcano Observatory scientists and affiliates write about the evidence for past explosive behavior at Mauna Loa. From the USGS HVO:

Mauna Loa is known for its effusive eruptions that produce spectacular lava flows. However, some of the volcanic products found on Mauna Loa are pyroclastic or explosive in character.

Evidence of a more violent style of eruption has been identified in the form of debris fans. These deposits are largely made up of solidified blocks, lapilli (pieces <2.5 inches), and ash.

The age and general location of the deposits were discussed in an earlier “Volcano Watch” article published in 2018. Here, we describe the rock types and sizes, which are used to help constrain the vent locations and size of these unusual explosive eruptions.

Generally, the ejected rocks are roughly equivalent in size and abundance along the central axis of each fan, and they decrease in size with increasing distance from the caldera rim.

We documented over 1,000 clasts from the debris fan on the northwest rim. The clasts were dominated by ponded lava ejecta, both unaltered and altered, totaling 78 percent. Pāhoehoe clasts, both unaltered and altered, are the second most abundant, at 20 percent, while gabbroic xenoliths and bread-crust or crackle-surface rocks each comprise 1 percent of the deposit. Clasts in the northwest fan range in size from 3–220 cm (1–87 in) in diameter, with an average size of 26 cm (10 in). 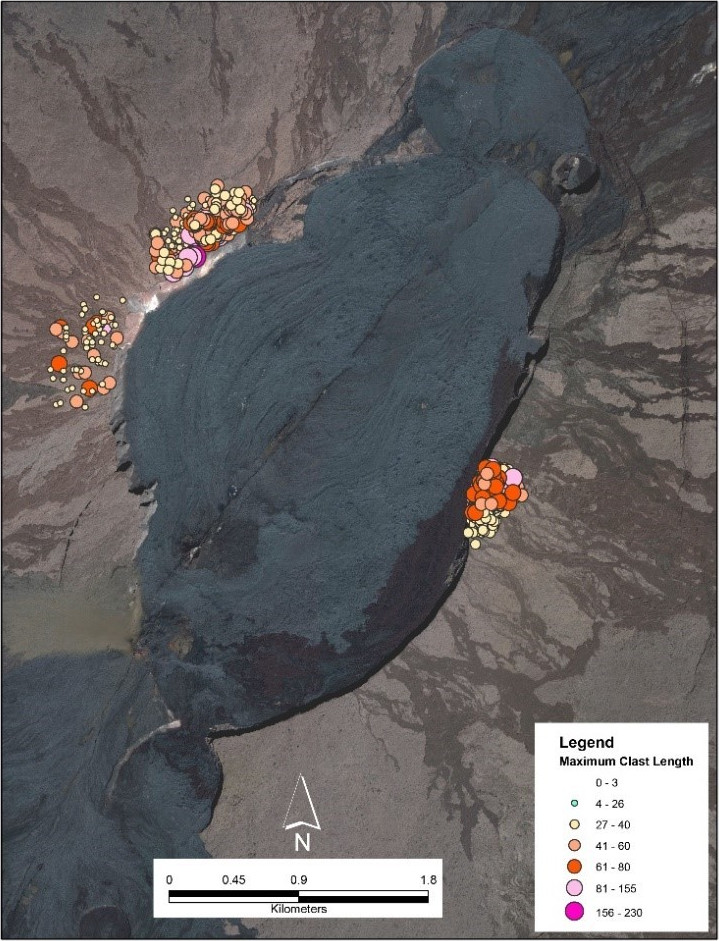 ABOVE: “Map of explosive deposits at the edge of Moku‘āweoweo, the summit caldera of Mauna Loa. Map showing the size distribution of ejecta, sorted by maximum length in centimeters (one inch is about 2.5 cm). The colors indicate the different size fractions in centimeters. The largest blocks were found closest to the rim. In general, clast size diminished with increasing distance, but medium-sized blocks were found nearly at the distal extent of fan limits. The dark flows in the image outside the caldera are the youngest ‘a‘ā flows.” (USGS)

West fan clasts, types, and sizes are randomly scattered at varying distances from the caldera rim, with no clear dispersal pattern. We cataloged over 340 clasts; pāhoehoe, both unaltered and altered, is the most abundant at 44 percent, followed by ponded lava, both unaltered and altered, at 24 percent. Clasts range from 2–90 cm (0.8–35 in), with an average of 20 cm (8 in).

The flow samples indicate the explosions occurred at depth, and had to break through overlying lava flows. Many of the pāhoehoe blocks are rounded, suggesting that they were tumbled in the vent or recycled a few times before ejection. Gabbros represent crystalized lava lake(s).

The most unusual blocks have “bread-crust” textures or have water-quenched-type outer surfaces (crackled). We interpret the bread-crust-textured clasts as the ejected clots of residual melts of crystallizing shallow magma bodies, similar to those that produced the gabbroic xenoliths. This residual melt was still molten or plastic when the explosive activity occurred. In contrast, the crackle-surfaced types are the result of hot rocks being rapidly quenched.

So why is this information so important? Based on simple geometry of the arcuate shaped deposit fans, clast type, and size distribution, we can determine that the sources of these explosive eruptions were from vents on the caldera floor adjacent to the deposits found on the rim.

We know that explosive eruptions have occurred on Mauna Loa before, and that this type of activity is likely to happen again. Although no one lives at the summit of Mauna Loa, explosive eruptions have the potential to pose a threat to hikers, aircraft, and communities downwind that could experience ashfall. This study adds another important dimension in reconstructing the long-term eruptive history of Mauna Loa.

Mauna Loa is not erupting and remains at Volcano Alert Level ADVISORY. This alert level does not mean that an eruption is imminent or that progression to an eruption from the current level of unrest is certain, scientists say.