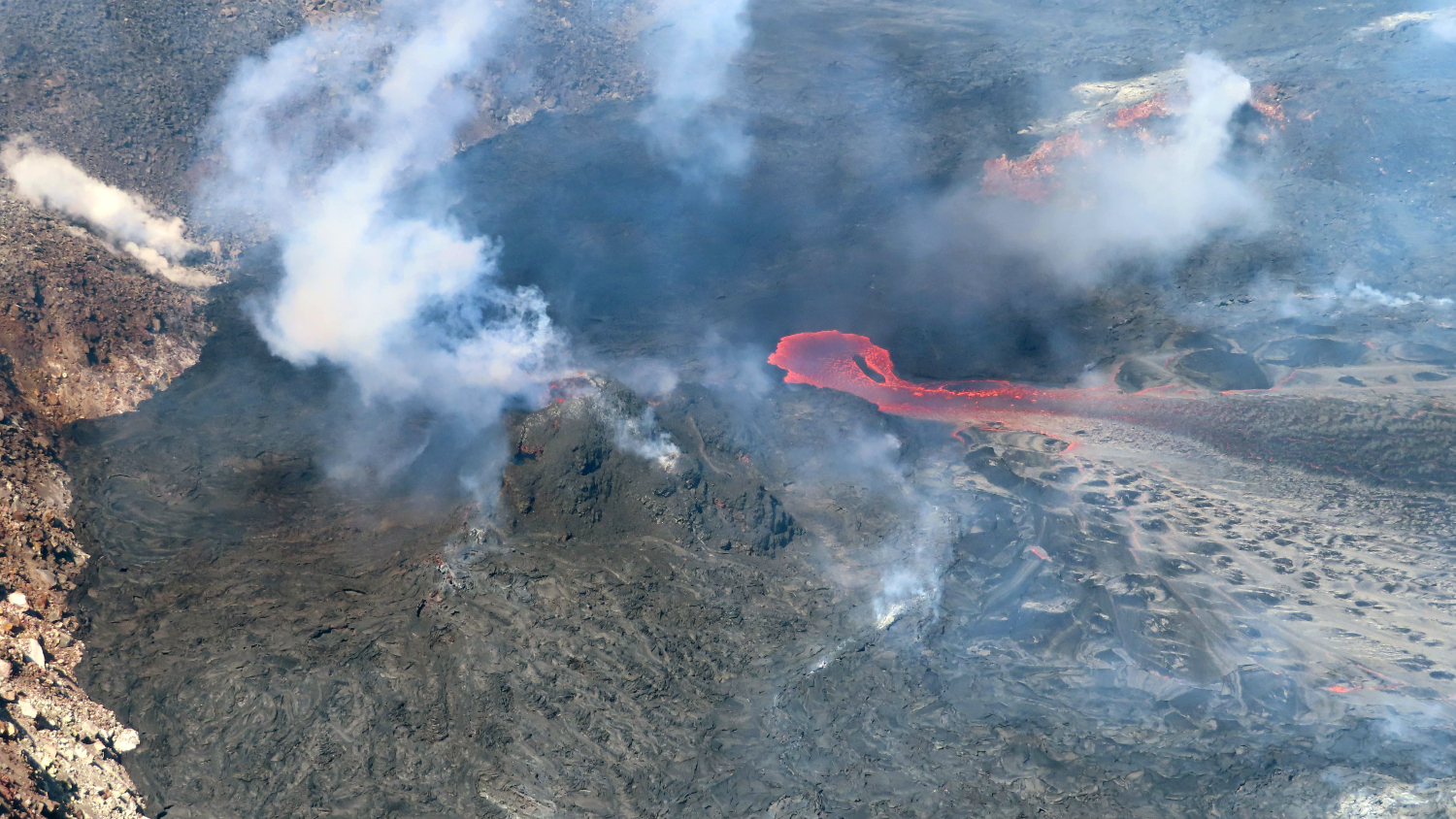 USGS: "View of the west vent cone and adjacent pond of lava flowing into the larger active lava lake within Halema‘uma‘u crater, at the summit of Kīlauea. A small amount of spatter can be seeing erupting from the vent." USGS photo taken on the south rim by J.M. Chang on January 21, 2022.

HAWAIʻI VOLCANOES NATIONAL PARK - Scientists say there has been only intermittent lava activity within Halemaʻumaʻu since the weekend. 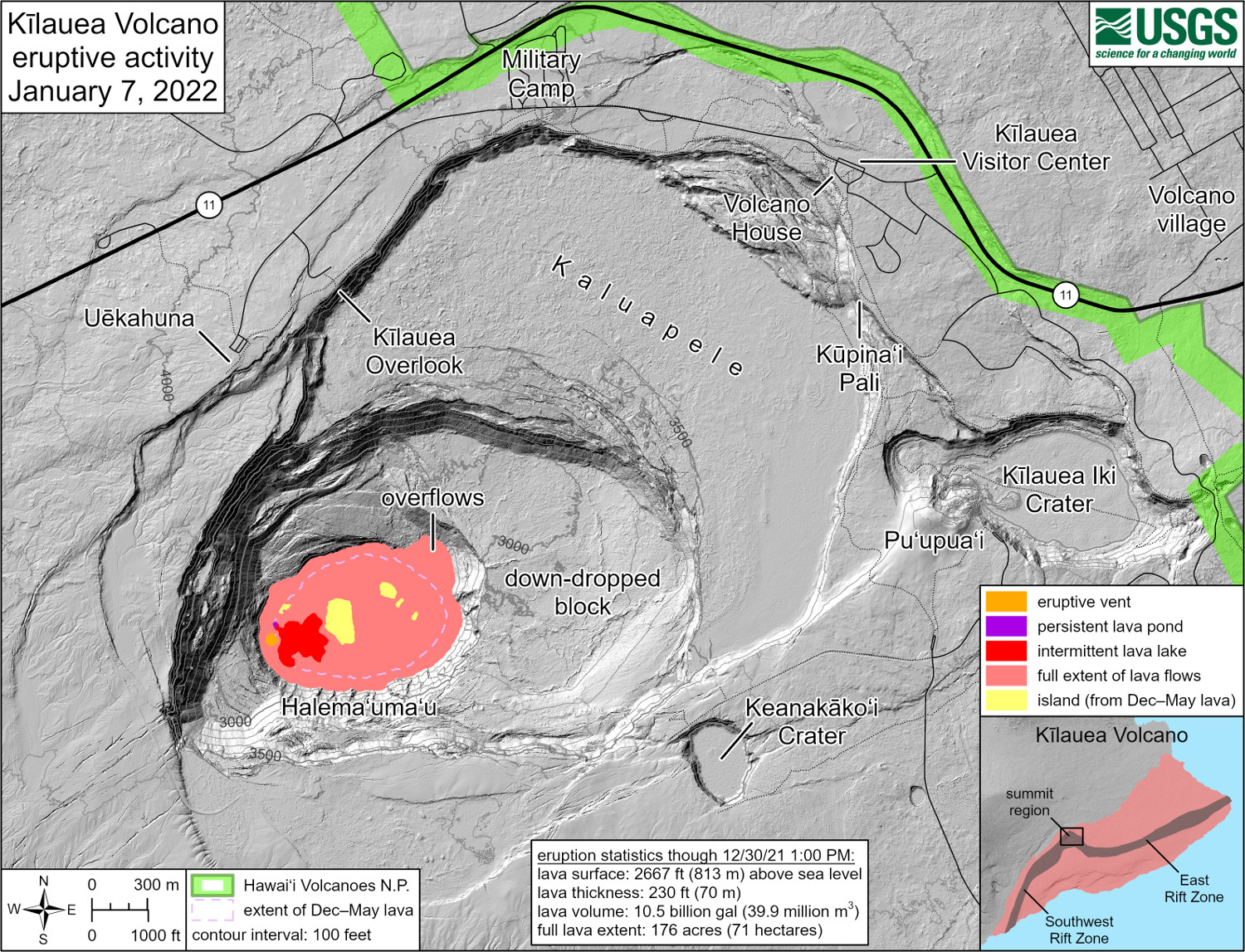 USGS: “This reference map depicts the ongoing Kīlauea summit eruption on January 7, 2022. One eruptive vent is intermittently active within Halemaʻumaʻu, along the western edge of the lava lake. When this vent is effusing lava, it pours into the active portion of the lake, colored red on this map. During eruptive pauses, the only active lava is within a pond just north of the vent, colored dark purple on this map. The eruption statistics provided here are current as of the last HVO overflight on December 30, 2021; the volume-averaged surface of the whole lava lake was approximately 2,667 ft (813 m) above sea level at that time. Lava is presently visible from three public visitor overlooks in Hawaiʻi Volcanoes National Park: Kīlauea Overlook can see the southeastern edge of the lava lake, Keanakākoʻi Overlook can see the eruptive vent and surrounding lava, and Kūpinaʻi Pali (Waldron Ledge) can barely see the top of the vent.”

(BIVN) – The eruption at the summit of Kīlauea Volcano appeared greatly diminished as of Monday morning.

The USGS Hawaiian Volcano Observatory reported that there has been only intermittent lava activity today, confined to a small pond north of the west vent cone in Halemaʻumaʻu. There has been several hours between short-lived periods of new lava input since Sunday afternoon. Scientists say there are no indications of activity migrating elsewhere on Kīlauea.

The inflation that started just before Sunday continued until this morning around 3 a.m. HST, scientists say, and summit tiltmeters have recorded deflation since that time. “Volcanic tremor associated with the eruption—as recorded by nearby seismometers—is steady and low, although still above pre-eruption background values,” USGS said.