HONOLULU, Hawaiʻi - Under a new Senate Bill, the minimum wage could increase incrementally from $12 to $18 per hour in four years. 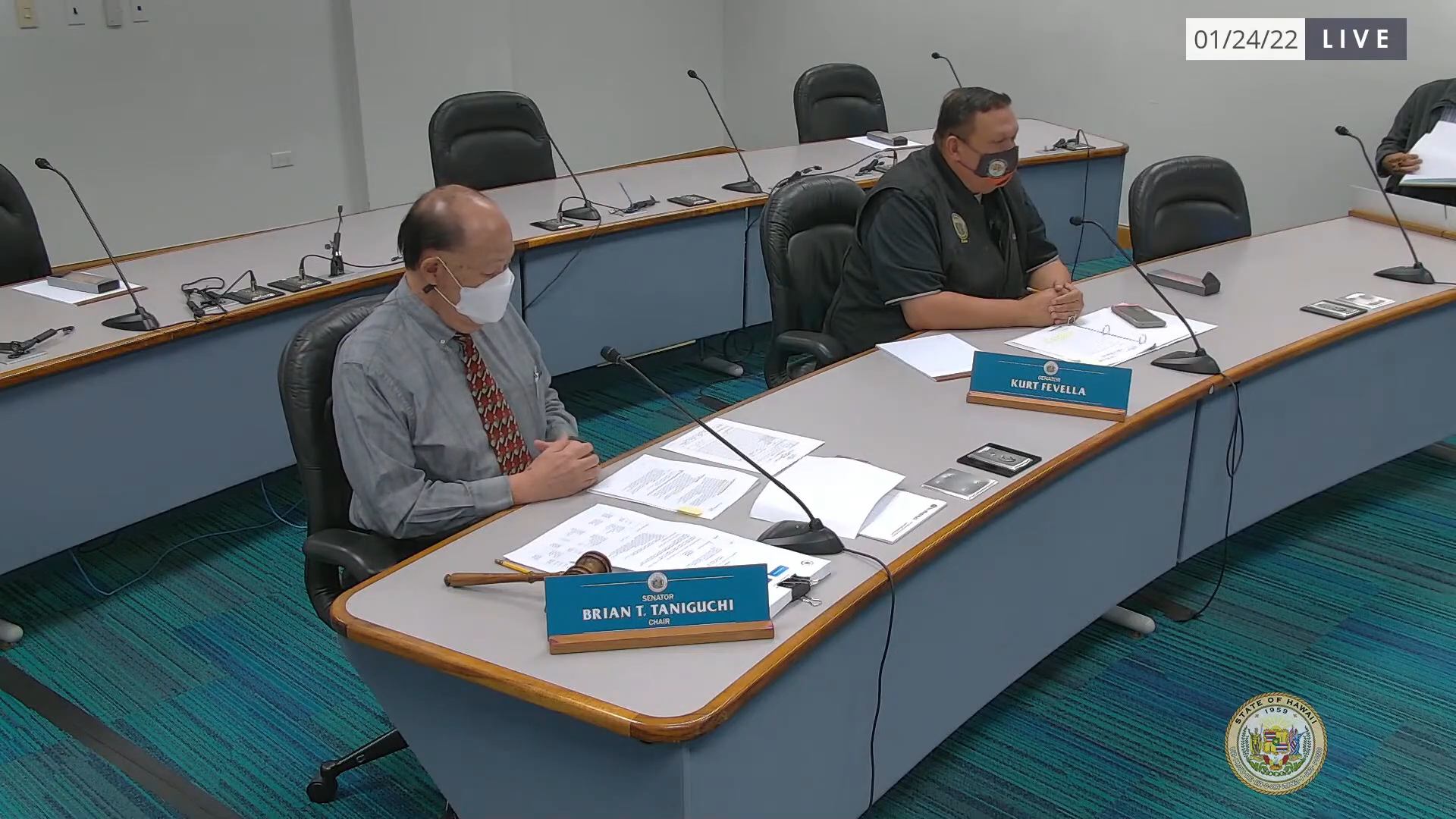 (BIVN) – The Hawaiʻi State Senate is proposing an increase in the minimum wage.

The Senate Committee on Labor, Culture and the Arts held a hearing on the bill on Monday. Voices from Hawaiʻi island represented both sides of the issue.

“We’re here to testify strongly in support of increasing the minimum wage. As housing providers, we’ve seen that the price of housing has gone up, wages have stayed the same, and that leads to more people experiencing homelessness. The number one reason for homelessness here on Hawaiʻi island is that there’s a lack of affordable housing available to people. Especially our local residents, who are being priced out. As you know, out-of-state buyers and real estate investment trusts, and others, are coming in and buying up property, while … our local people are being forced out onto the streets. So, we strongly we strongly support this measure. We also would ask that you consider an amendment that would eliminate the earned tip credit. And also that we tie the wage to the cost of living in the future, so that we don’t ever get into a place where there’s such a huge disparity between wages and the cost of living again.”

Wendy Laros, the president and CEO of the Kona-Kohala Chamber of Commerce, spoke in opposition:

“We know that Hawaii’s high cost of living adversely impacts our local residents, and understand that minimum wage legislation is introduced as a way to address this issue. However, we must examine the cost of doing business and how this legislation impacts businesses that actually pay the wages and provide the jobs. The minimum wage increases presented in SB2018 are simply too much, too soon. Businesses are struggling with multiple issues right now and into the foreseeable future, such as the lingering pandemic, labor shortages at all levels, increased costs, and supply chain disruptions. For these reasons, the Kona-Kohala Chamber of Commerce opposes SB2018 relating to minimum wage.”

Before he joined his fellow committee members in support of the bill, Senator Kurt Fevella said the discussion brought him back to when he was earning $3.35 an hour as minimum wage, “and at that time I thought I was balling. Then I went to work Pizza Hut, who gave me a couple of dollars more, and I thought I was on my way to be a millionaire.”

“But we live in a world of reality, and it’s time to make a change,” Sen. Fevella said. “We need to do this now.”

The Senate Committee on Labor, Culture and the Arts voted to recommend the measure be passed, unamended.

According to the committee report:

Your Committee finds that a majority of credible studies conclude that higher minimum wages appreciably boost workers’ earnings with little or no effect on employment. A 2018 study by the U.S. Census Bureau found that raising the minimum wage benefits a large majority of low-income workers by putting them on the path to higher earnings in the long-term and decreasing income inequality. Your Committee further finds that there is currently a significant difference between Hawaii’s minimum wage and what is needed to afford basic needs in the State. According to a report titled “Self-Sufficiency Income Standard – Estimates for Hawaii 2020” issued by the Department of Business, Economic Development, and Tourism in December 2021, approximately 18.2 percent of two-adult couples with no children, and 34.7 percent of two-adult couples with two children had incomes below the self-sufficiency standard in 2020. For single-adult with no children, single-adult with one child, and single-adult with two children 43.1 percent, 50.0 percent, and 80.0 percent had incomes below the self-sufficiency level, respectively. Furthermore, despite the State’s high cost of living, according to the Department of Labor and Industrial Relations, twenty-two states and the District of Columbia have minimum wages higher than Hawaii. Your Committee also finds that the annual inflation rate in the United States accelerated to seven percent in the last month of 2021, the highest since June of 1982, which will further increase in the cost of living in the State.

The Senate Ways and Means Committee will next hold a hearing on the bill on Thursday, January 27.