HAWAIʻI ISLAND - The video examines the magma intrusion into the Kīlauea's South Caldera region in August, the largest deformation signal this year. 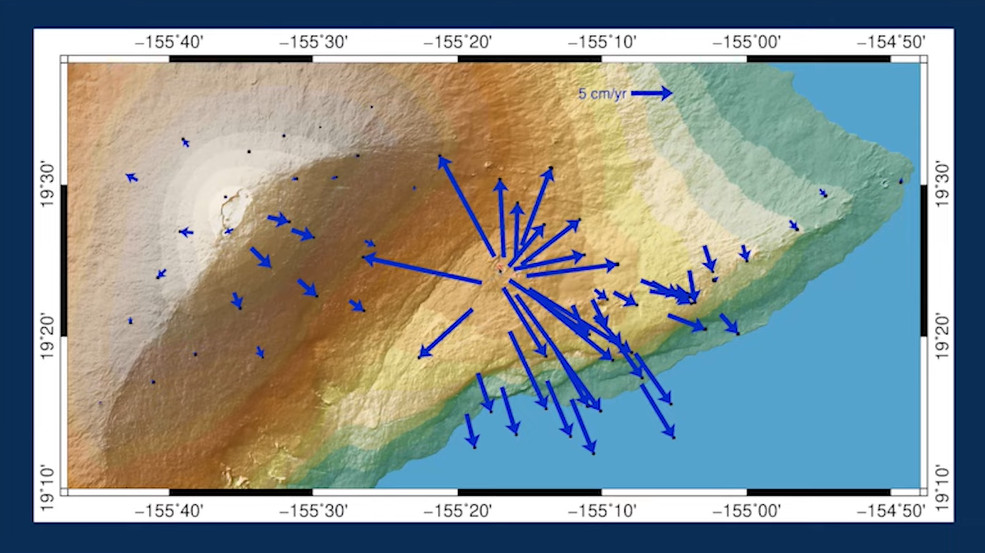 image from slide presented in video by USGS

(BIVN) – A new USGS Volcano Awareness Month video summarizes the volcanic deformation observed on Hawaiʻi island in 2021, which scientists called “an interesting year for deformation at both Kīlauea and Mauna Loa volcanoes.”

“At Kīlauea, 2021 provided a glimpse of what the future might hold as the system recovers from the large collapses that accompanied the 2018 lower East Rift Zone eruption,” the USGS wrote in an introduction to the 22 minute presentation. “At Mauna Loa, deformation changes over the past year were more subtle but indicated that previously unobserved, new processes were occurring.”

One slide summarized the main take-aways from the presentation:

The video was presented as part of Volcano Awareness Month, which is spearheaded by the USGS–Hawaiian Volcano Observatory, in cooperation with Hawai‘i Volcanoes National Park, Hawaiʻi County Civil Defense Agency, and the University of Hawai‘i at Hilo.