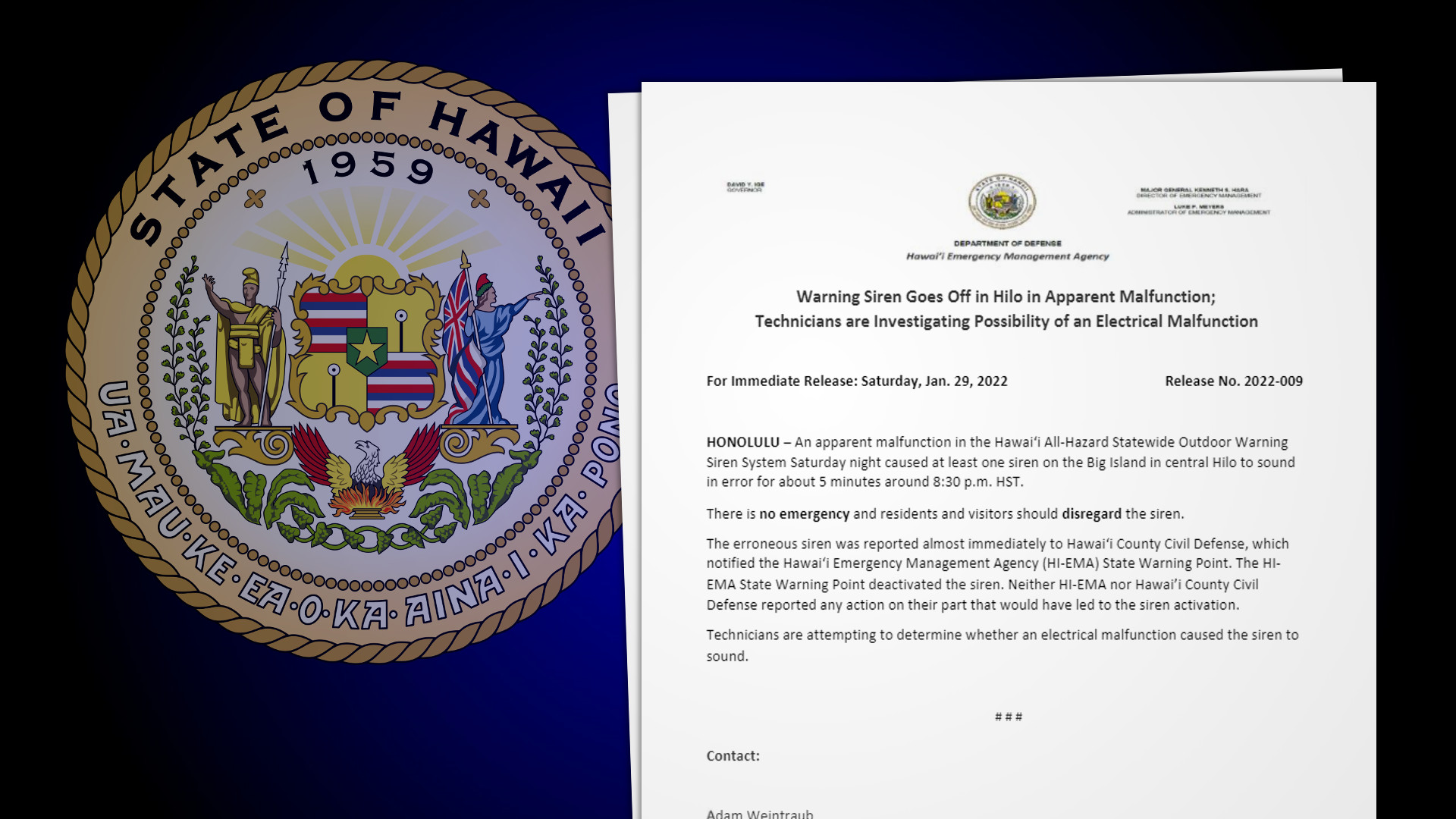 HILO, Hawaiʻi - The alarm from the Outdoor Warning Siren System that was heard at 8:30 p.m. Saturday was an "apparent malfunction", officials say.

(BIVN) – A emergency siren that sounded off in Hilo on Saturday evening was reported to be a false alarm.

The Hawaiʻi County Civil Defense issued a radio message, confirming that there was “no incident occurring”, and that officials were “investigating the cause of this false siren sounding.”

The Hawaiʻi Emergency Management Agency followed up with this news release on Saturday evening:

An apparent malfunction in the Hawai‘i All-Hazard Statewide Outdoor Warning Siren System Saturday night caused at least one siren on the Big Island in central Hilo to sound in error for about 5 minutes around 8:30 p.m. HST.

There is no emergency and residents and visitors should disregard the siren.

The erroneous siren was reported almost immediately to Hawai‘i County Civil Defense, which notified the Hawai‘i Emergency Management Agency (HI-EMA) State Warning Point. The HI-EMA State Warning Point deactivated the siren. Neither HI-EMA nor Hawai’i County Civil Defense reported any action on their part that would have led to the siren activation.

Technicians are attempting to determine whether an electrical malfunction caused the siren to sound.