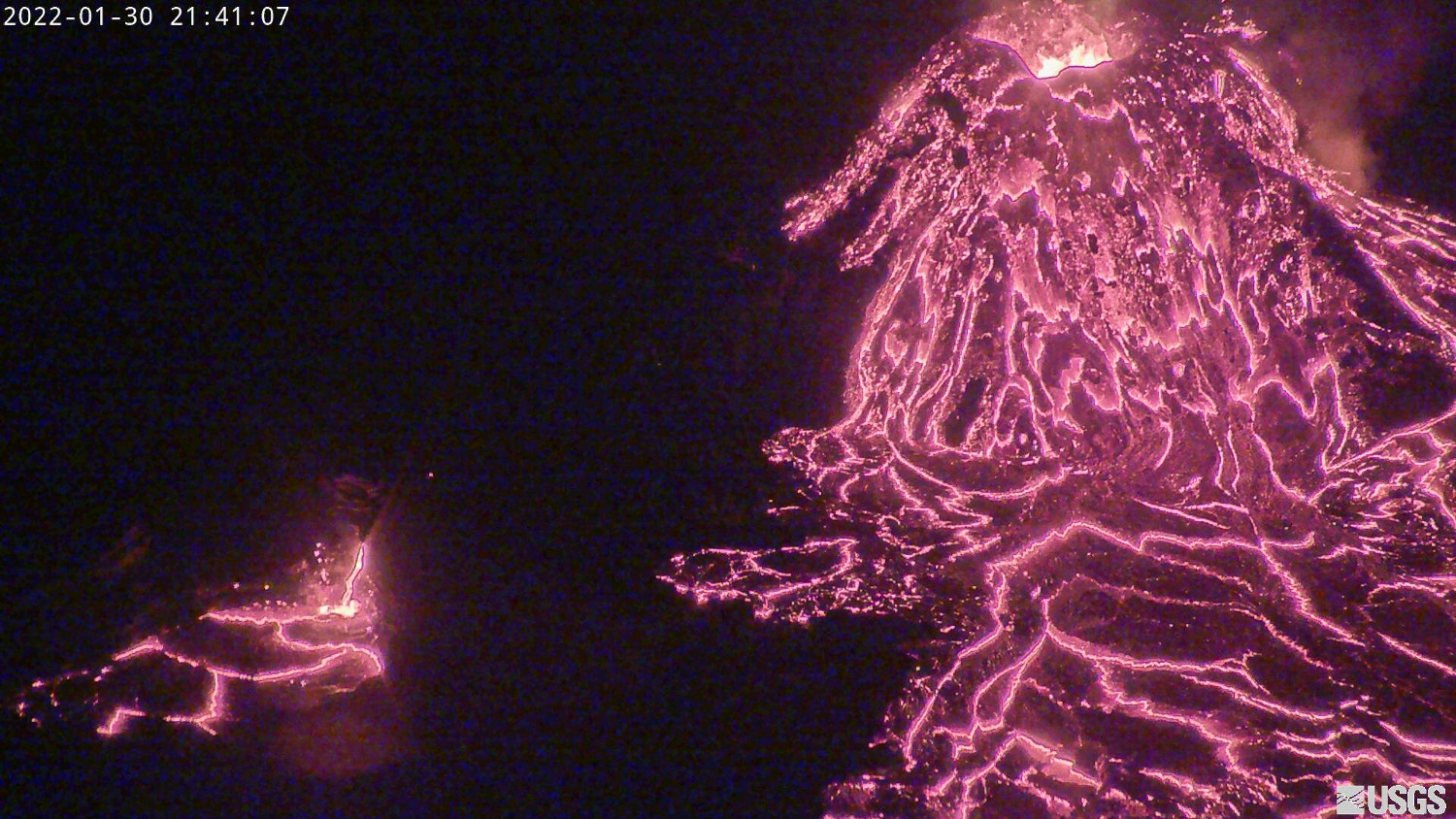 image from USGS webcam showing the eruption at the west vent in Halemaʻumaʻu crater, which resumed on Sunday evening 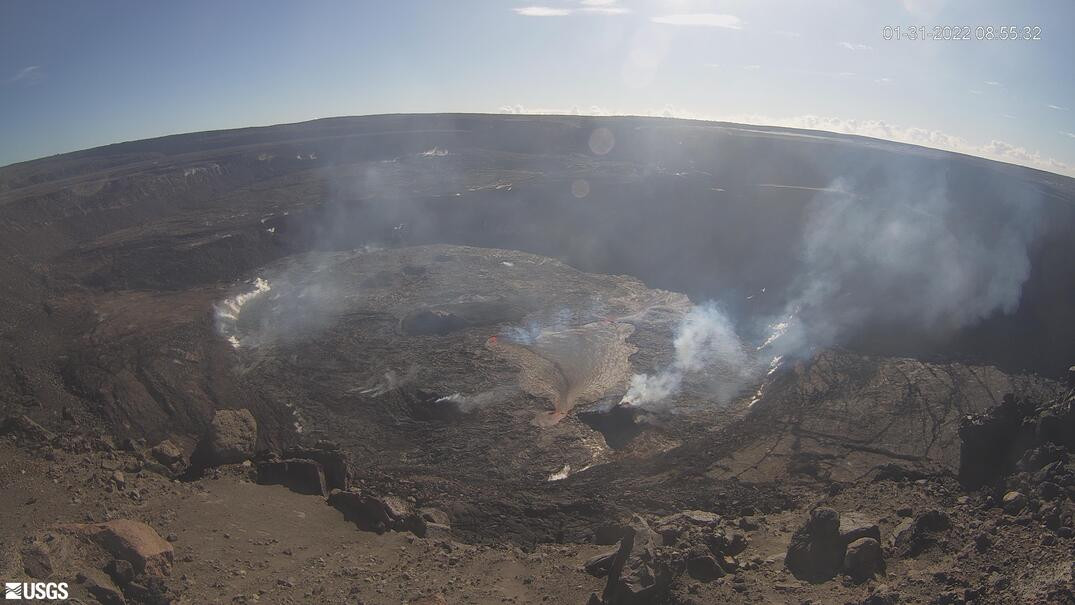 image from USGS webcam showing panorama of Halemaʻumaʻu and down-dropped caldera floor from the west rim of the summit caldera, taken on Monday morning just before 9 a.m.

(BIVN) – The eruption of lava from the west vent within Halemaʻumaʻu crater at the summit of Kīlauea resumed on Sunday evening and continues this morning.

The USGS Hawaiian Volcano Observatory says that at approximately 9:30 p.m. HST on January 30, lava began to overflow the west vent cone to the northwest.

The new activity also brought some changes to the lava lake level. From the USGS:

The eruption resumed prior to the occurrence of a Magnitude-4.0 earthquake under the south part of Hawai‘i island early Monday morning. “The earthquake had no apparent effect on Kīlauea or Mauna Loa volcanoes,” said HVO Scientist-in-Charge Ken Hon.

As has been the case for the entire four-month eruption so far, all lava activity has been confined to the crater, and there are no indications of activity migrating elsewhere on Kīlauea.