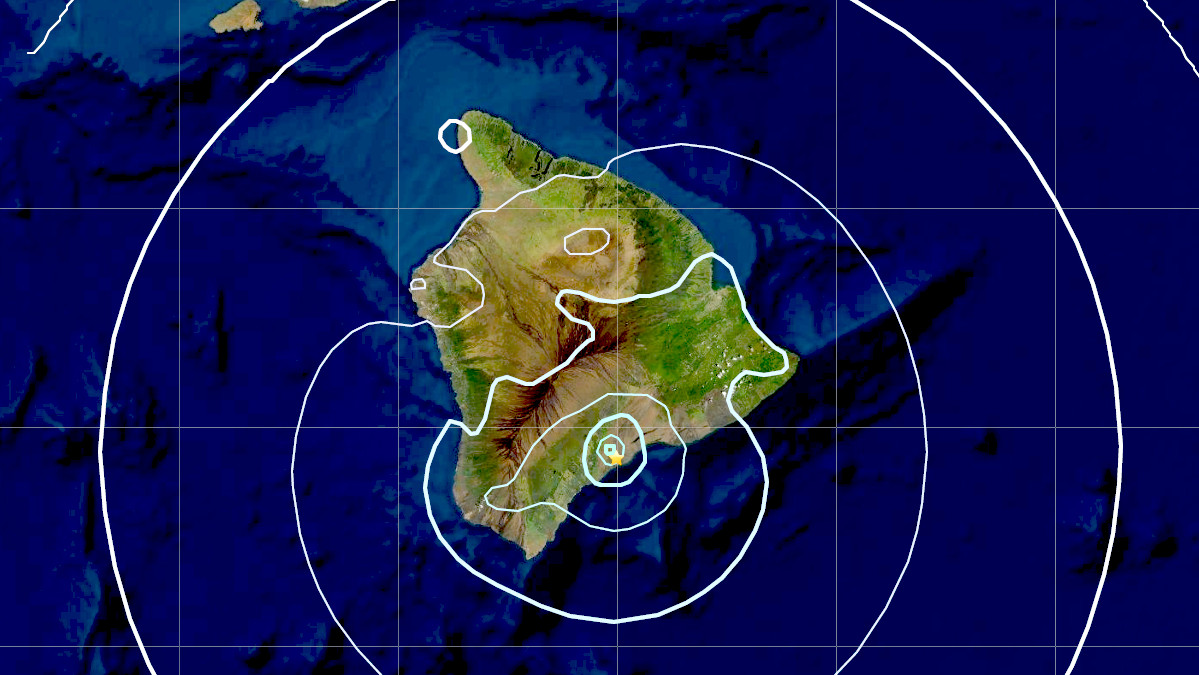 interactive map showing the location of the earthquake courtesy USGS

PĀHALA, Hawaiʻi - Scientists say the Monday morning earthquake appears to be part of the seismic swarm under the Pāhala area, which has been going on for over a year.

The earthquake, centered about 5 miles east-northeast of Pāhala at a depth of 20 miles, did not generate a tsunami and – with a maximum Intensity of IV on the Modified Mercalli Intensity Scale Intensity Scale – was not expected to have caused significant damage to buildings or structures.

In an information statement provided by the USGS Hawaiian Volcano Observatory, seismologist Jefferson Chang said the earthquake “appears to be part of the seismic swarm under the Pāhala area, which has been going on for over a year. Out of over ten thousand earthquakes that were detected in the area over the past year, four have been magnitude-4 or greater.”

HVO Scientist-in-Charge Ken Hon said, “The earthquake had no apparent effect on Kīlauea or Mauna Loa volcanoes. The eruption in Halema‘uma‘u at Kīlauea summit resumed yesterday evening and we do not see any detectable changes in that eruption as a result of these earthquakes.” HVO continues to monitor Hawaiian volcanoes for any changes.

Scientists say earthquakes beneath Kīlauea’s lower Southwest Rift Zone are produced mostly at depths of 15 to 25 miles, beneath the town of Pāhala in Kaʻū, and extending about 6 miles offshore. “Earthquakes in this region have been observed at least as far back as the 1960s and are posited to be related to deep magma pathways under the island,” USGS says.