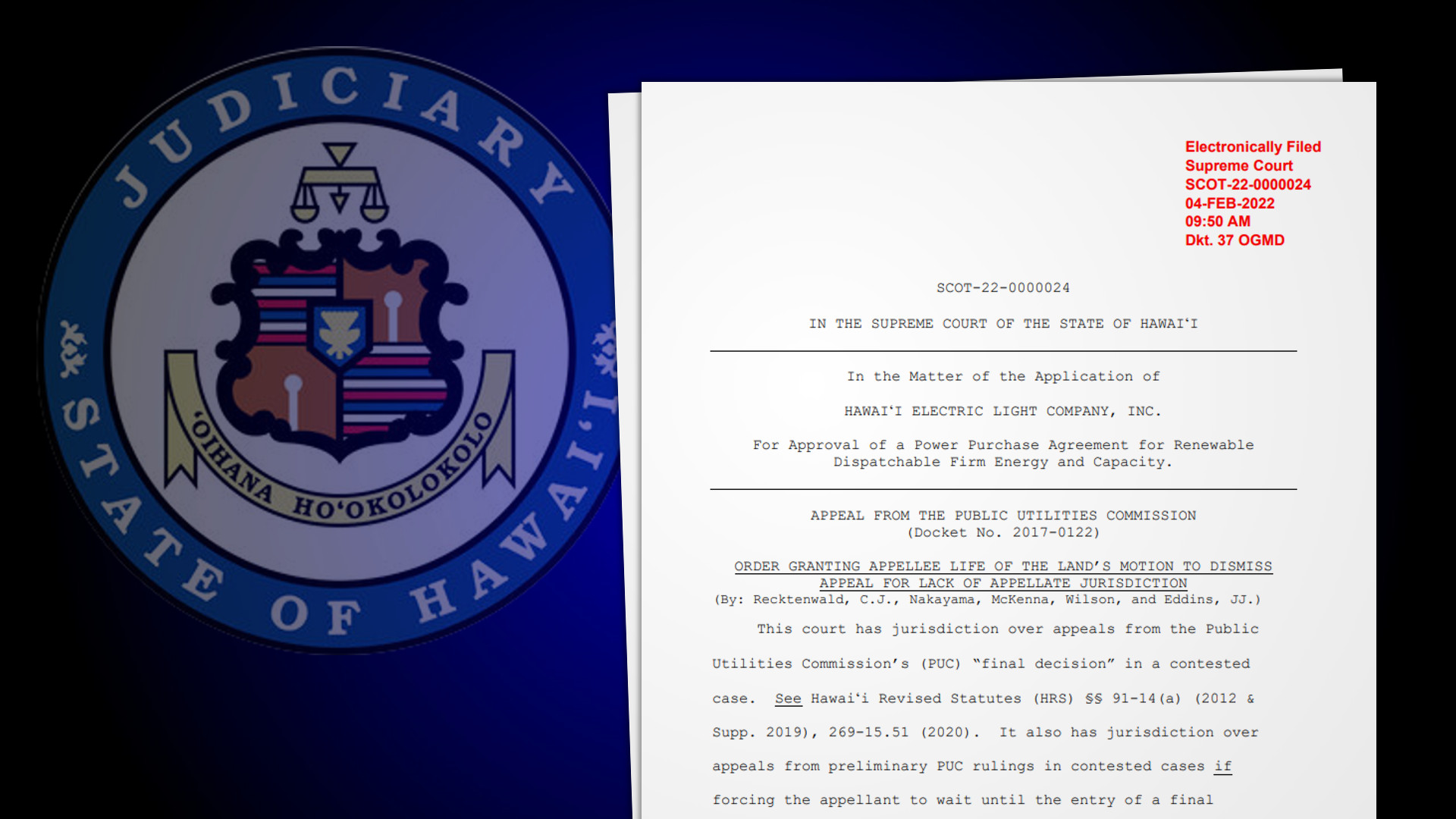 (BIVN) – The latest Hu Honua Bioenergy appeal to the Hawaiʻi Supreme Court has been dismissed.

The bioenergy company recently appealed two Hawaiʻi Public Utilities Commission orders, resulting in a suspension of the PUC docket (2017-0122) and a delay of an evidentiary hearing that was set to begin on January 31. The PUC had denied a Hu Honua motion to continue the hearing.

The docket, which dates back to 2017, concerns an application for approval of a power purchase agreement between Hu Honua and the Hawaiian Electric Company for energy produced at the refurbished power plant in Pepeʻekeo.

The Life of the Land non-profit, opposing the power purchase agreement, filed a motion to dismiss the Hu Honua appeal. The Hawaiʻi Supreme Court granted the motion on Friday.

The high court dismissed the appeal for lack of appellate jurisdiction, noting that the PUC orders “are standard-issue preliminary orders.”

“An appeal taken from the denial of a motion to continue would be remarkable in any circumstance,” reads the Hawaiʻi Supreme Court order. “But this appeal is particularly outlandish because for months Hu Honua assented to and complied with the PUC’s procedural schedule.”

The court concluded its ruling by noting that until the PUC issues a final decision, “any appeal by Hu Honua (including this one) merely creates unnecessary delay.”