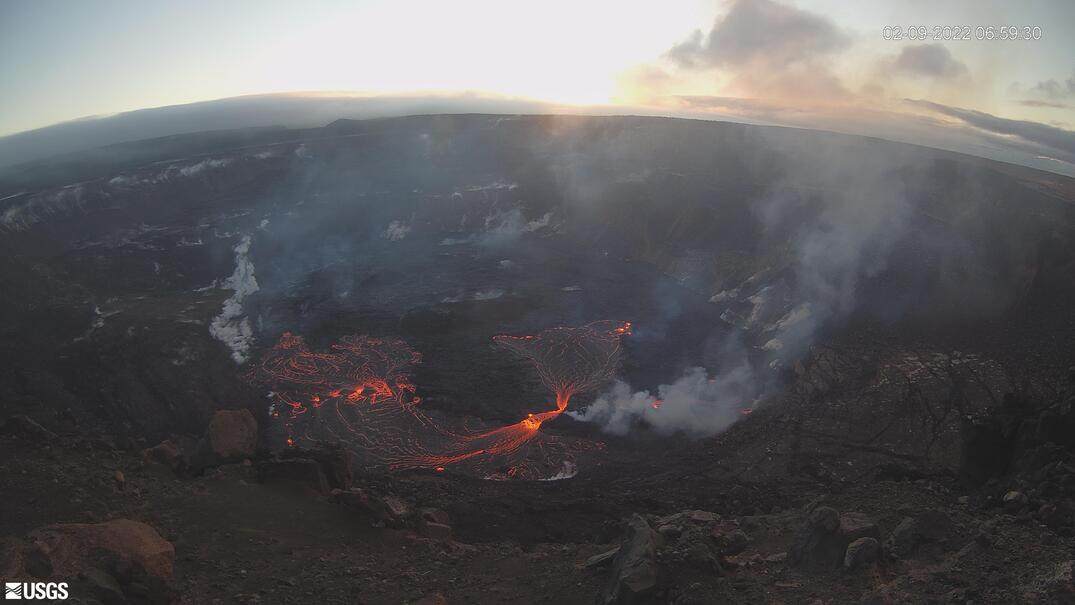 View of Halemaʻumaʻu and the lava lake from a USGS webcam on the west rim of the summit caldera, looking east, on Wednesday morning.

HAWAIʻI VOLCANOES NATIONAL PARK - The eruption of lava from the west vent within Halemaʻumaʻu crater resumed on Wednesday morning, February 9. 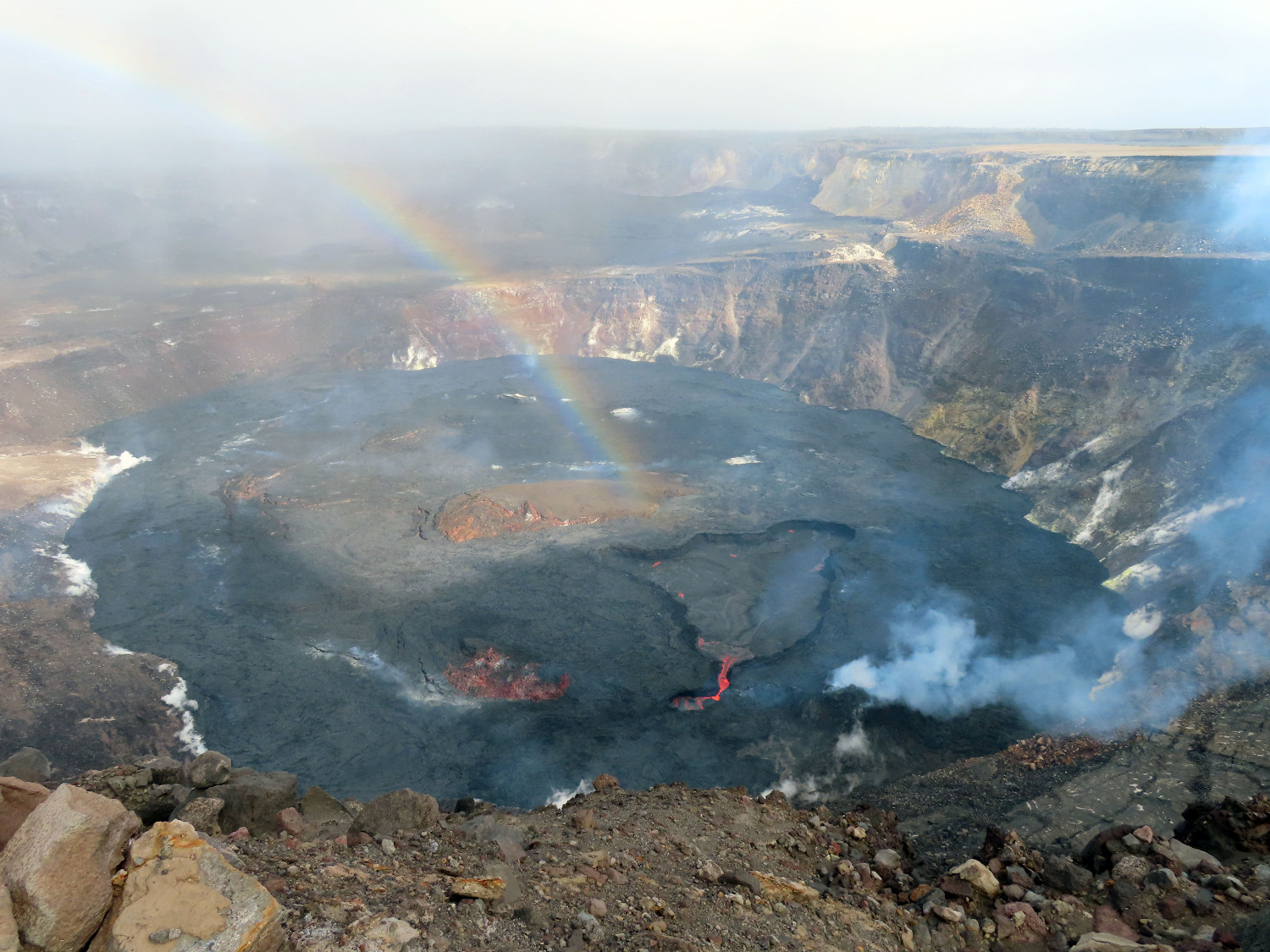 USGS: “On the afternoon of Monday, February 7, 2022, Kīlauea’s summit lava lake activity was located on the west side of Halema‘uma‘u crater. This view of the eruption, from the west side of the crater (in the vicinity of the KWcam and looking to the east) during a Hawaiian Volcano Observatory eruption monitoring field shift shows the effusive outlet feeding the active pond of lava.” (USGS photo by K. Lynn)

(BIVN) – The on-again, off-again eruption of lava at the summit of Kīlauea volcano continues.

On Wednesday morning, another short pause, lava effusion from the west vent within Halemaʻumaʻu crater resumed at approximately 1:20 a.m. HST. There continues to be no indication of activity migrating elsewhere on Kīlauea, scientists say.

From the most recent USGS Hawaiian Volcano Observatory update:

Immediately preceding resumption of eruptive activity, the surface of the active lava lake was 820 meters (2690 feet) above sea level, with a depth of approximately 79 meters (259 feet) relative to when lava emerged on September 29, 2021. Since the eruption resumed, the active lake surface has increased approximately 15 meters (49 feet). Measurements on January 28 indicated that the total lava volume effused since the beginning of the eruption was approximately 45 million cubic meters (12.0 billion gallons) at that time.

No unusual activity has been noted along the East Rift Zone or Southwest Rift Zone, USGS says.