Video courtesy Hawaiʻi State House livestream. A synthesized voice was utilized in the narration for this story.

HONOLULU - HB 1962 would require the Department of Hawaiian Home Lands to study the feasibility of casino-gaming in Hawaiʻi, as well as address potential public health-and-safety concerns. 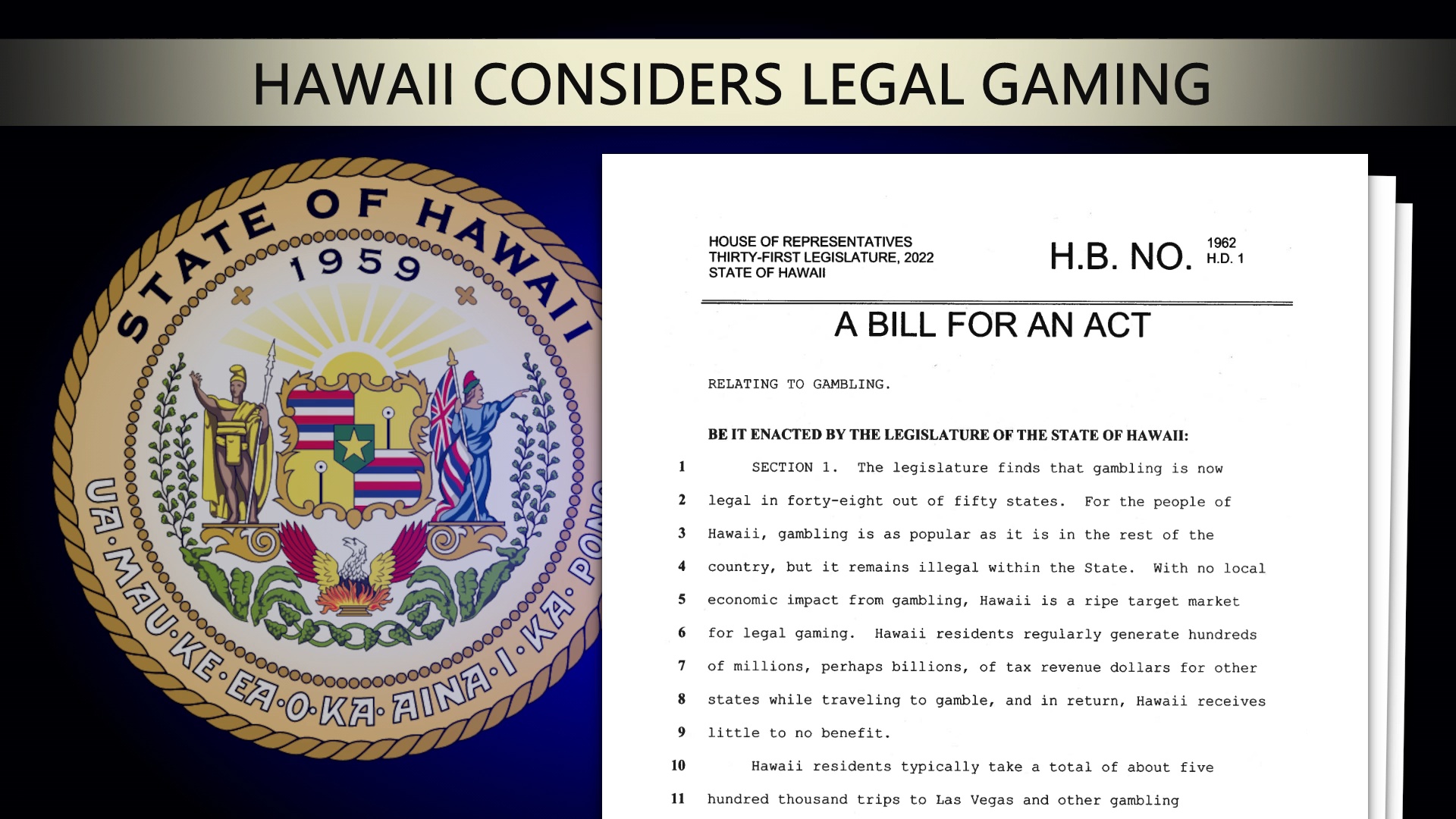 (BIVN) – Hawaiʻi lawmakers are once again considering the pros and cons of legalized gambling as a way to meet the financial needs of Hawaiian home lands.

House Bill 1962 would study the feasibility of casino gaming in Hawaiʻi, as well as address potential public health and safety concerns. The following is taken directly from the house draft of the bill:

Hawaii residents typically take a total of about five hundred thousand trips to Las Vegas and other gambling destinations each year, with many taking multiple trips per year. In 2011, it was reported that Boyd Gaming, a Nevada-based gaming corporation, earns about $600,000,000 from Hawaii annually. In 2021, the chief executive officer of Boyd Gaming disclosed on an investor call that the company relies heavily on gamblers coming from Hawaii.

The idea is that the money generated by the casino will help fund the Department of Hawaiian Home Lands. From the language of the bill:

With over twenty-eight thousand native Hawaiians awaiting homestead leases, the department of Hawaiian home lands struggles to develop land and lots. Current costs for infrastructure development, borne by the department, are in excess of $150,000 per lot. To fulfill the needs of the current waitlist, the department of Hawaiian home lands requires over $6,000,000,000 for infrastructure costs alone to serve its beneficiaries. This significant sum is separate and apart from costs for maintenance of existing lessee communities housing nearly ten thousand beneficiaries, upkeep of several utility systems, and other costs.

Over the last decade, the legislature has funded the department of Hawaiian home lands at higher levels than in previous years, which has provided increased opportunity for the department to increase its reach. However, even by conservative estimates, it will take the department at least another one hundred years to meet the needs of its beneficiaries at current funding levels.

A video live stream from Wednesday’s vote on the floor of the Hawaiʻi State House captured the discussion among lawmakers on both sides of the issue, including remarks from two Hawaiʻi representatives. 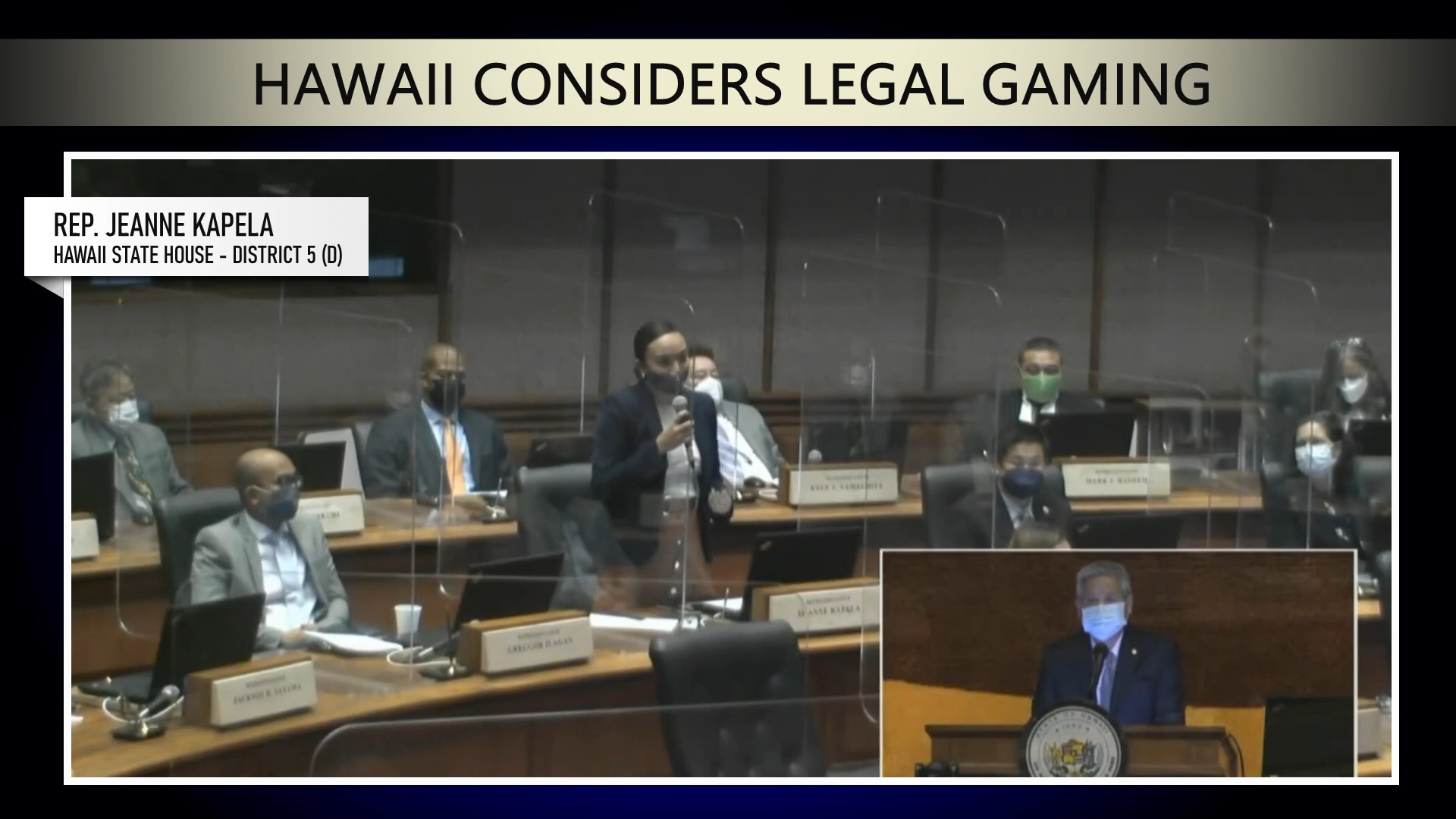 “Hawaiʻi is home to over 2,500 unique and individual sex trafficking survivors,” said Kona’s Rep. Jeanne Kapela (D) in opposition to the bill. “These are women and children who are victimized and trafficked here on our shores and bringing in gambling will only make that number rise. If we care about women and children, then we need to ensure that gambling doesn’t happen on our shores. And if we truly care about the future of Native Hawaiians, then we should be focusing on economic and social justice, initiatives not gambling with their futures.”

“There are some legitimate concerns regarding the future of gaming within our state,” said Hilo’s Rep. Chris Todd (D) in support of the measure, “which is why we should study those potential concerns and potential negative health outcomes, which is exactly what the study intends to do.” 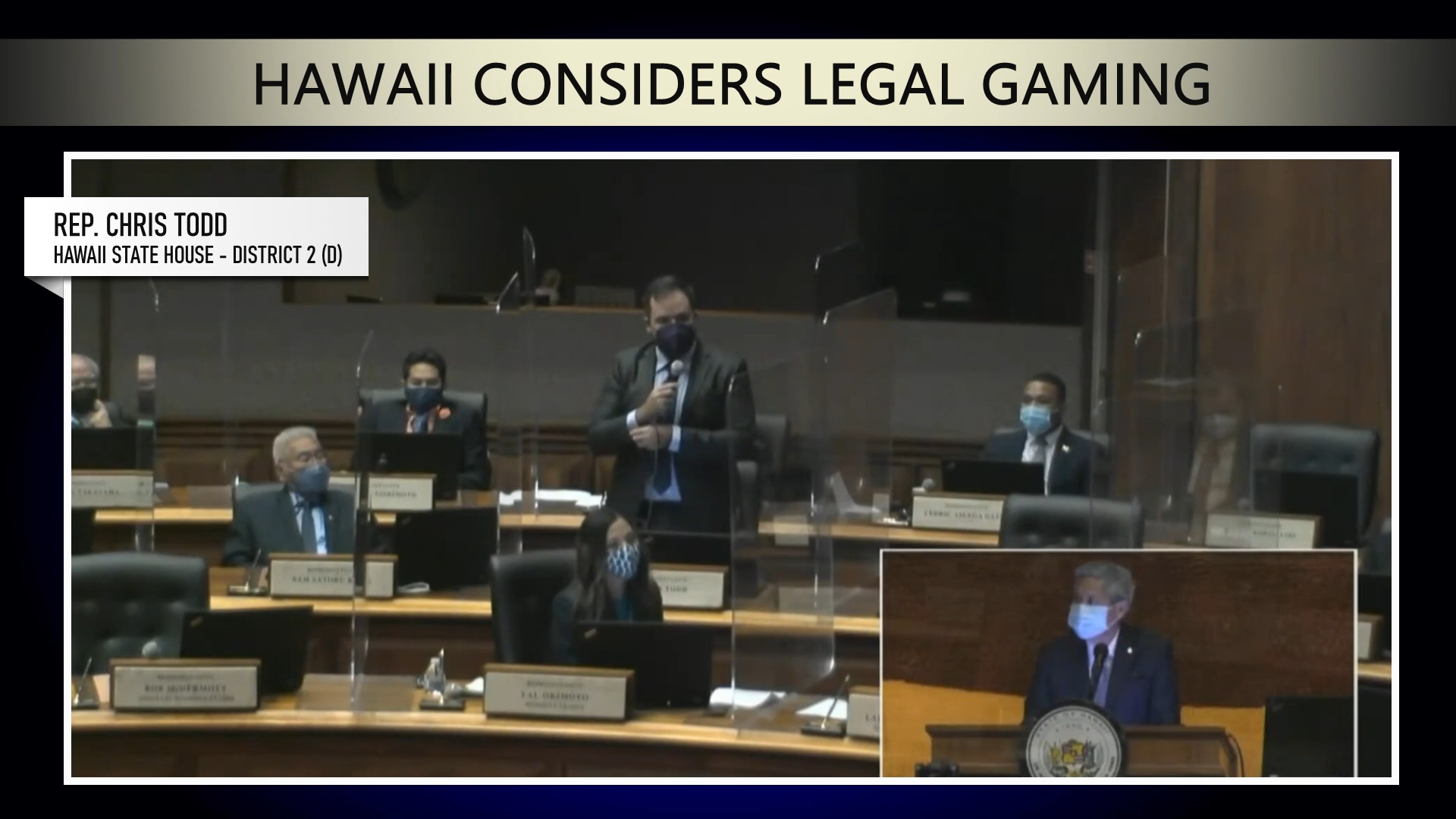 “I did find it pretty ironic, last year, that many of the folks who came out to testify against the legalization of some sort of limited casino gaming are many of the same folks who support the legalization of marijuana,” Rep. Todd added. “I think that there is a very distinct parallel between the two in that marijuana is already being consumed in Hawaiʻi, but we’re not stepping up as a regulator to capture that revenue. There are negative health outcomes, but those health outcomes already exist. I feel like gaming is very similar in that anyone who wants to gamble within Hawaiʻi is already gambling in Hawaiʻi. The difference is we are not stepping up as the regulator. We’re relying on institutes like vice to try and control these operations, but they’re happening in all of our communities. Anyone who wants to gamble on an app can do so already, with no consequences, but we are not capturing any of that tax revenue. We are not stepping up as a regulator. We are not collecting data.”

The bill passed second reading and has been referred to the House Committee on Judiciary and Hawaiian Affairs, and the Committee on Consumer Protection and Commerce. Hearings will be held on a future date.