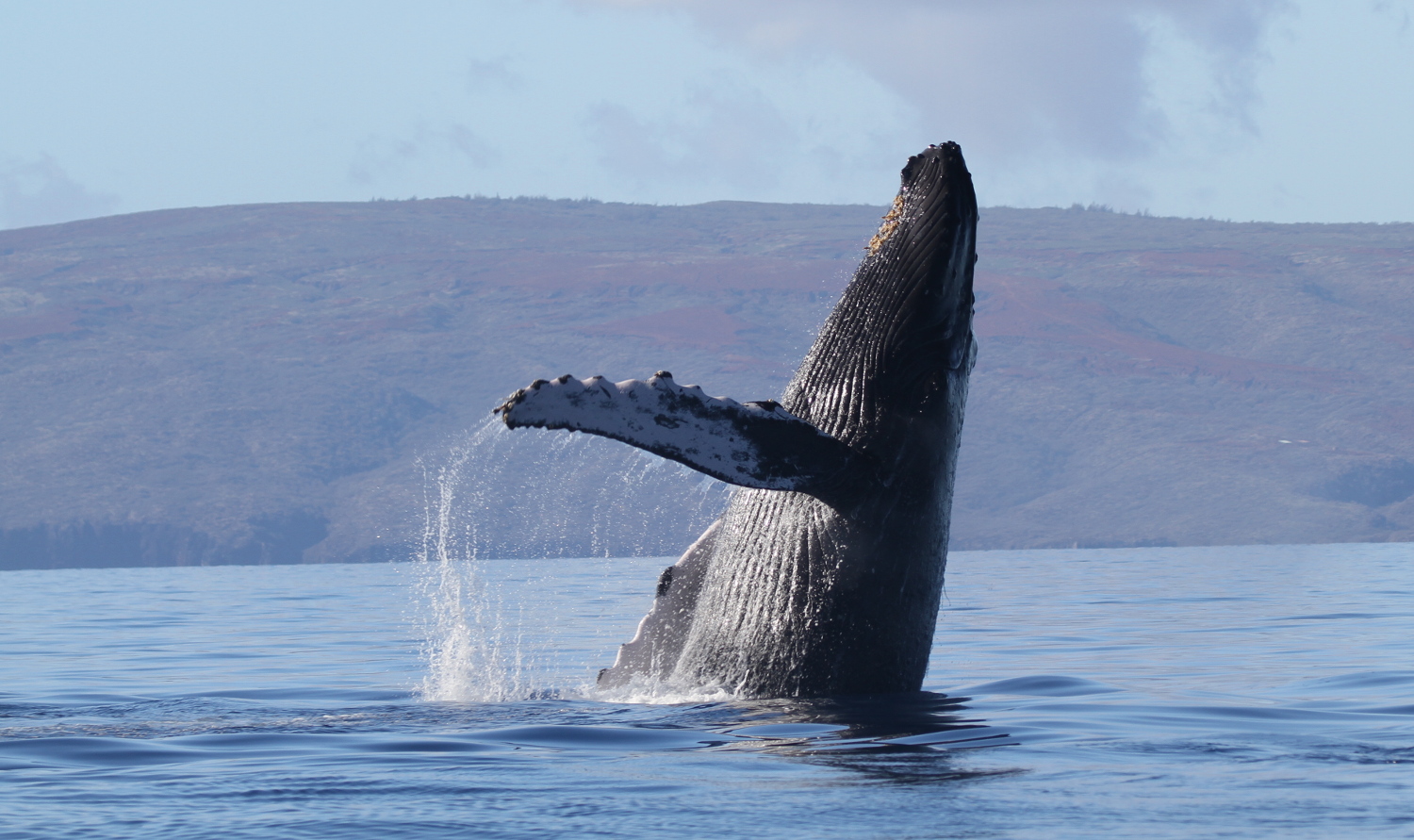 HONOLULU, Hawaiʻi - On Monday, officials released a collaborative guidance from the State, Feds, tour operators and boaters in order to keep both whales and watchers safe. 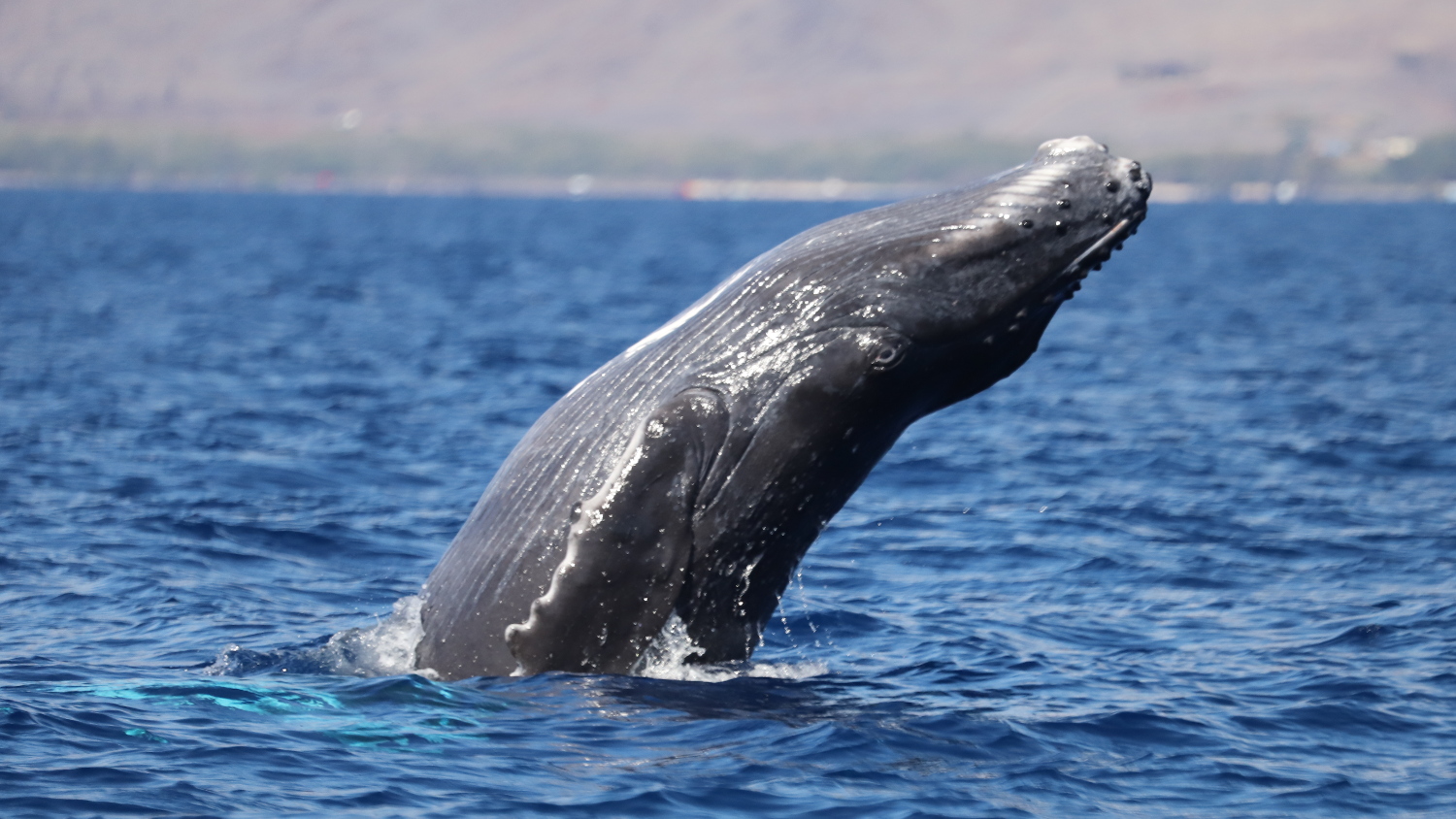 (BIVN) – The Hawaiʻi Department of Land and Natural Resources organized a news conference on Monday, in order to unveil a new set of recommendations for boat speeds around humpback whales.

The voluntary recommendations were prompted by years of research by the Pacific Whale Foundation, NOAA, and the State of Hawaiʻi.

(Off the west coast of Maui) – Exclamations of glee and ear-to-ear grins are the order of the day, as passengers on a commercial whale watching tour are treated to tail slaps, breaches, and blows. An estimated 40 whale watch companies operate in Maui Nui, and as big as the ocean is…it can get crowded… for humpback whales.

Years of research by Pacific Whale Foundation, NOAA, and the State prompted a new set of voluntary recommendations for boaters operating around humpback whales.

“The research began in 2013, when we first set out to answer that question of what can we recommend as the best speed for boaters operating during whale viewing season,” explained Jens Currie, Chief Scientist at Pacific Whale Foundation.

Added Ed Lyman, of Hawaiian Islands Humpback Whale National Marine Sanctuary, “We’ve been saying for years now, how important slower and more prudent speeds are. The available data suggests that transit speed, when around whales, should be 15 knots or less.”

For the past year, representatives from Pacific Whale Foundation, NOAA, the DLNR Division of Boating and Ocean Recreation (DOBOR), the DLNR Division of Aquatic Resources (DAR), tour operators like PacWhale Eco-Adventures, private boaters, fishers, and other community members have worked on a set of recommendations to keep both whales and watchers safe.

“We really wanted to make it a collective effort and have all the agencies, plus voices from stakeholders and others involved in this. Close to universal agreement? Yes…it seems most everyone who contributed is happy with the 15-knot underway recommendation,” said Jeannine Rossa, with the DLNR Division of Aquatics (DAR), who serves as the state co-manager of the whale sanctuary. 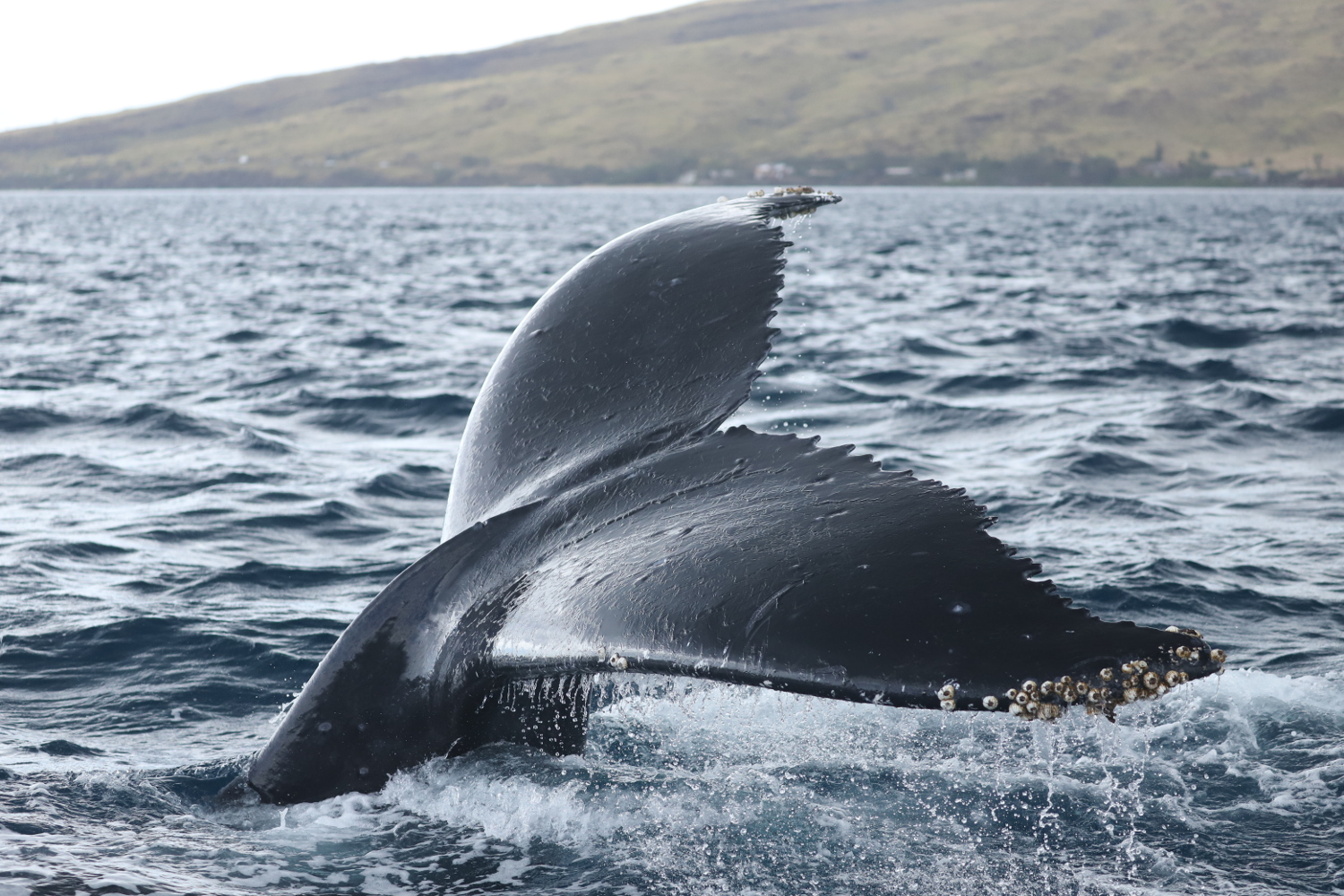 Other key recommendations resulting from the collaboration include:

1.) When approaching and departing whales, reduce vessel speed to six knots when within 400 yards
2.) Posting a lookout
3.) Paying close attention to time of day and time of year

Blake Moore, Chief Operating Officer for PacWhale Eco-Adventures, was involved in Pacific Whale Foundation’s research. “What we’re going to see in the water with these voluntary regulations is an enhanced experience for our guests. Whales are more likely to stick around for people to see them if the vessels they’re on are moving at slow speeds. The elusive behaviors observed for over a decade in Pacific Whale Foundation’s scientific studies will hopefully be reduced.”

The studies found that as boats approach whales at higher speeds, the animals would change direction, indicating they are not comfortable with the presence of vessels. Their speed changes, and their dive and respiration rates change.

“Everyone wants to avoid a whale strike, so these recommended speeds will help mariners too,” Lyman said. He equates a fast-moving boat around whales to a speeding driver in a school zone. On a recent trip, guests were treated to multiple instances of mother Humpback whales teaching their calves to breach.

“It’s nice we can put some quantification on this from our scientific studies,” Currie said. “You’ll have much more time to react, the slower you go. It’s significantly different at those slower speeds than higher ones.”

Humpback whales in U.S. waters are federally protected. It is illegal to approach humpback whales within 100 yards, including by boat, kayak, drone, when swimming, or by any other vessel or means.

All the participants said the Maui boating community, both commercial and private, wants to do what’s best for the whales. They expect solid attention to the new guidance to protect people and the magnificent animals they come to see each whale season.