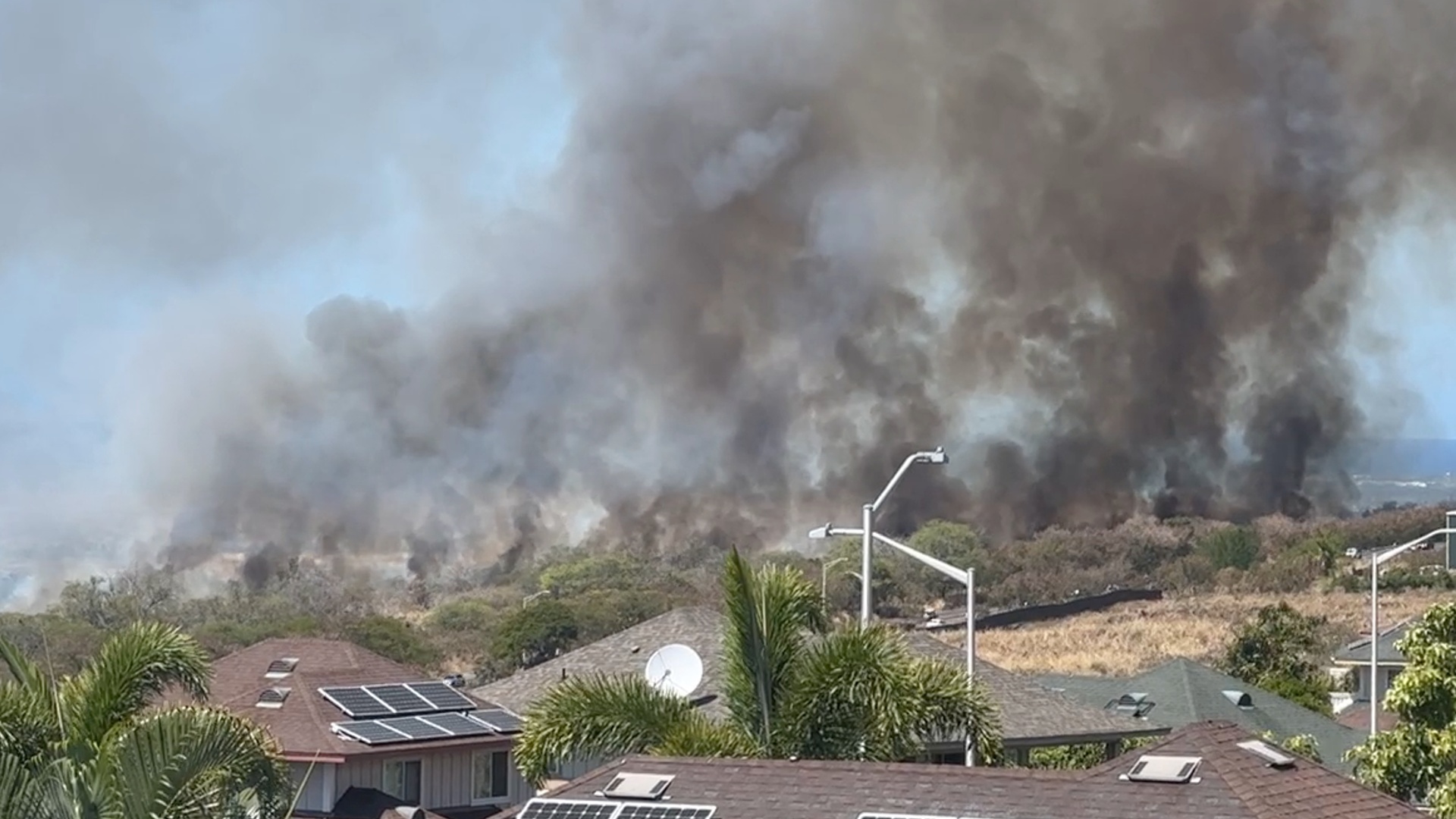 KONA, Hawaiʻi - A brush fire forced the evacuation of two subdivisions and an inustrial area, and closed Kuakini Highway and Highway 11 on Wednesday. 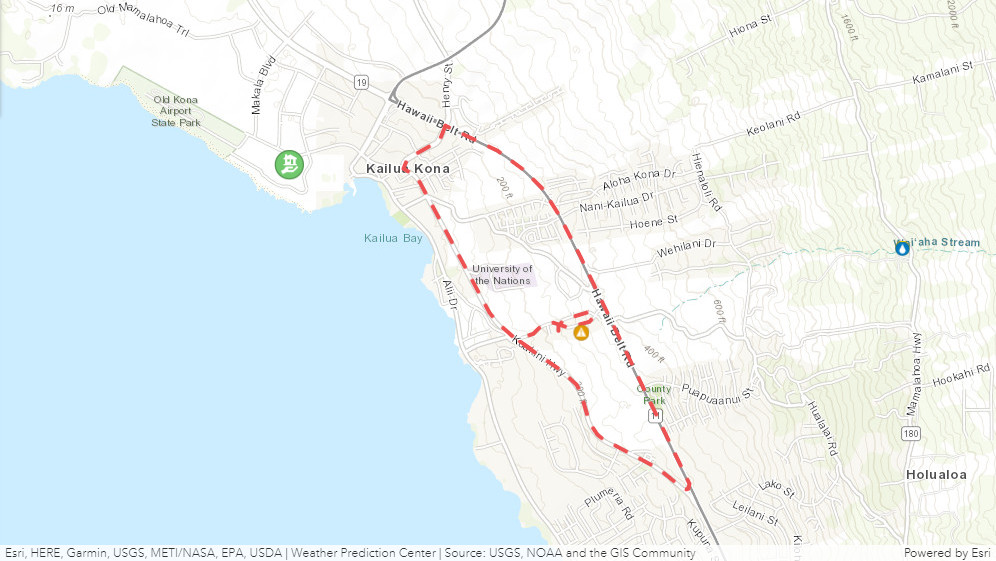 Hawaiʻi County hazard map shows the location of road closures and the area of the fire in Kona.

(BIVN) – Two Kona neighborhoods – Kona Hillcrest Subdivision and Aloha Kona Subdivision – were given an evacuation order on Wednesday, as a brush fire burned in the area of Kuakini Highway. 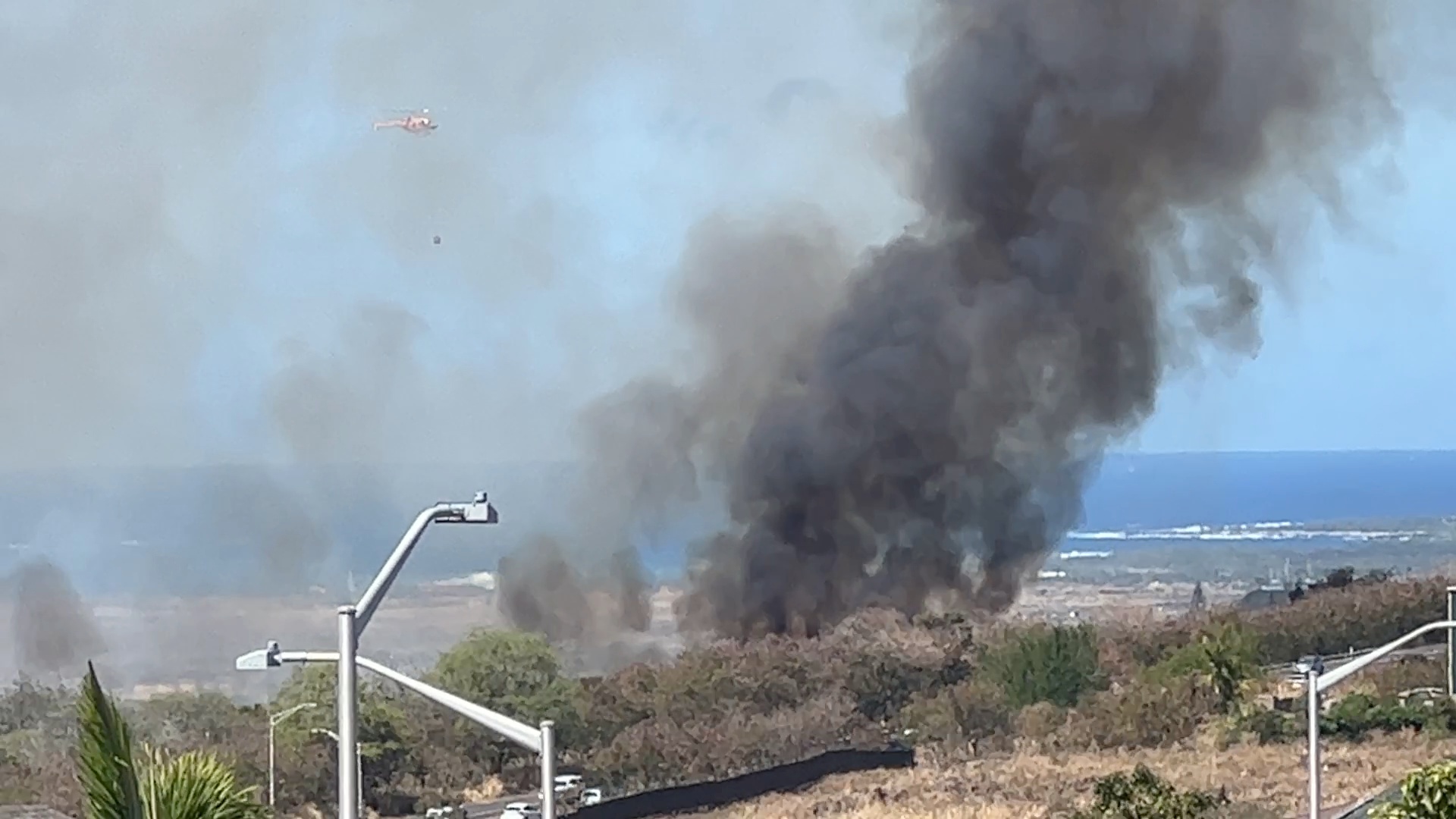 The brush fire – burning between Onioni Street and Nakukui Drive – forced the closure of Kuakini Highway earlier in the day.

“Thank you for your patience while fire crews work to keep you safe,” a message from the Hawaiʻi County Civil Defense agency stated.

From the Hawaiʻi Fire Department at 2 p.m. HST:

The Hawaiʻi Fire Department is battling an active brush fire in Kailua-Kona, between Queen Kaʻahumanu Highway and Kuakini Highway, near the University of Nations. The brushfire has prompted evacuations of the Kona Hillcrest subdivision and the Pottery Terrace Industrial Area. Additionally, Queen Kaʻahumanu Highway is closed between Hualālai Road to Puapuanui Street, and Kuakini Highway is closed between Oni Oni Street and Nakukui Drive. An evacuation shelter has been set up at the Kailua Park Gymnasium (the Old Kona Airport). Fire and Police are going door-to-door in the affected neighborhoods to get residents out safely. At this time, there is no information related to the cause of the fire.

As of 2 p.m., the County of Hawaiʻi reminded residents “that the situation remains fluid and additional evacuations may be necessary, as the brushfire is not yet contained.”

The Kailua-Kona brush fire that involved the evacuation of residents from Kona Hillcrest and Aloha Kona Subdivisions, and business personnel from Pottery Terrace Industrial area is contained to the point that it is no longer a threat to lives and property.

At this time, the evacuation shelter at Kona Park Gymnasium is closed and evacuees may return to their homes and businesses.

Motorists in the immediate area, please exercise caution as fire crews and equipment may still on scene and on roadways as they continue to contain the fire.