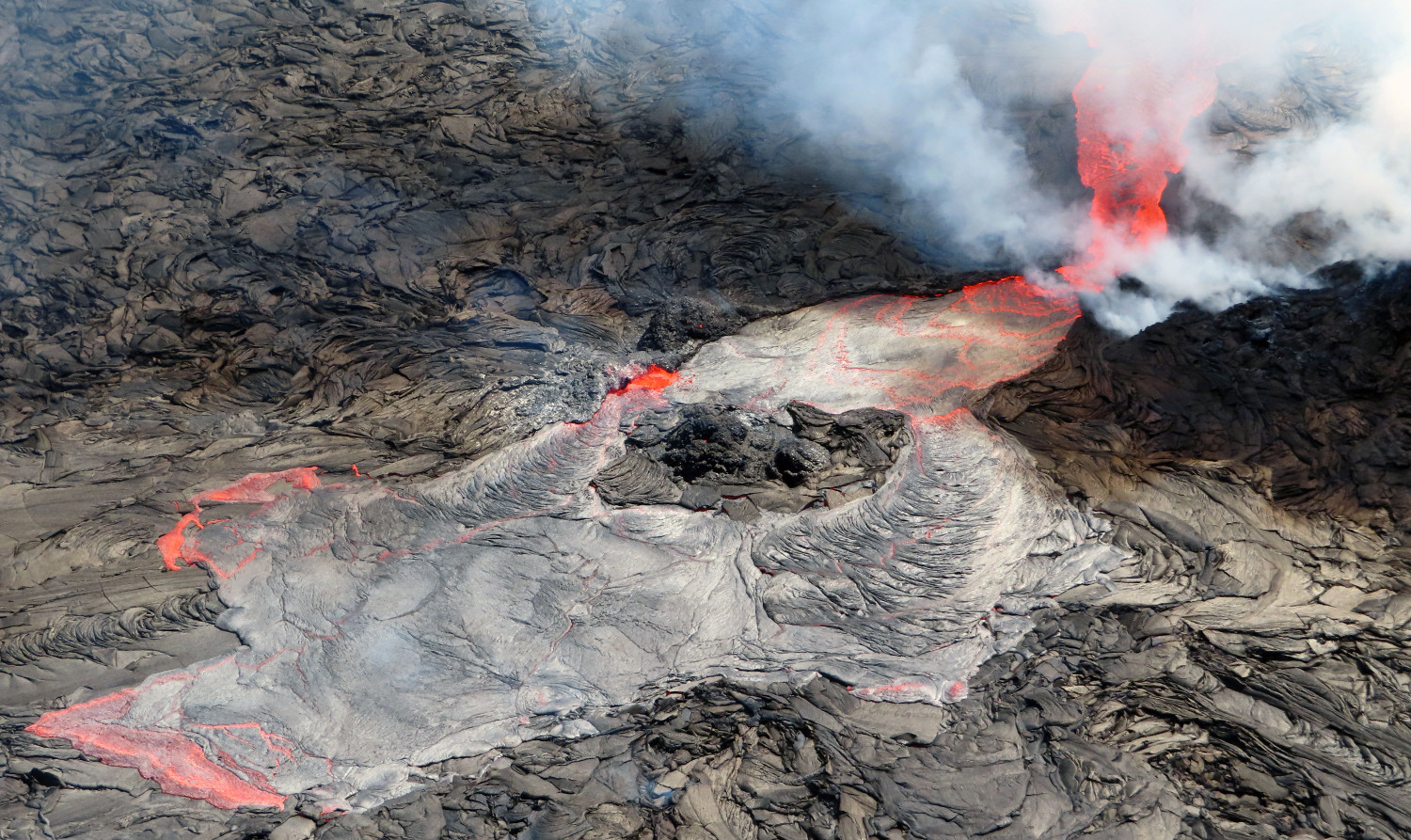 USGS: "This view of the western vent in Halema‘uma‘u was captured on February 10, 2022. The pond north of the west vent generally feeds the active part of the lava lake at the summit of Kīlauea volcano through the spillway seen on the top right of the photograph. Small increases in effusion rate can cause the pond to overflow, sending lava to the west, seen here in the foreground." (USGS photo by L. Gallant)

HAWAIʻI VOLCANOES NATIONAL PARK - The eruption of Kīlauea continues at the summit, with no indications of activity migrating elsewhere on the volcano. 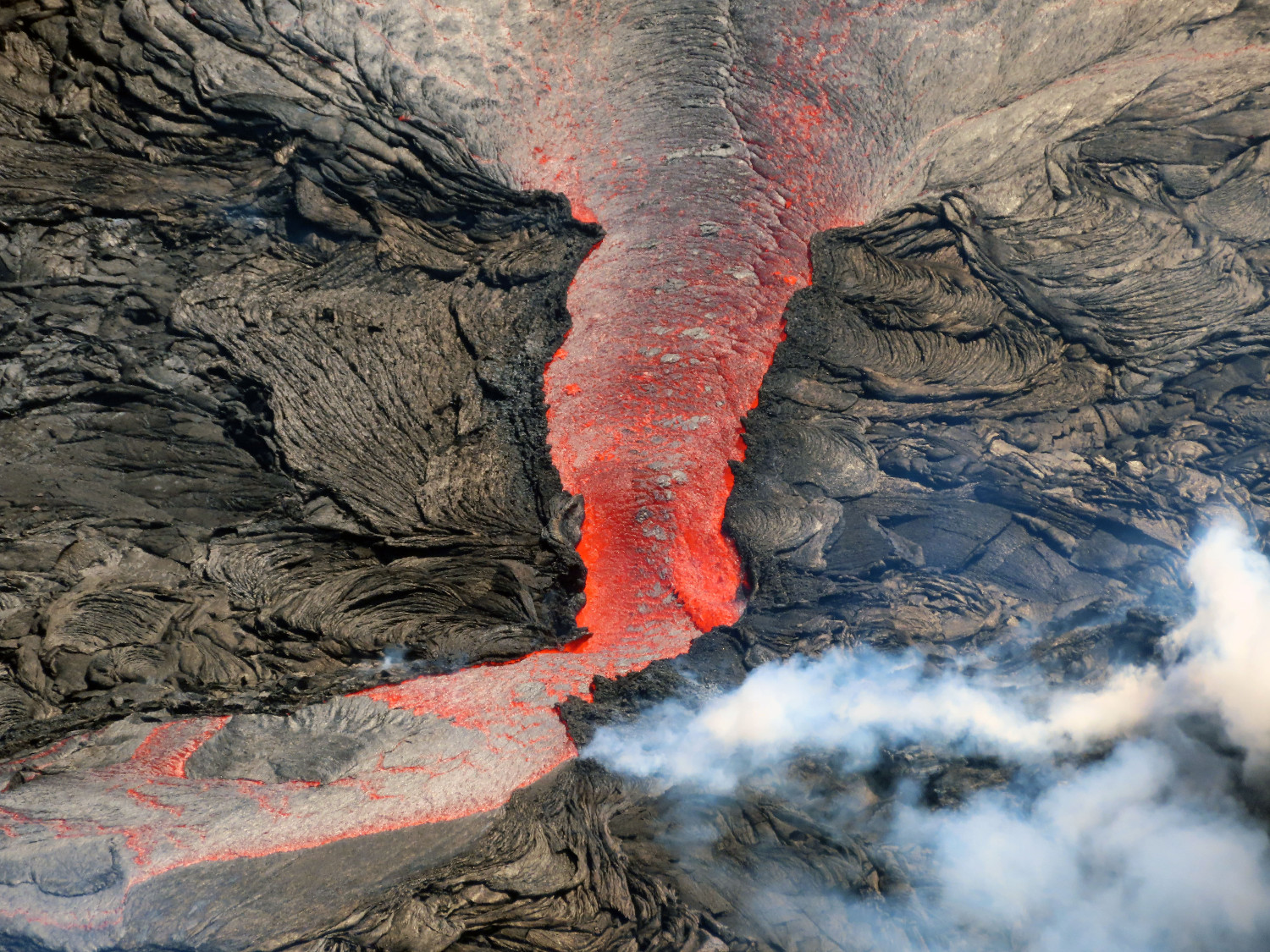 USGS: “A 1-meter (3-foot)-high standing wave was present in the spillway that is feeding the active portion of Kīlauea’s summit lava lake, as seen from the west side of Halema‘uma‘u crater.” (USGS photo by L. Gallant)

(BIVN) – The eruption on the summit of Kīlauea volcano continues, with lava effusion ongoing within Halemaʻumaʻu crater.

After another brief pause in the on-again off-again activity, the summit eruption resumed at approximately 2:30 a.m. HST on Thursday morning. The resumption corresponded with an inflationary signal that started at approximately 5 p.m. HST on February 16, the USGS Hawaiian Volcano Observatory reported.

Since then, the effusion rate for the summit eruption decreased starting at 6 p.m. HST on Thursday, corresponding with a switch to deflationary tilt and a drop in volcanic tremor.

On Friday, the USGS reported:

Halemaʻumaʻu Lava Lake Observations: Effusion of lava continues this morning but the rate of effusion has dropped starting at 6: pm HST on February 17, 2022. Over this time period the level of the western lava lake has dropped by approximately 10 m (33 ft). There have been few to no ooze outs along the margins of the lava lake over the past 24 hours. This decreased effusive activity corresponds with a drop in tilt from +0.5 to -1.0 microradians followed by a decrease in tremor at the summit. The active lava lake is now approximately 89 meters (292 feet) deep relative to when lava emerged on September 29, 2021. Measurements on January 25, 2022, indicated that the total lava volume effused since the beginning of the eruption was approximately 45 million cubic meters (12.0 billion gallons) at that time.

Summit Observations: Summit tiltmeters indicate the start of a deflationary event starting at 6:00 pm HST on February 17, 2022. Seismic data shows that the volcanic tremor signal started to decrease a few hours after the deflationary event started. Earthquake activity at the summit remains below background level. A sulfur dioxide (SO2) emission rate of approximately ~2800 tonnes per day (t/d) was measured February 14.