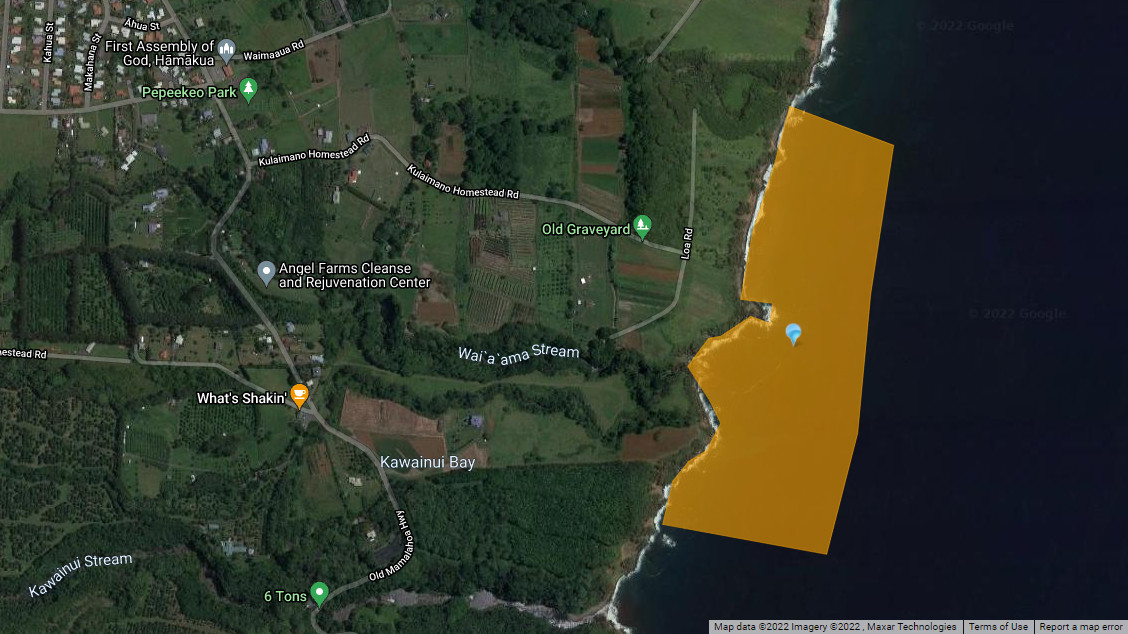 PEPEʻEKEO, Hawaiʻi - Over a thousand gallons of undisinfected effluent was discharged from the Kulaimano Wastewater Treatment Plant on Monday.

(BIVN) – Warning signs have been posted by the coastal waters near Kulaimano Homestead Road in Pepeʻekeo, officials said on Monday, after a wastewater discharge was reported in the area.

The Hawaiʻi Department of Health Clean Water Branch issued a notice advising the public to remain out of the coastal waters of Pepeʻeko, after an estimated at 1,055 gallons of “undisinfected effluent” was discharged from the Kulaimano Wastewater Treatment Plant at 2:07 p.m.

The discharge was stopped, officials say, and warning signs were posted.

Health officials say the public should remain out of the affected waters until the warning signs have been removed.

UPDATE – (Tuesday, Feb. 22) – The discharge was the result of an interruption of the sodium hypochlorite disinfection system, the Hawaiʻi County Department of Environmental Management reported on Tuesday afternoon:

The cause of the discharge was determined to be the dislodging of an electrical relay that controlled the disinfection system, rendering the system non-operational for approximately 18 minutes. Wastewater Division personnel received an alarm at about 2:07 p.m. and arrived at the plant at about 2:09 p.m. After determining the disinfection system was not functioning, they dispensed chlorine tablets into the effluent channel at about 2:24 p.m. They secured a loose electrical relay, which restored power and normal operation at about 2:25 p.m. The plant resumed normal operations at that time.