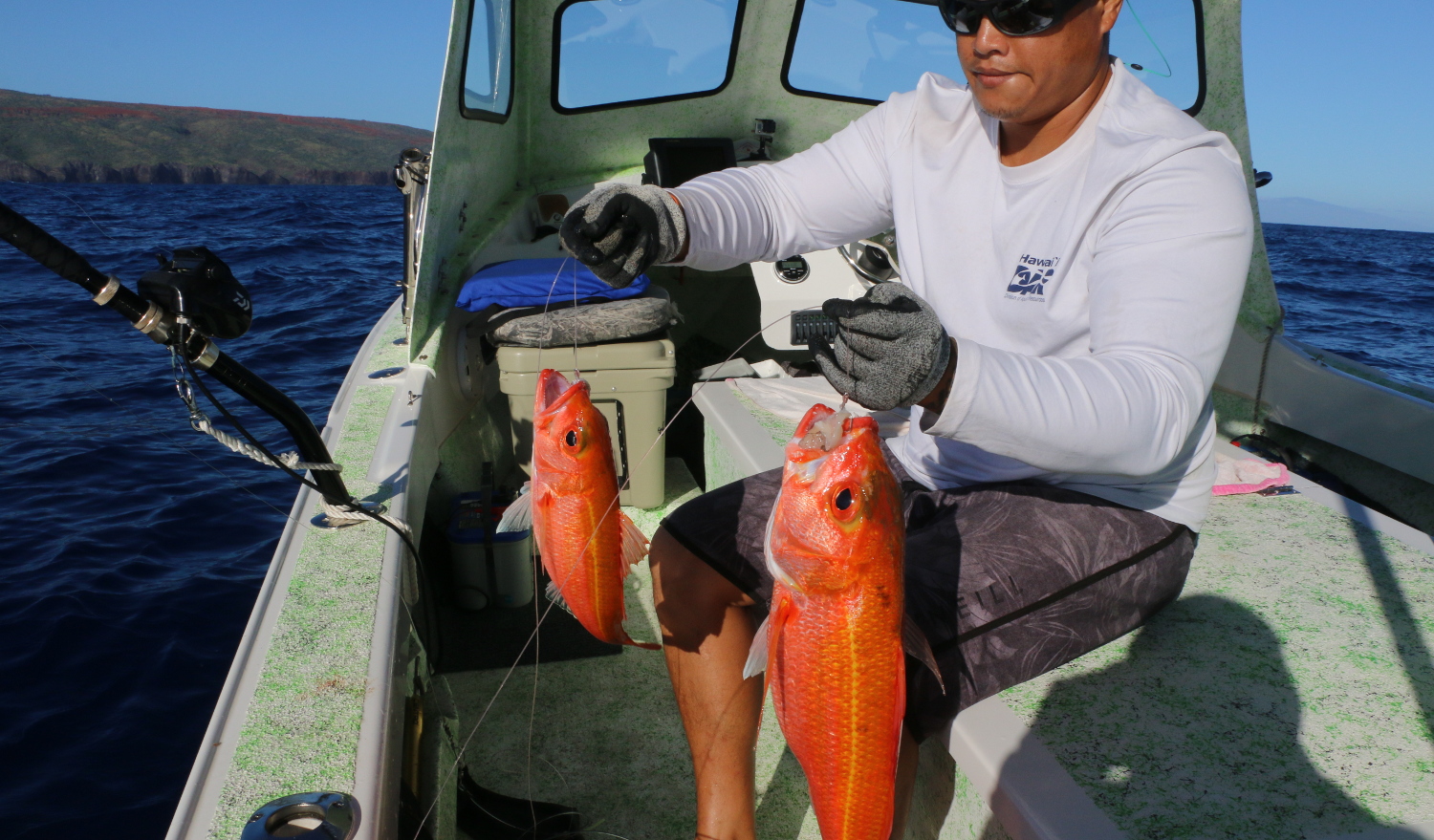 (BIVN) – The Hawaiʻi Board of Land and Natural Resources on Friday voted to approve a request to re-open the remaining eight Bottomfish Restricted Fishing Areas that have been closed to fishing since 2007.

The re-opening’s are effective immediately, the Hawaiʻi Department of Land and Natural Resources announced, as it issued this news release:

Nearly three years ago, four of twelve Bottomfish Restricted Fishing Areas (BFRAs) were reopened for both commercial and non-commercial fishing of Deep-7 bottomfish species, among the most popular fish in Hawai‘i for consumption.

In its presentation to the BLNR, the DLNR Division of Aquatic Resources (DAR) said it “believes that opening of all twelve of the BFRAs (four opened as of July 2019), will not adversely affect the overall sustainability of the Main Hawaiian Island Deep-7 fishery, and will be a benefit to local commercial and non-commercial bottom fishers.”

DAR representatives told land board members that recently developed Annual Catch Limit (ACL)-based management, coupled with these rules and strategies, “can together effectively manage the fishery.” These include:

The MHI Deep-7 fishery exists in both state and federal waters, and is managed under a cooperative, joint approach. The State, the NMFS Pacific Islands Regional Office (PIRO), and the Western Pacific Regional Fishery Management Council (WPRFMC) develop complementary regulations based on the best science available. The agencies agree on one set of regulations to make compliance easier.

BFRAs designation changed over the years, after being established in 1998, with an original 19 areas, and then replaced in 2007 by the twelve in place today. Data gathering and methodologies also changed since establishment. The 2019 proposal, to open just four of twelve bottom fishing areas, was based on an abundance of caution and the desire to take a conservative approach pending further monitoring.

Since 1948, the catch from the fishery has only exceeded the current ACL five times, during the peak years of 1985-1989. The DAR submittal to the land board states, “Though the MHI Deep 7 fisheries may rebound in coming years…likelihood that catch will near the 492,000-lb ACL is low.”

“The most recent (2021) update to the 2018 stock assessment again found the deep-7 complex is being fished at sustainable levels. Therefore, DAR is comfortable taking an adaptive management approach to co-management by opening the BFRAs and relying on other conservation tools to sustain the fishery” according to DAR Administrator Brian Neilson.

The BLNR is requiring DAR to provide an update after the next Deep-7 stock assessment is completed. 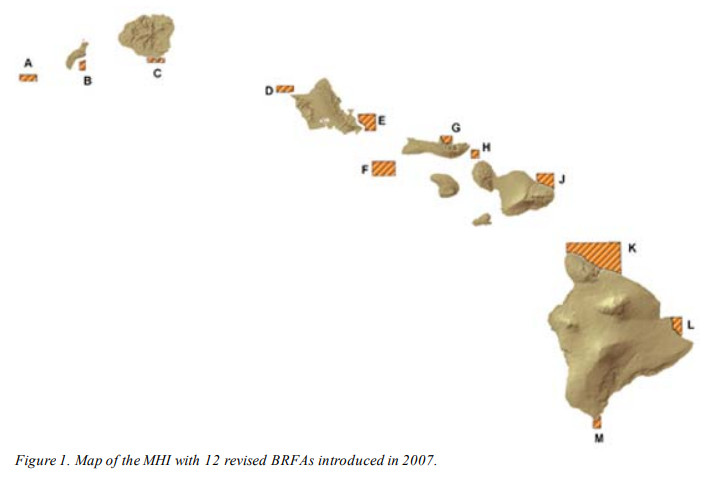