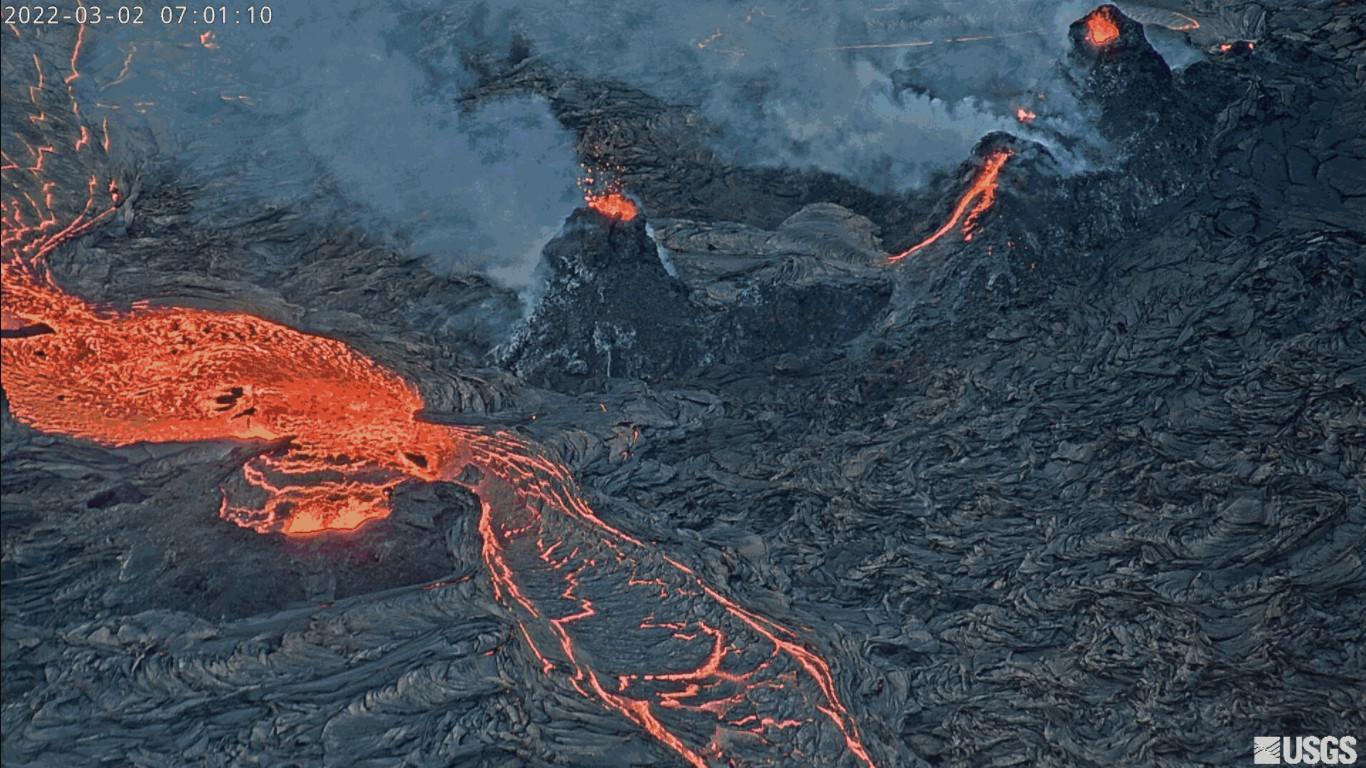 (BIVN) – The eruption of Kīlauea volcano has resumed at the summit within Hawaiʻi Volcanoes National Park, continuing the on-again, off-again pattern of activity within Halemaʻumaʻu crater.

Activity Summary: The summit eruption of Kīlauea Volcano, within Halemaʻumaʻu crater, resumed at approximately 1:00 am HST and continues at this time. Tremor at the summit increased at approximately 12:30 am HST this morning and remains elevated and steady. The steep inflation that began at the summit of Kīlauea Volcano yesterday at approximately 3:00 pm HST has slowed, becoming slightly deflationary this morning. All activity remains confined to the active lava lake and west vent area within the western part of Halemaʻumaʻu crater with few or no ooze outs along the margins of the Halemaʻumaʻu crater floor. All recent activity has been confined to the crater, and there are no indications of activity migrating elsewhere on Kīlauea.

No unusual activity has been noted along the East Rift Zone or Southwest Rift Zone. The current Volcano Alert Level for Kīlauea remains at WATCH.