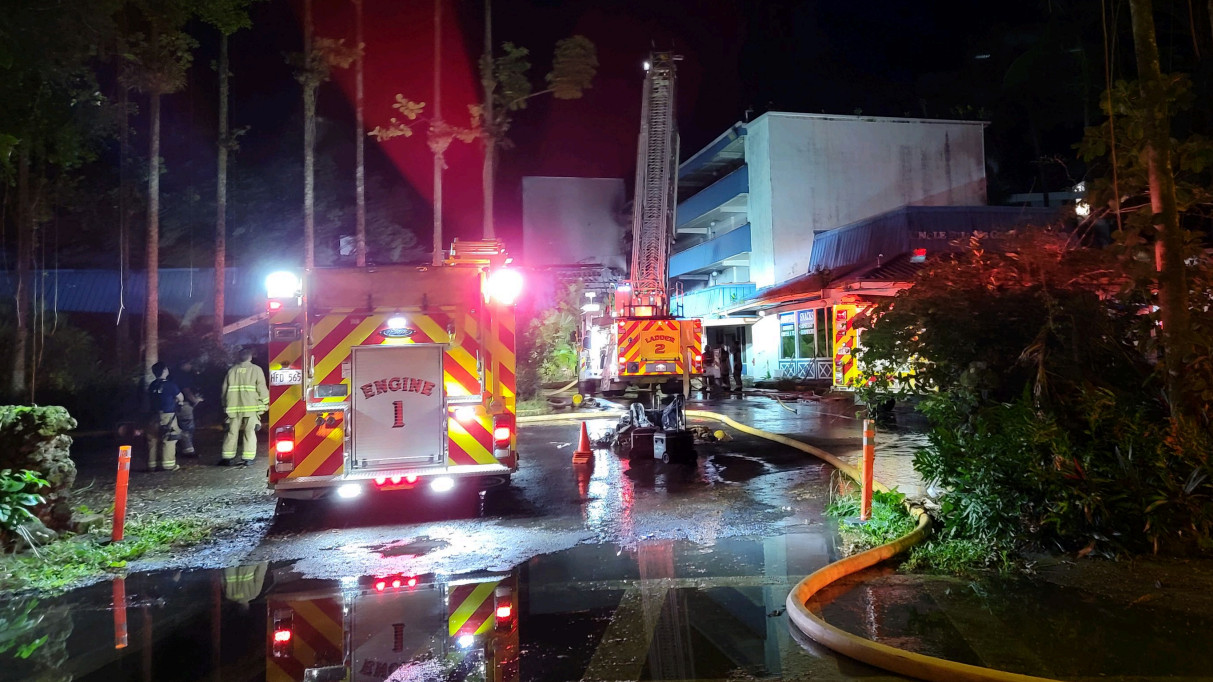 HILO, Hawaiʻi - There were no injuries reported in the early morning structure fire within the vacant Banyan Drive hotel. 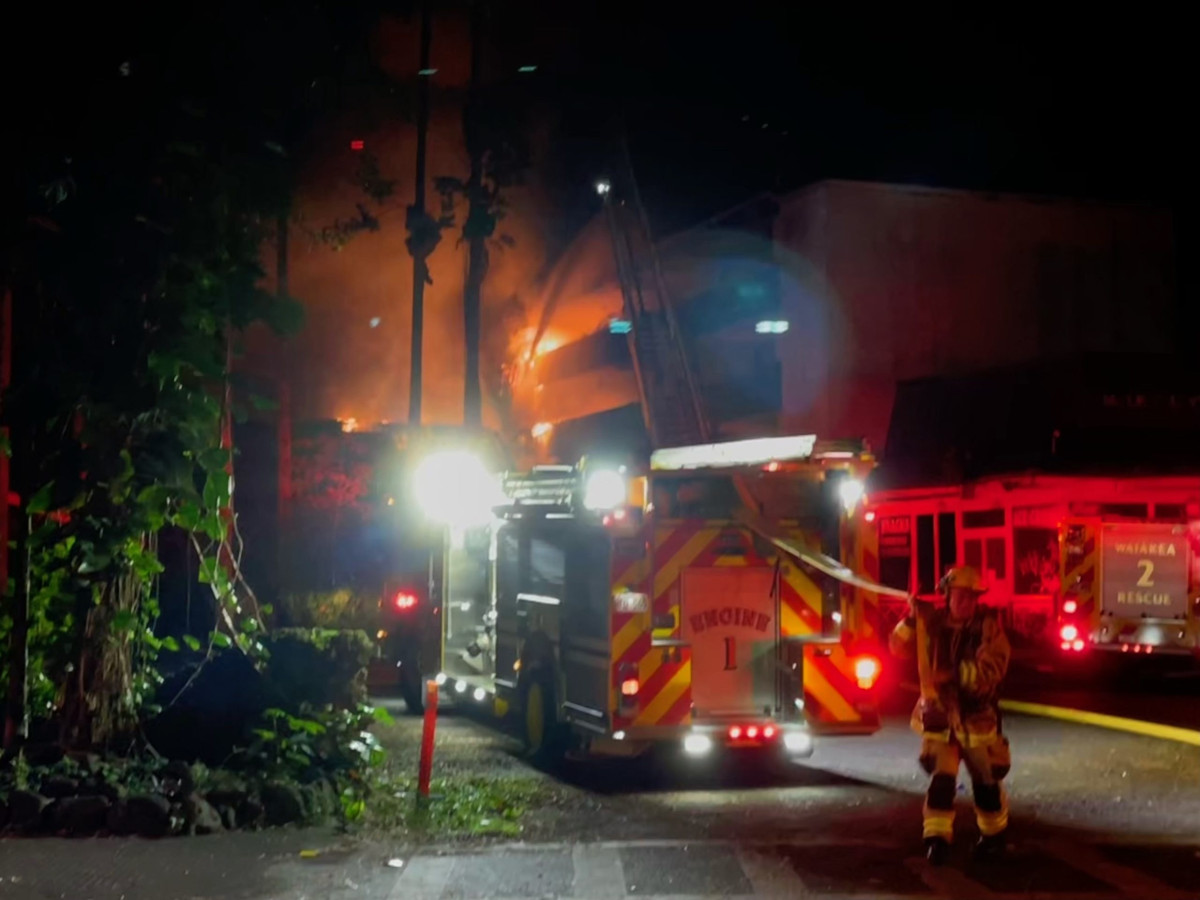 The Hawaiʻi County Fire Department managed to extinguish the blaze without any reported injuries. The fire extended from the ground floor lobby of the vacant building to the 4th floor. According to the fire department:

Upon arrival, found flames showing from the bottom floor on the eastern end of the old hotel lobby area and extending up all 4 floor. First arriving units initiated fire attack, with additional units arriving and assisted with controlling and extinguishing the fire. A search of the building and premises was completed and confirmed that there were no occupants. The unoccupied structure has been reported to have squatters frequent the premises, and there was evidence to support that claim. 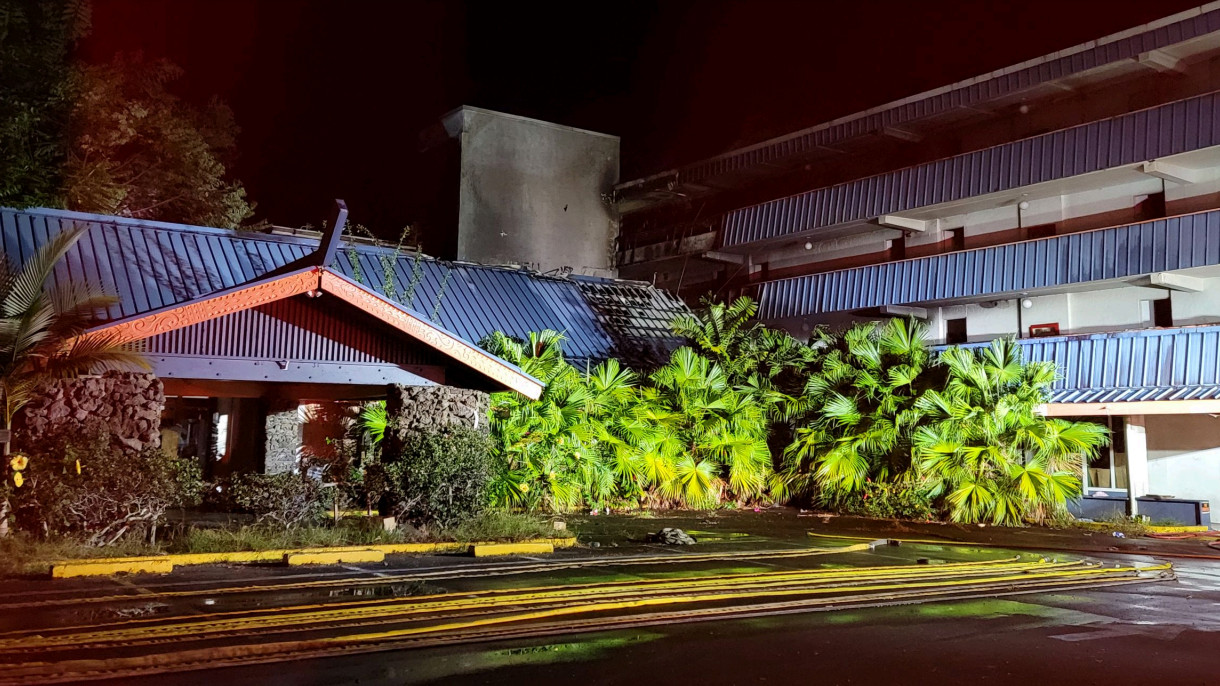 In a later news release, the Hawaiʻi Department of Land and Natural Resources noted “several individuals have been arrested” at the location. UPDATE: A DLNR spokesperson says the arrests were not related to this morning’s fire. DLNR added:

The former Uncle Billy’s Hotel and several other Banyan Drive properties are under the jurisdiction of the DLNR Land Division and have been for more than 50 years. DLNR has been pursuing demolition and redevelopment of the property, but this effort is currently on hold due to lack of funds for demolition as well as non-DLNR related litigation.

An interim security contract at the property lapsed at the end of December 2021. DLNR continues to explore cost-effective options for further securing the property.

Police personnel, who temporarily closed Banyan Drive due to the fire, worked to ensure that neighboring hotels were aware of the fire. The road was reopened shortly after 5 a.m.

Damage to the building are estimated at just over $2 million. “The cause of the fire remains under investigation at this time,” police stated. “Police ask that anyone with information regarding this incident to call the police department’s non-emergency line at (808) 935-3311. Tipsters who prefer to remain anonymous may call the islandwide Crime Stoppers number at 961-8300 and may be eligible for a reward of up to $1,000. Crime Stoppers is a volunteer program run by ordinary citizens who want to keep their community safe. Crime Stoppers doesn’t record calls or subscribe to caller ID. All Crime Stoppers information is kept confidential.”