HILO, Hawaiʻi - Police have opened an arson investigation, and believe the cause of the fire to be electrical in nature. 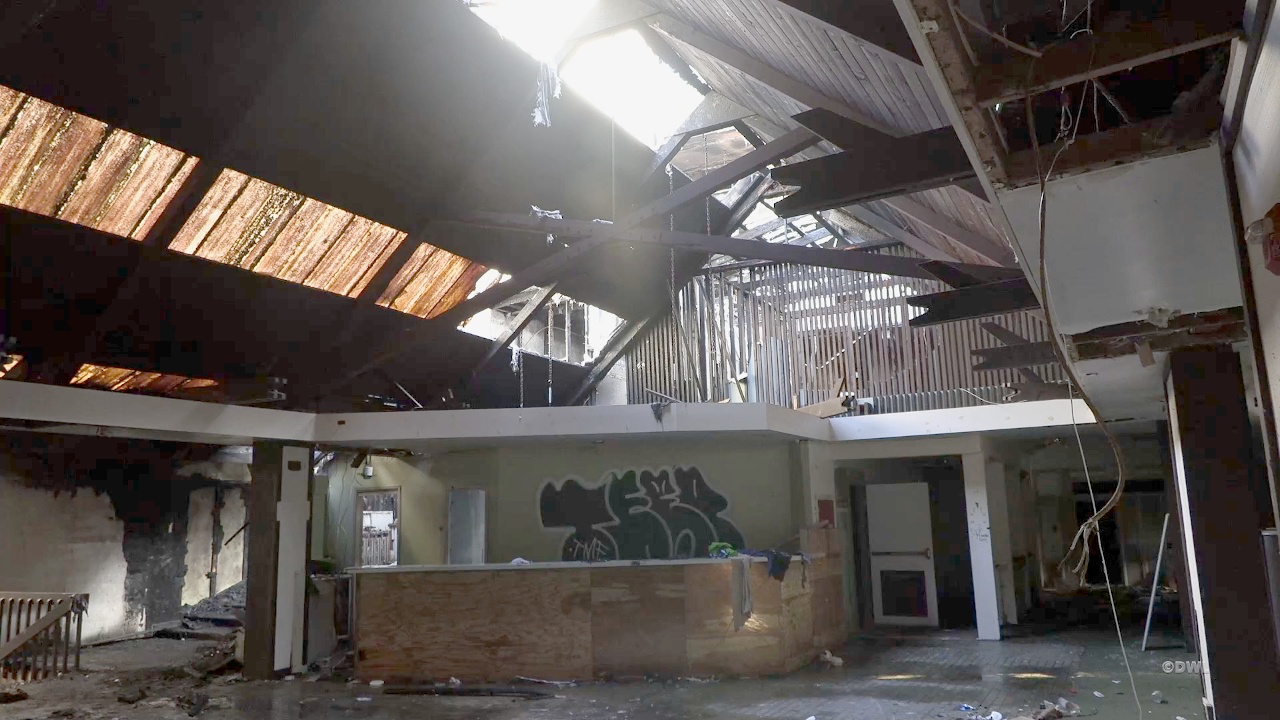 (BIVN) – The Hawai‘i Police Department has opened an arson investigation relative to a structure fire that occurred at the former Uncle Billy’s Hotel in Hilo.

“At approximately 1:40 a.m. this morning, we received a call for a fire here at Uncle Billy’s. We dispatched four of our stations, and six units, and a total of 21 personnel responded. Currently on the building, we’ve noted about 75% percent involvement on the main building itself, and our units were on scene for approximately two and a half hours to extinguish. And then, at the current time we have our investigators taking a look at the fire.

“At the moment it’s looking like squatters that had been here had potentially started fires. Potentially, it was a unintentional fire that spread to the rest of the structure, but at this time it’s still under investigation, so we’re not 100% percent sure.

“Currently the building has four stories and it has been abandoned – or unused – for quite a while. So most of the structure is open. There isn’t much, in terms of furniture or anything else, left (in the) interior, but there is a lot of rubbish and other things that have been built up over the years as squatters had been living out of here.

“There was no one present on scene when the fire was going on. No injuries and no one on our crew was hurt in the suppression of this fire.

“While the fire department didn’t call for an evacuation of any of the structures nearby, the Naniloa did self-evacuate, to be safe. Their security had basically made the determination that for the safety of their guests, and based on the fire, that they wanted to be prudent. And so they had done some self-evacuation for their hotel.” 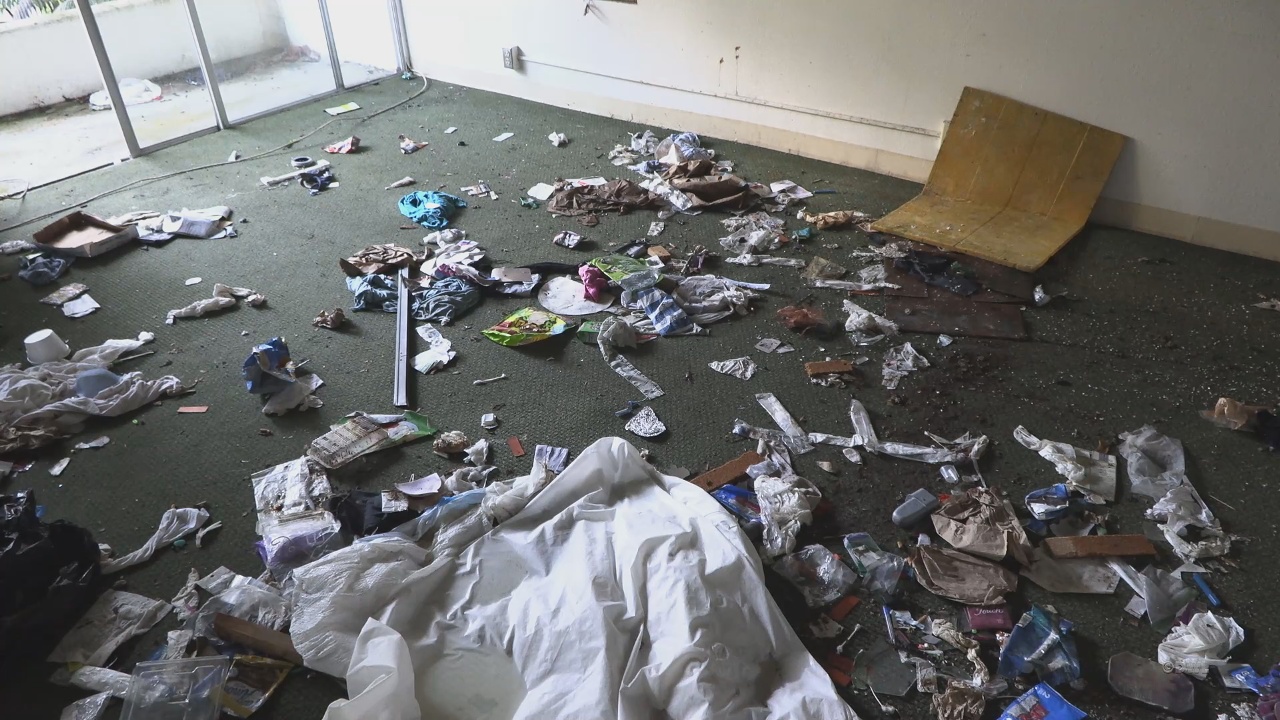 The police later issued a news release, saying the cause of the fire “is believed to be electrical in nature and possibly due to tampering with an electrical junction box.” Police added:

During a sweep of the property, police located a 29-year-old man, later identified as Antanacious Nau, and determined that he was wanted for an outstanding bench warrant and was in possession of drugs. He was arrested for the warrant and two counts of a dangerous drug in the third degree, promotion of a detrimental drug in the third degree, drug paraphernalia, and criminal trespass. However, he has not been arrested relating to the arson. Nau was released pending investigation on all the drug offenses and criminal trespassing, but remains in police custody at this time on the bench warrant. Detectives from Hawai‘i Police Department’s Area I Vice Section are continuing the drug investigation. 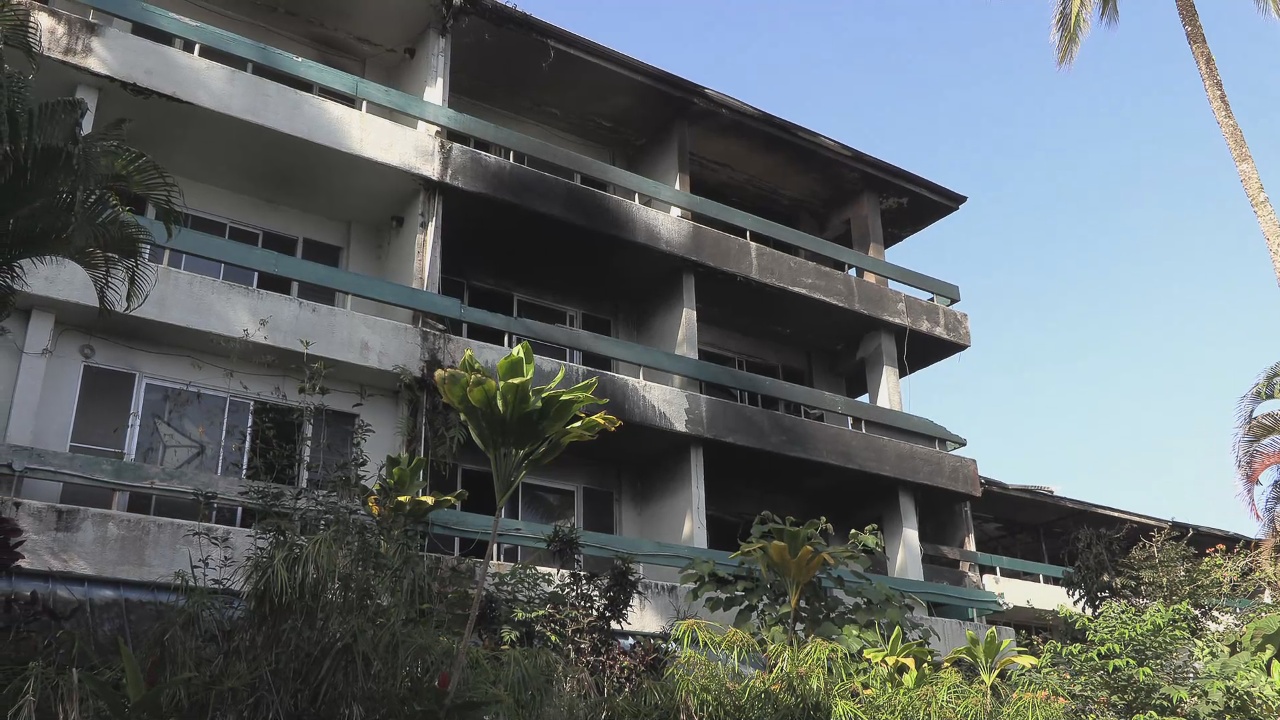 Detectives from Hawaii Police Department’s Area I Criminal Investigation Section will be continuing the arson investigation. Police ask that anyone with information regarding this incident to call the police department’s non-emergency line at (808) 935-3311.