Maps and images courtesy USGS Hawaiian Volcano Observatory. File video courtesy USGS HVO and the University of Hawaiʻi. A synthesized voice was utilized in the narration for this story. 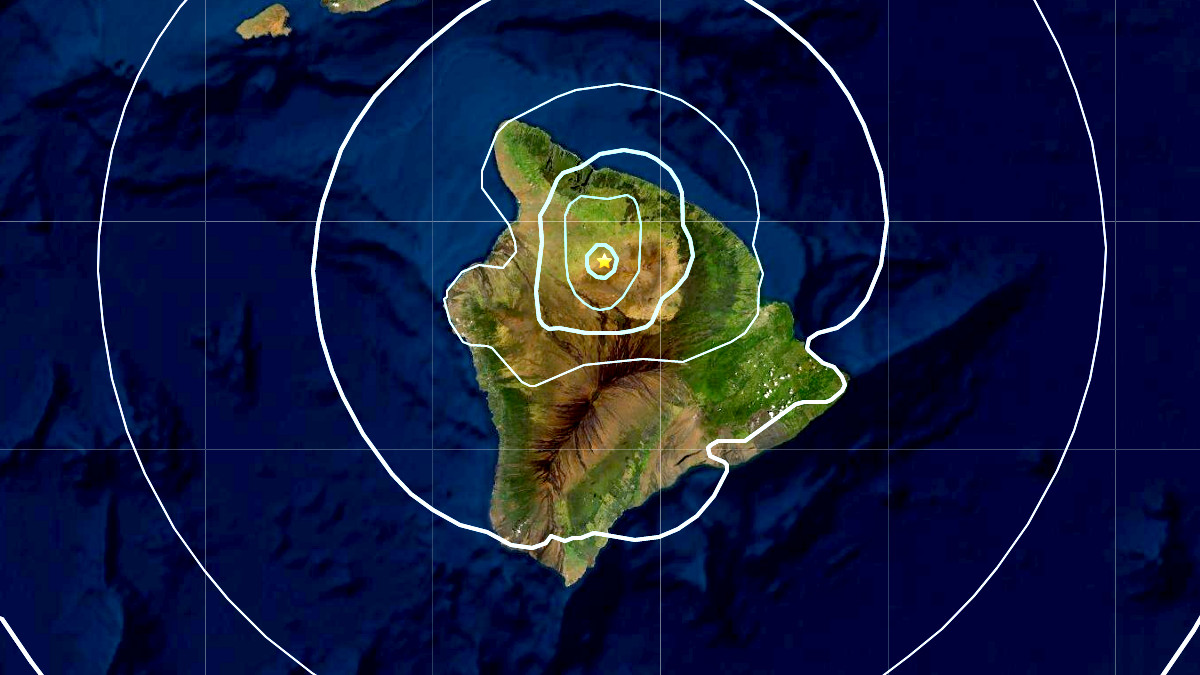 image from interactive USGS map showing the location of the earthquake

The USGS Hawaiian Volcano Observatory says the earthquake was centered about 13 miles southeast of Waimea, at a depth of 14 miles. “Moderate shaking, with maximum Intensity of V on the Modified Mercalli Intensity Scale, has been reported,” scientists said, noting that “at that intensity, damage to buildings or structures is not expected.”

The earthquake was not large enough to cause a tsunami, and the Pacific Tsunami Warning Center confirmed there is no tsunami threat to the island of Hawaiʻi.

“As in all earthquakes, be aware of the possibility of after-shocks,” said the Hawaiʻi County Civil Defense in a radio message to residents. “If the earthquake was strongly felt in your area, precautionary checks should be made of any damages; especially structural and to utility connections of Gas, Water, and Electricity.”

The USGS says it has received over 330 felt reports within the first hour of the earthquake on the “Did you feel it?” website.

According to HVO acting Scientist-in-Charge David Phillips, “This earthquake was widely felt across the Island of Hawai‘i and throughout the state. Please be aware that aftershocks are possible and may be felt. This earthquake is not related to volcanic activity and HVO data streams show no impact on Mauna Loa or Kīlauea at this time. The eruption of Kīlauea continues, with all recent activity confined to the summit within Halema’uma’u crater and with no indications of activity migrating elsewhere. HVO continues to monitor Hawaiian volcanoes for any changes.”

According to a USGS information statement:

Mauna Kea is a shield volcano in the post-shield stage, scientists say. It last erupted about 4,600 years ago.