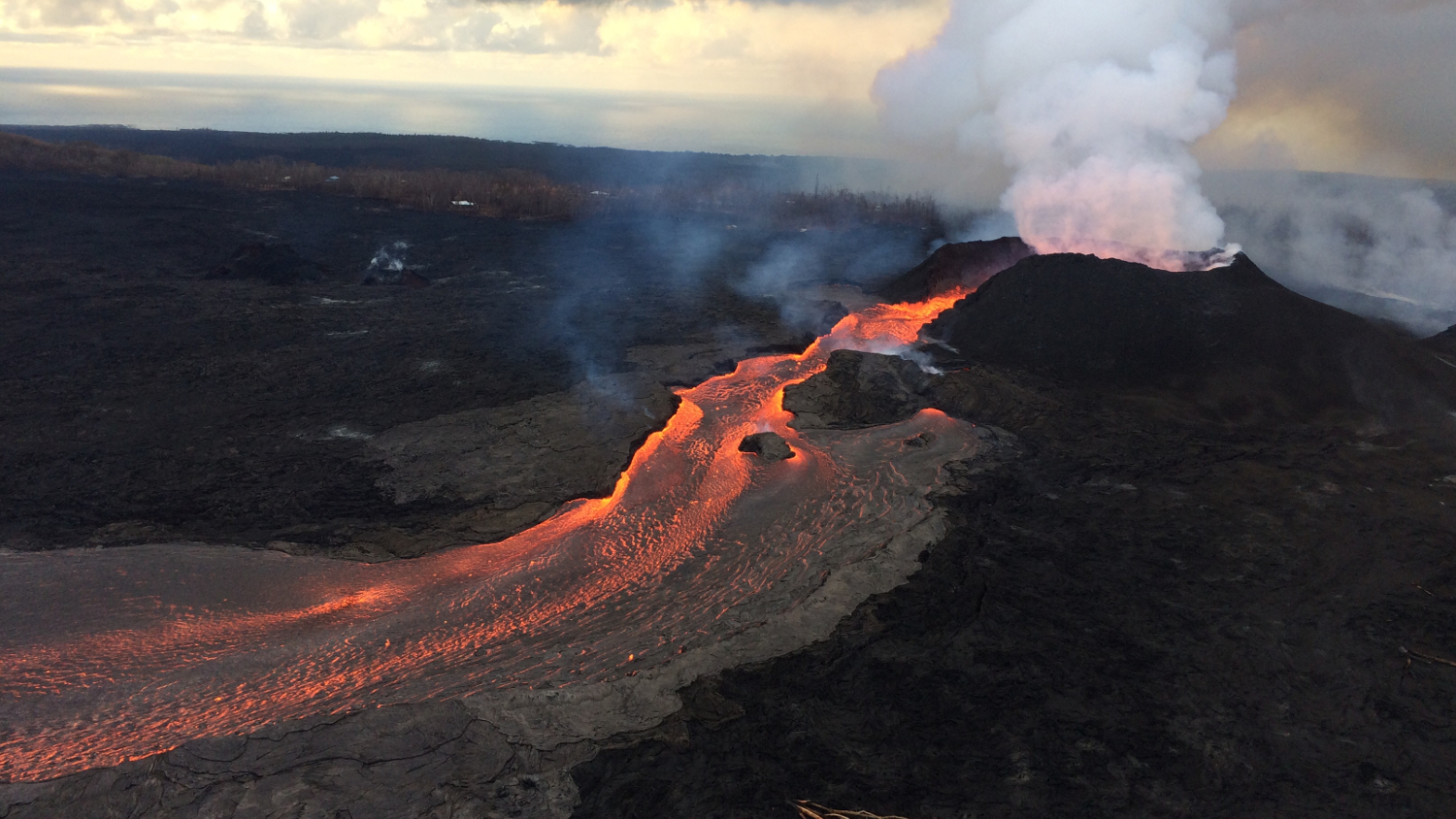 USGS: "This photo, taken on June 24, 2018, shows lava fountains from fissure 8 providing a vigorous supply of lava that exited the cinder cone and dropped over a spillway to enter a well-established lava channel that extended to the sea in lower Puna. Fissure 8 was the dominant vent during Kīlauea’s 2018 lower East Rift Zone eruption; the cone feature constructed around it was officially named Ahuʻailāʻau in 2021." (USGS image)

VOLCANO WATCH: 2018 Eruption Of Kilauea Was “Big On A Global Scale”

PUNA, Hawaiʻi - Scientists say the 2018 Kīlauea lava flow was among the top lava flow eruptions on Earth in recent centuries. (BIVN) – The summit eruption of Kilauea continued within Halema’uma’u crater on Saturday morning, despite the small deflationary tilt that was observed the day before.

The current eruption, now over six months in duration, is the second eruption to take place at the summit following the 2018 summit collapse event and Lower East Rift Zone eruption. In this week’s Volcano Watch article, U.S. Geological Survey Hawaiian Volcano Observatory scientists and affiliates write about the comparative size of the 2018 eruption:

The 2018 eruption of Kīlauea volcano had devastating effects on the lower Puna district, destroying hundreds of homes, burying subdivisions, and permanently affecting the lives of thousands of residents. The voluminous lava flow had a major impact on the Island of Hawaiʻi, but how does it compare to other lava flow eruptions on Earth in recent history?

Let’s start with what we know about the size of the 2018 eruption. Recent measurements by U.S. Geological Survey researcher Hannah Dietterich and collaborators using digital elevation models and unoccupied aircraft systems have produced an estimate of the volume of the 2018 lava flow. The high-end estimate is 1.4 cubic kilometers (or about 0.34 cubic miles). The estimate has a range because it is difficult to measure the volume of the lava that poured into the ocean.

To get a sense of how voluminous the 2018 lava is, imagine a giant cube of lava sitting on the ground that is 0.7 miles tall—or about three times as tall as the Empire State Building. For Island of Hawaiʻi residents, this is about 27 times as tall as Bayshore Towers in Hilo.

It turns out, there are only a handful of lava flow eruptions worldwide in the past few hundred years that have produced more than a cubic kilometer (0.24 cubic miles) of lava. 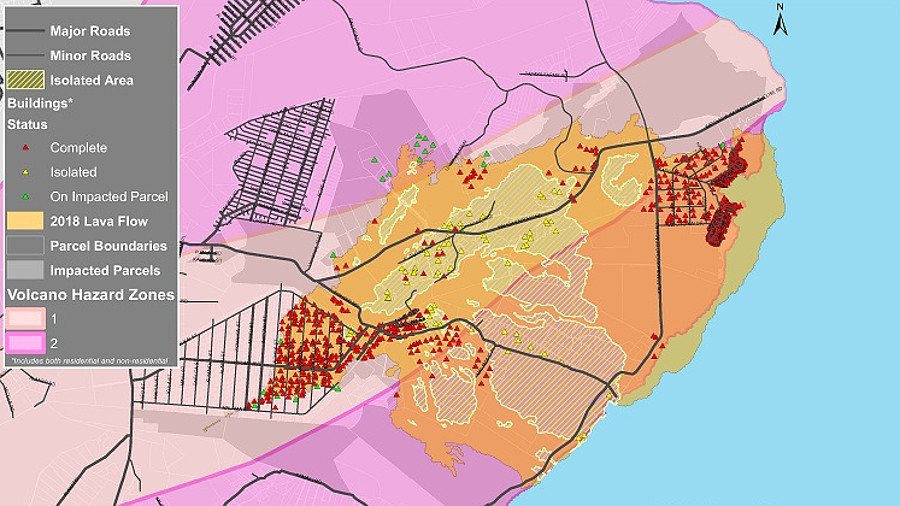 An eruption in the Canary Islands, Spain, made the list as well. The Lanzarote eruption of 1730–1736 produced 2 cubic kilometers (0.48 cubic miles) of lava and destroyed numerous villages on the flank of the volcano.

The recent eruption of Cumbre Vieja, on La Palma in the Canary Islands, in 2021 was impressive in vigor but we could not yet find published volume estimates for the lava flow. Regardless of the flow volume, the destruction was immense, with about 3,000 buildings destroyed.

Another large eruption happened at Paricutin volcano, in Mexico, in 1943, when a fissure opened in a cornfield and continued erupting for 9 years, producing a lava flow with a volume of 1.6 cubic kilometers (0.38 cubic miles).

None of these eruptions, however, come close to the size and impact of the Laki eruption in Iceland in 1783. Over eight months about 14.7 cubic kilometers (3.5 cubic miles) of lava covered the landscape, destroying several dozen villages. The volcanic gases poisoned livestock and destroyed crops, leading to a major famine in Iceland that killed thousands. It also affected weather in Europe. Ben Franklin, the U.S. ambassador living in France at the time, remarked on how the strange fog that summer may have come from the Iceland volcano.

That giant cube of lava from Laki would be 1.5 miles (2.4 kilometers) tall.

There may be other lava flows greater than one cubic kilometer that we’ve missed in our quick compilation here, but the fact remains these are very rare events. We can see that the 2018 Kīlauea lava flow was among the top lava flow eruptions on Earth in recent centuries. The eruption was not only remarkable in scale for Hawaiʻi, but also worldwide.

What are the takeaways from a compilation like this? Like earthquakes, most lava flows are small, and only a tiny fraction are massive like the ones mentioned here. But even though these large lava flows are rare events, when they occur in populated areas, the impacts can be devastating and long lasting.