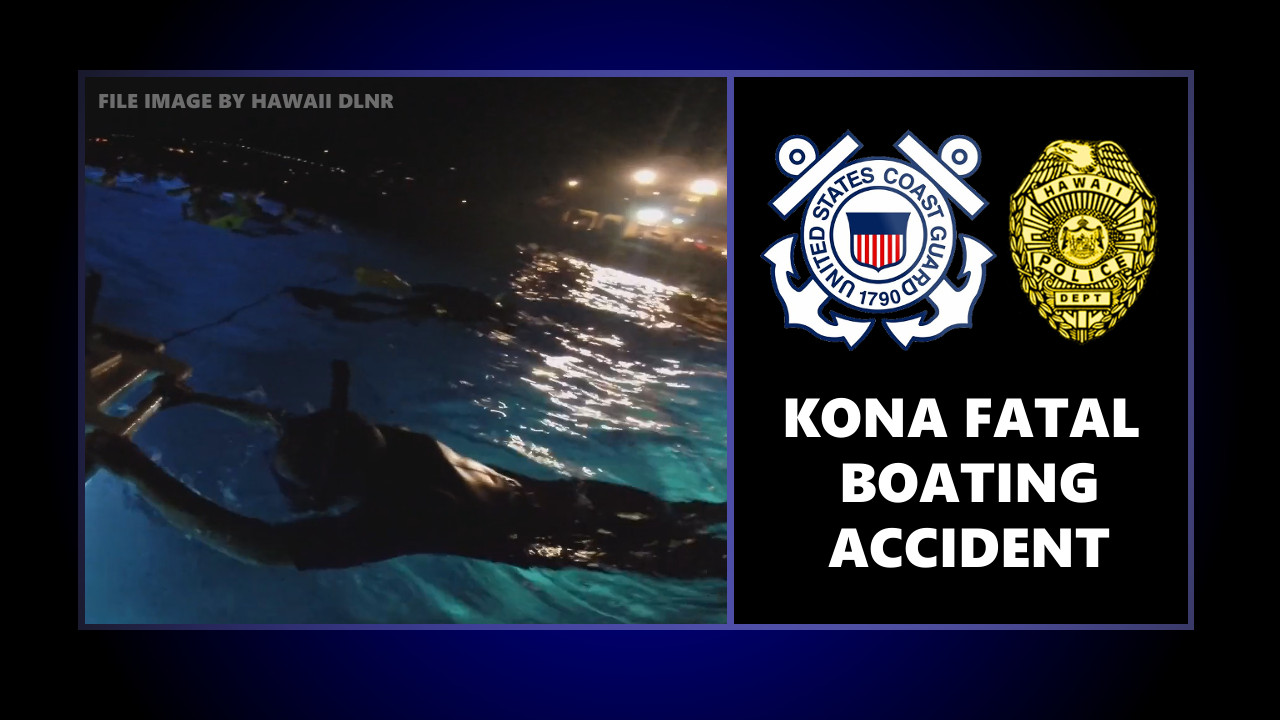 KONA, Hawaiʻi - First responders told news media that the incident occurred during an evening manta ray tour off the coast of Kona.

(BIVN) – A fatal boating incident was reported on Monday evening in the waters off Kona.

The U.S. Coast Guard tweeted that it is working with Hawaiʻi County Police to investigate “a serious marine incident involving the casualty of a crewmember aboard the Uhane Nui O Naiʻa, near Honokohau Marina.”

KHON2 News reported the incident occurred during an evening manta ray tour off the coast of Kona. Hawaii County Fire Department Deputy Chief Eric Moller told KHON that an individual had fallen from a boat and was struck by the boat prop.

“Hawaiʻi island police are working in conjunction with the Department of Land and Natural Resources Division of Boating and Ocean Recreation to assist the United States Coast Guard, who has jurisdiction of this incident,” police wrote in a news release. “Anyone who may have information relative to this incident is encouraged to contact Petty Officer Graham of the United States Coast Guard at (808) 763-6520.”