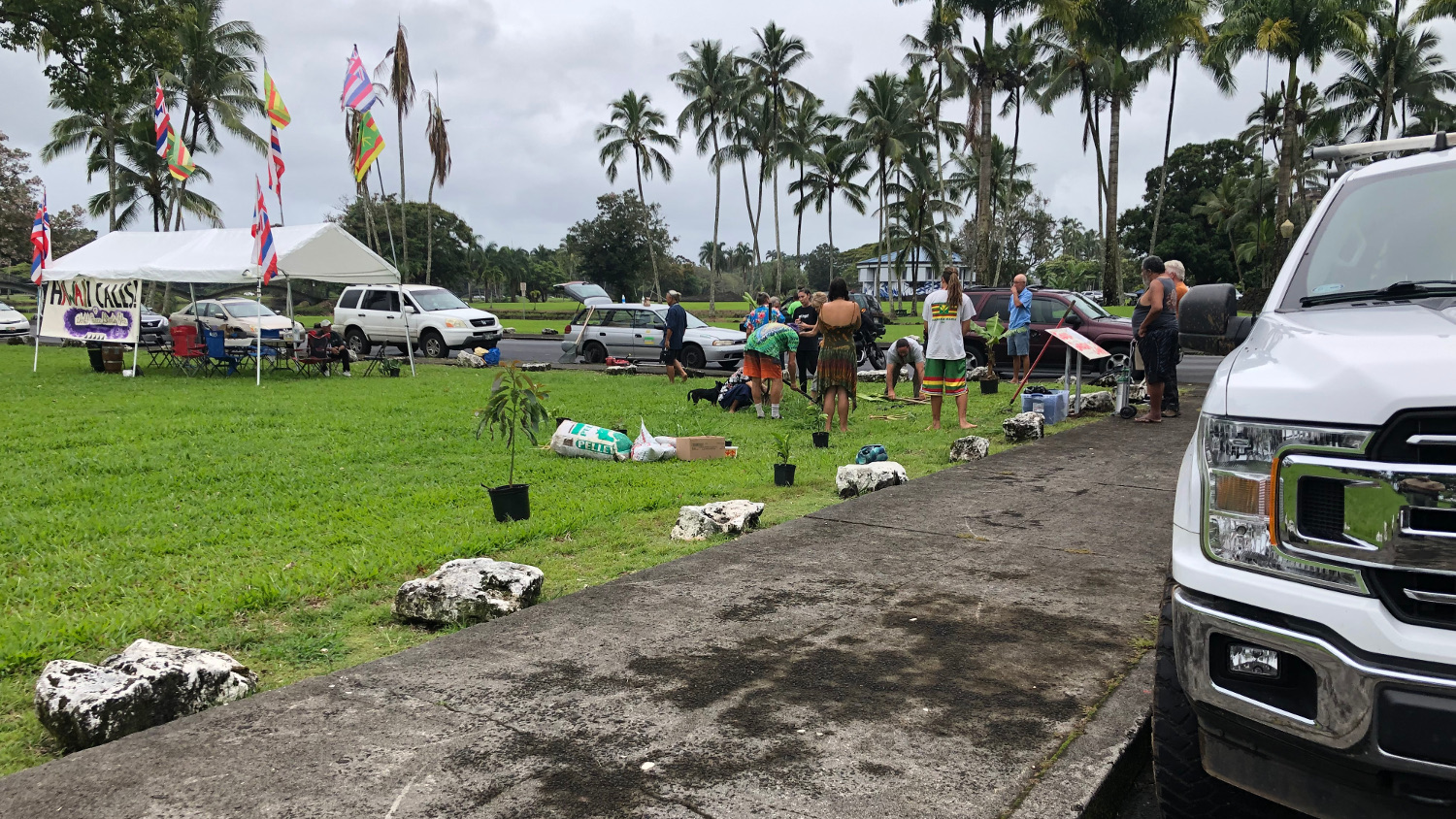 DLNR Thwarts Another Attempt To Plant Kanaka Garden In Hilo 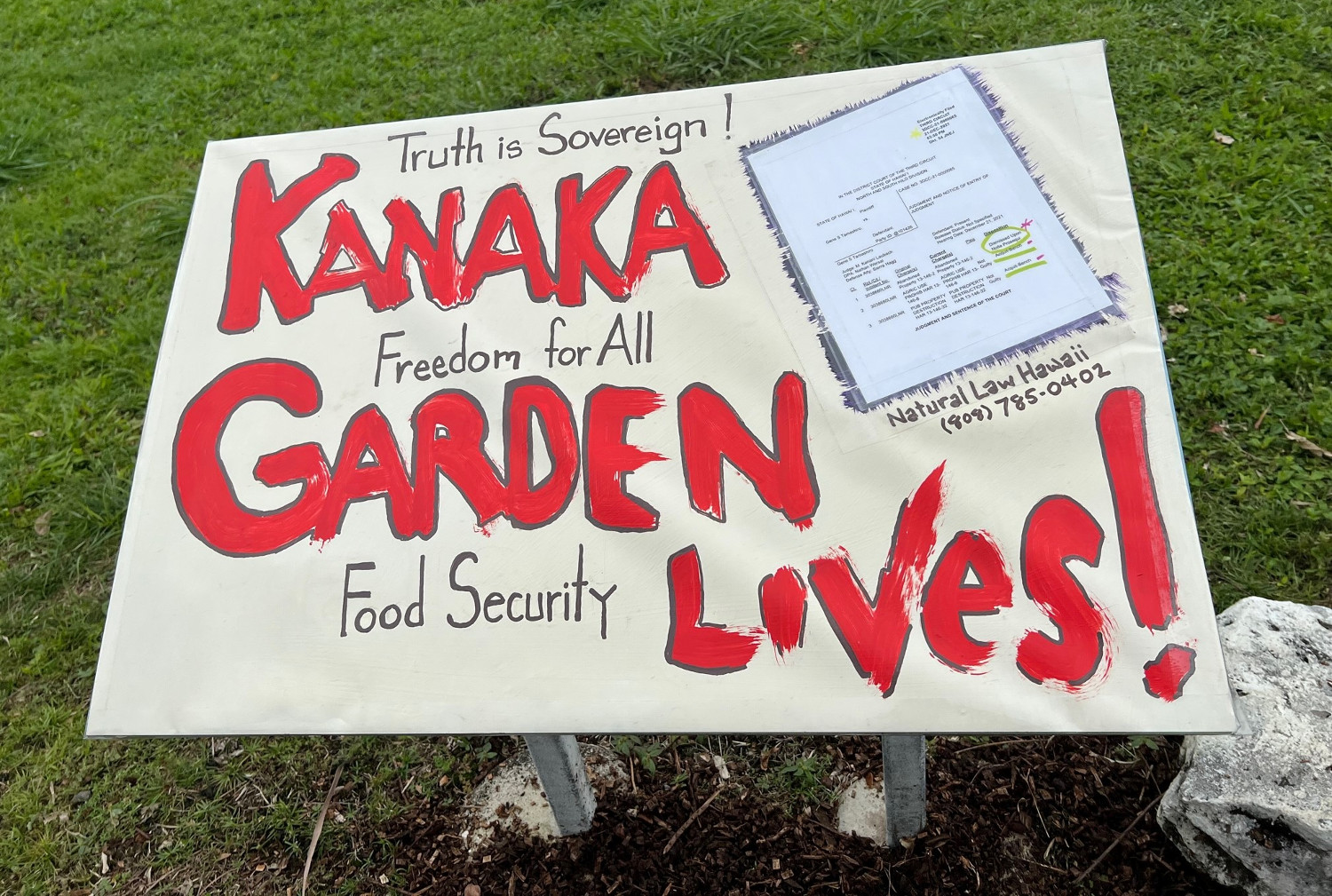 (BIVN) – State law enforcement officers say they “foiled” another attempt to establish the “Kanaka Garden” by the King Kamehameha statue in Hilo.

A third attempt to plant an illegal garden in a state park, was foiled Sunday by officers from the DLNR Division of Conservation and Resources Enforcement (DOCARE). Four people were cited on a variety of charges, including unlawful introduction of plant life on public property and altering geological features by digging into manicured grass.

A dozen people showed up in response to social media posts from 65-year-old Gene Tamashiro of Hilo. In his posting, Tamashiro claimed Wailoa River State Recreation Area does not belong to the State. This is the third time Tamashiro has been ticketed for illegally planting vegetation in the park.

In 2013, and again in January 2021, he and others were cited for the same activities. In addition to Tamashiro, the others cited yesterday are:

DOCARE officers observed all four either digging up grass or planting trees/shrubs, thus they were cited accordingly and will need to appear in Hilo District Court in the future.