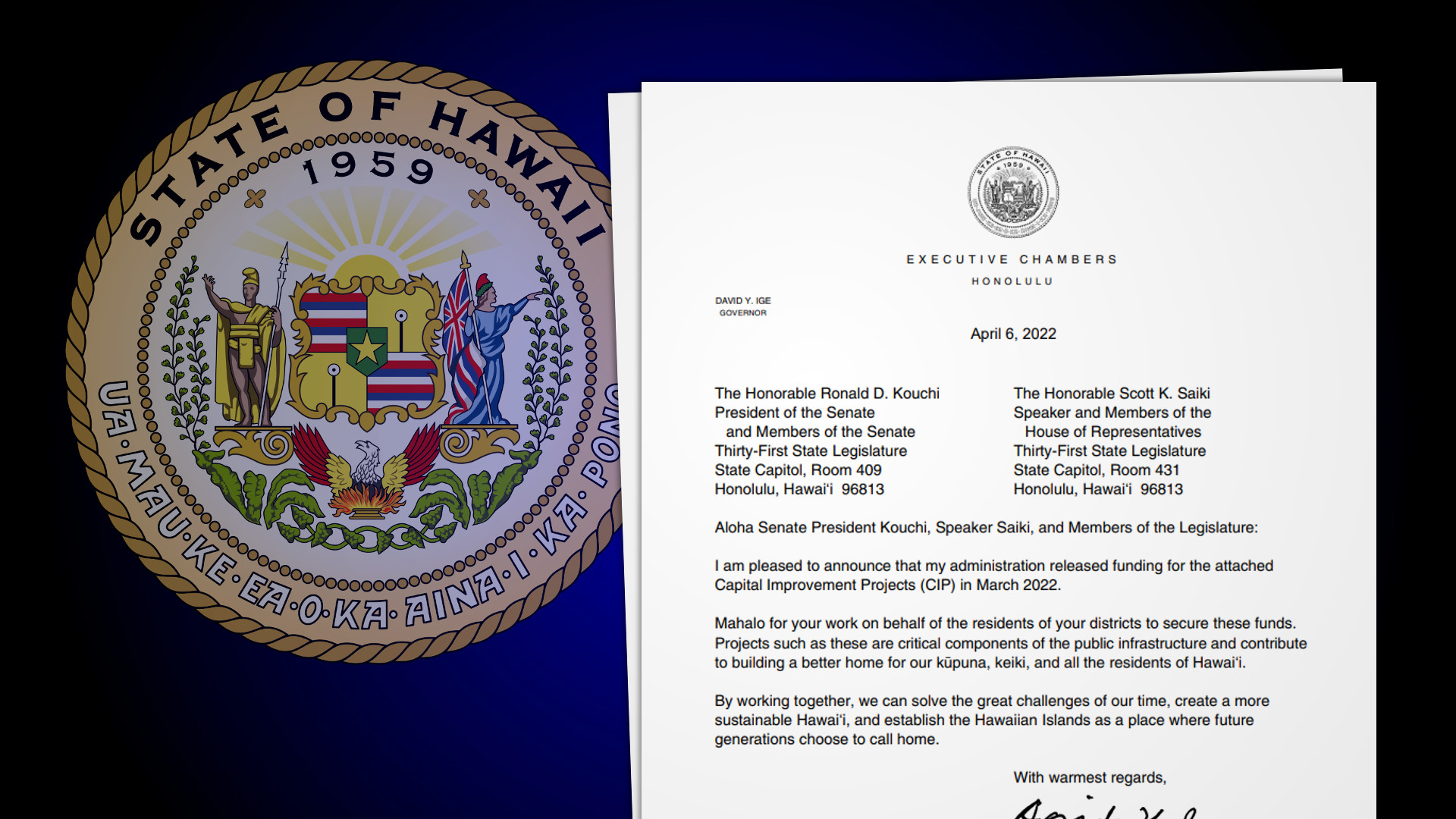 HAWAIʻI - Funding has been secured for projects like the Pāhoa Wastewater Management Study, Lālāmilo Water Reservoir, and Kona Community Hospital.

(BIVN) – Funds have have been secured for several projects on Hawaiʻi island as a result of the latest Capital Improvement Projects, or CIP, release by the State of Hawaiʻi.

Governor David Ige on Tuesday announced the release of $276,557,732 for CIPs that will be administered by various state departments. These funds were released in February and March of 2022.

“These investments in communities around the state provide the best and most direct way to drive our economy and create jobs for our people, and they help to improve the daily experience of our residents and those who visit Hawaiʻi,” said Gov. David Ige in a news release.