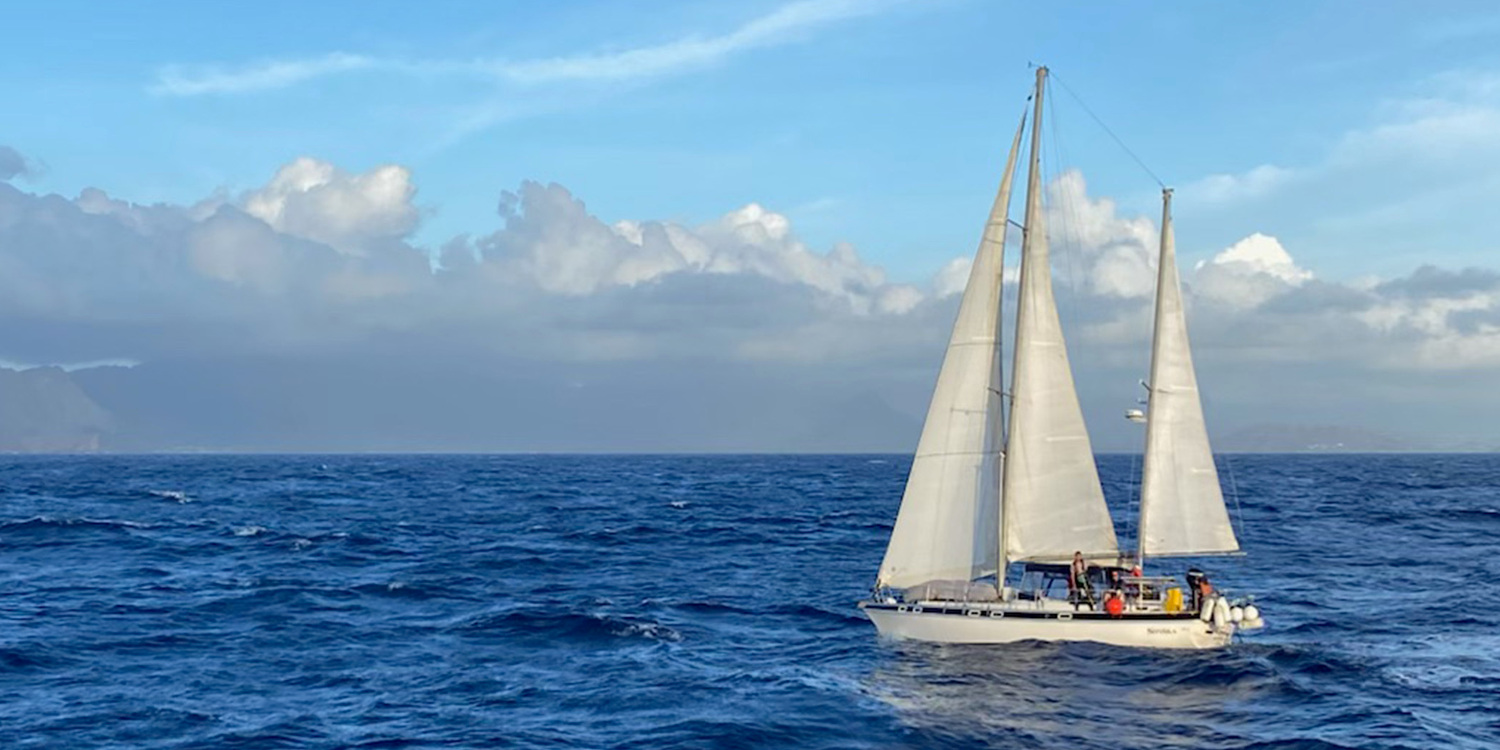 HAWAIʻI ISLAND - The 38-foot sailing vessel Shyska had been battered in a recent storm while their engine was inoperable.

According to the USCG:

The vessel became disabled after damage to its rudder and the Joseph Gerczak’s crew towed the vessel until repairs were made at sea at which point the cutter escorted the Shyska to port and Sector Honolulu watchstanders monitored the vessel’s journey.

“With the Sector Honolulu Command Center and our crew’s decades of wisdom and collective creativity we were able to ensure the safety of the Shyska’s crew during their navigation to Oahu,” said LT Joseph Blinsky, the Joseph Gerczak’s commanding officer. “Our team trains hard to ensure we are prepared for cases just like this one and we were able to conduct this difficult operation in seas over 10 feet and winds above 20 mph.”

At 9:04 a.m., Saturday, Coast Guard Sector Honolulu watchstanders received a report from the crew of the Shyska stating the vessel was disabled 180 nautical miles northeast of Hawaii Island after damage to their rudder.

The crew reported they were in good health with emergency supplies for several days and the vessel’s sails had been battered in a recent storm while their engine was inoperable.

Sector Honolulu Command Center put the vessel on a communication schedule, issued an Urgent Marine Information Broadcast notice to mariners, and deployed an Air Station Barbers Point HC-130 Hercules aircrew and the crew of the Joseph Gerczak to assist.

On Sunday the crew of the Joseph Gerczak arrived on scene and began towing the vessel back to Honolulu. During the transit the Jospeh Gerczak’s crew passed tools and fuel over to the Shyska’s crew who were able to effect repairs on the vessel and continue under their own power.

The crew of the Joseph Gerczak and Sector Honolulu Command Center continued to monitor the Shyska’s journey until 3:00 p.m., when the sailing vessel arrived safely at Ala Wai Harbor on Oʻahu.