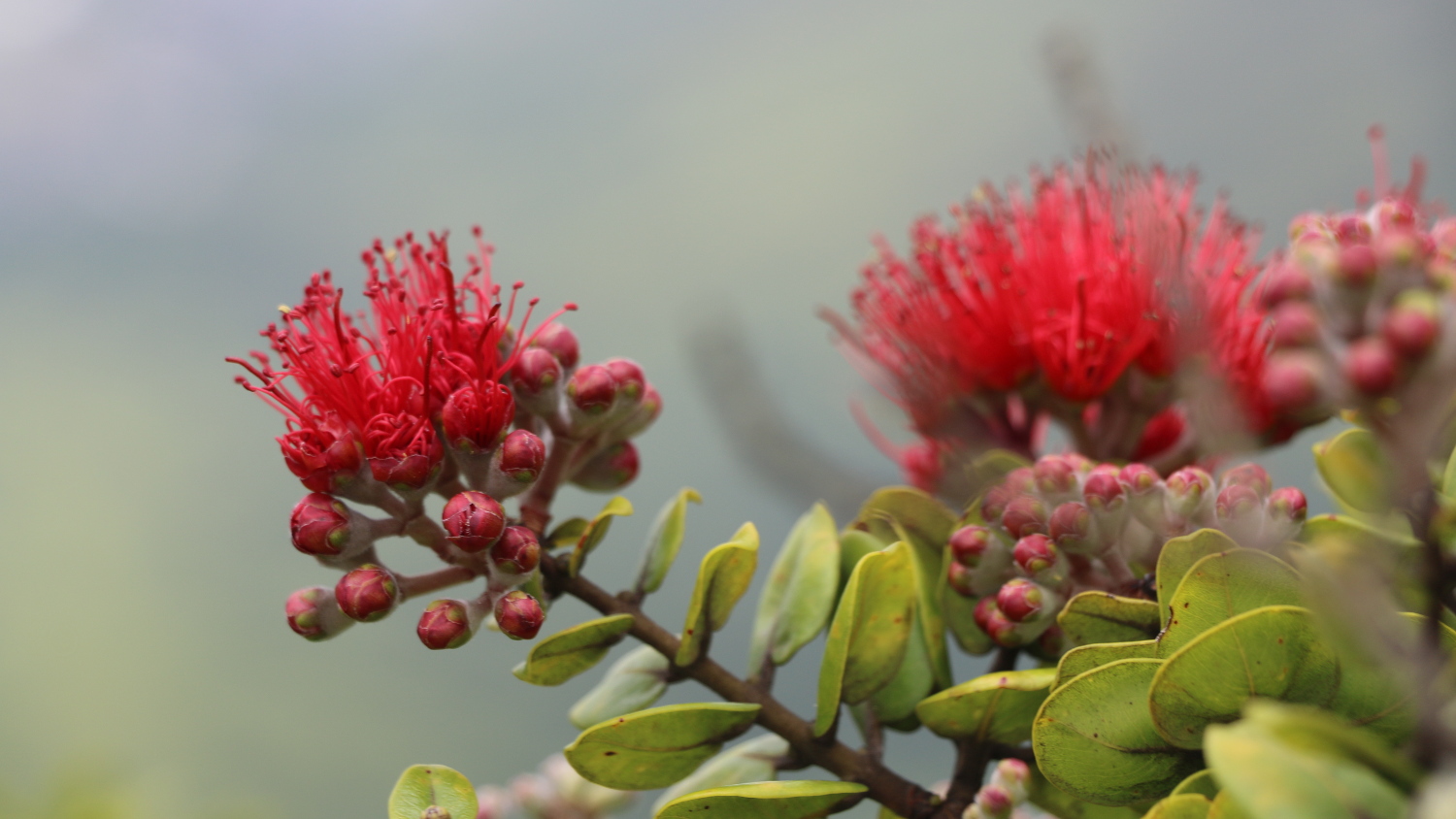 HAWAIʻI - The study, which highlights the value of ʻōhiʻa in capturing carbon, provides support for recovery of the native tree, officials say. 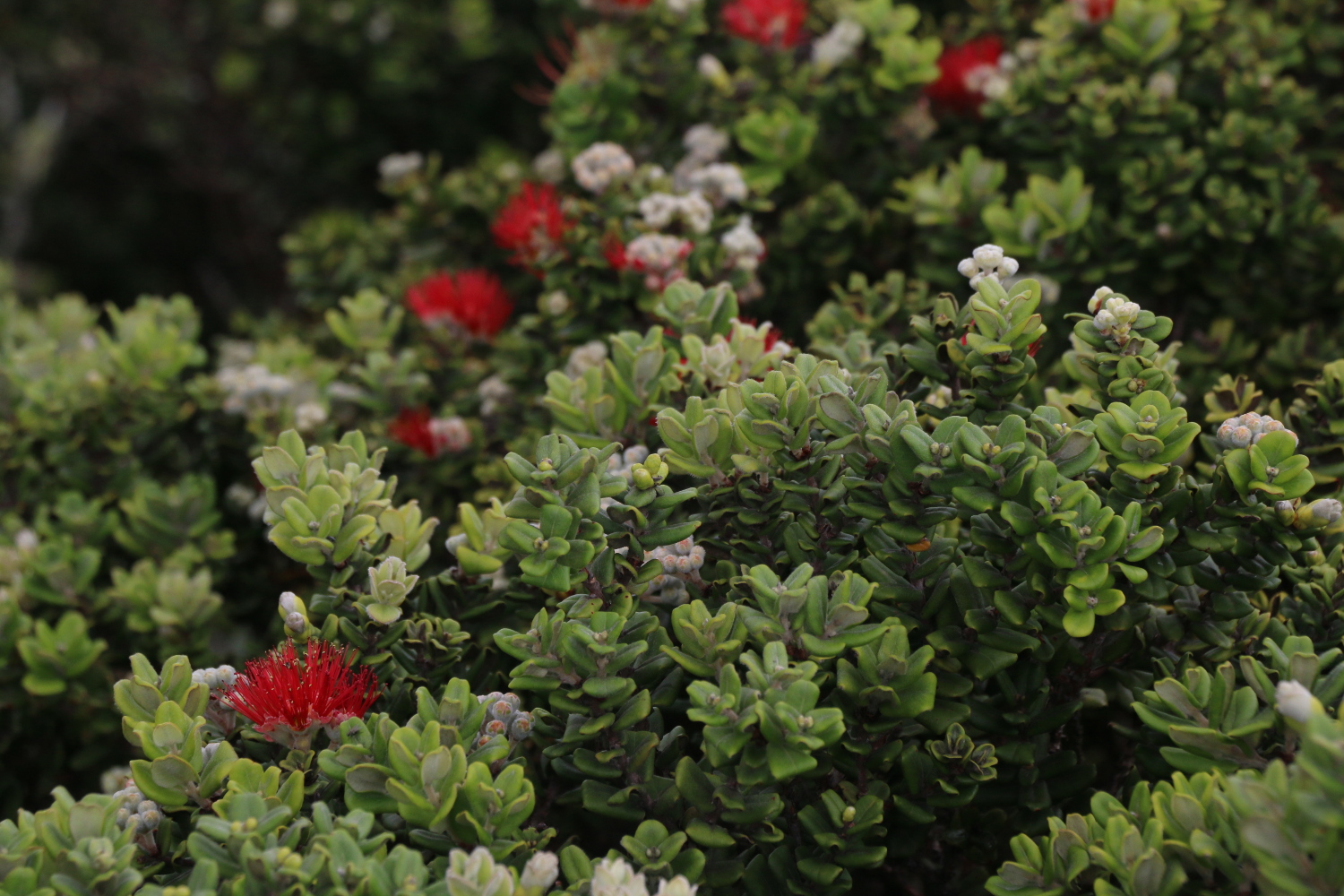 (BIVN) – The Hawaiʻi Department of Land and Natural Resources is highlighting a new study that provides support for the recovery of ʻōhiʻa in Hawaiʻi. From the DLNR:

A newly released study by federal and university researchers provides “encouragement and guidance” for land managers wanting to reestablish ʻōhiʻa stands wiped out by the fungal disease, Rapid ʻŌhiʻa Death, or impacted by other disturbances like volcanic activity and wildland fires.

In the academic paper, Aboveground carbon accumulation by second-growth forests after deforestation in Hawai‘i, researchers looked at how carbon accumulates after disturbances (lava flows, fire, disease) in the native ʻōhiʻa, compared to invasive species, Albizia and strawberry guava. The authors write that the opportunity to understand and document aboveground forest carbon accumulation presented itself in the mid-1980s when portions of an intact, mature native lowland rainforest in the Puna District of Hawai‘i Island were cut to the ground and bulldozed.

“These actions created extensive areas of exposed, highly disturbed lava fields across most of the clearcut region,” the study notes. Subsequent long-term monitoring of secondary tree succession showed widespread recruitment and growth of ʻōhiʻa seedlings and strawberry guava. Strawberry guava “is considered a profound threat to native Hawaiian forests, and it has displaced native species across hundreds of thousands of acres.”

One of the researchers’ primary questions was, “After several decades of succession since disturbance, to what degree have second-growth forests in clearcut areas accumulated carbon mass relative to adjacent, intact, mature primary forests?”

More broadly the scientists wanted to learn the extent to which Hawai‘i’s dominant native tree, ʻōhiʻa, will be a viable candidate for reforestation efforts in the wake of stand-level kill-off induced by Rapid ʻŌhiʻa Death and how ʻōhiʻa dominated forests may help combat climate change, by increasing forest carbon capture across the Hawaiian Archipelago.

USDA-Forest Service research ecologist, Flint Hughes, lead author of the study, noted the surprising and heartening result, “Not only are mature ʻōhiʻa forests capable of storing as much carbon in their living biomass as big tropical rainforests elsewhere in the world, second-growth ʻōhiʻa forests recovering from disturbances, such as clearcutting, grow every bit as fast as highly productive second-growth forests in Latin America, Asia, or Africa”.

However, Hughes cautioned that the rapid carbon accumulation of second growth ʻōhiʻa forests only occurred where invasive, non-native trees like strawberry guava and Albizia were not present. “Given those results, it’s clear that non-native weed management is essential to the reestablishment and continued health of our ʻōhiʻa forests”.

The recent study confirmed previous studies that showed ʻōhiʻa stands could replace themselves quickly, if factors like non-native plant invasions don’t disrupt their establishment and development.

On Hawai‘i Island alone, there are an estimated 290 million mature ʻōhiʻa; collectively, they are an order of magnitude more numerous than any other native tree species.

David Smith, Administrator for the DLNR Division of Forestry and Wildlife (DOFAW) said,

“This is invaluable information in helping guide us to make restoration and recovery decisions for ʻōhiʻa-dominated forests that have seen the devastating impacts of the fungal disease. It supports our long-held notion that native species are best for various reasons, not the least of which being valuable in capturing carbon from the atmosphere, as we investigate and consider all tools to combat climate change.”