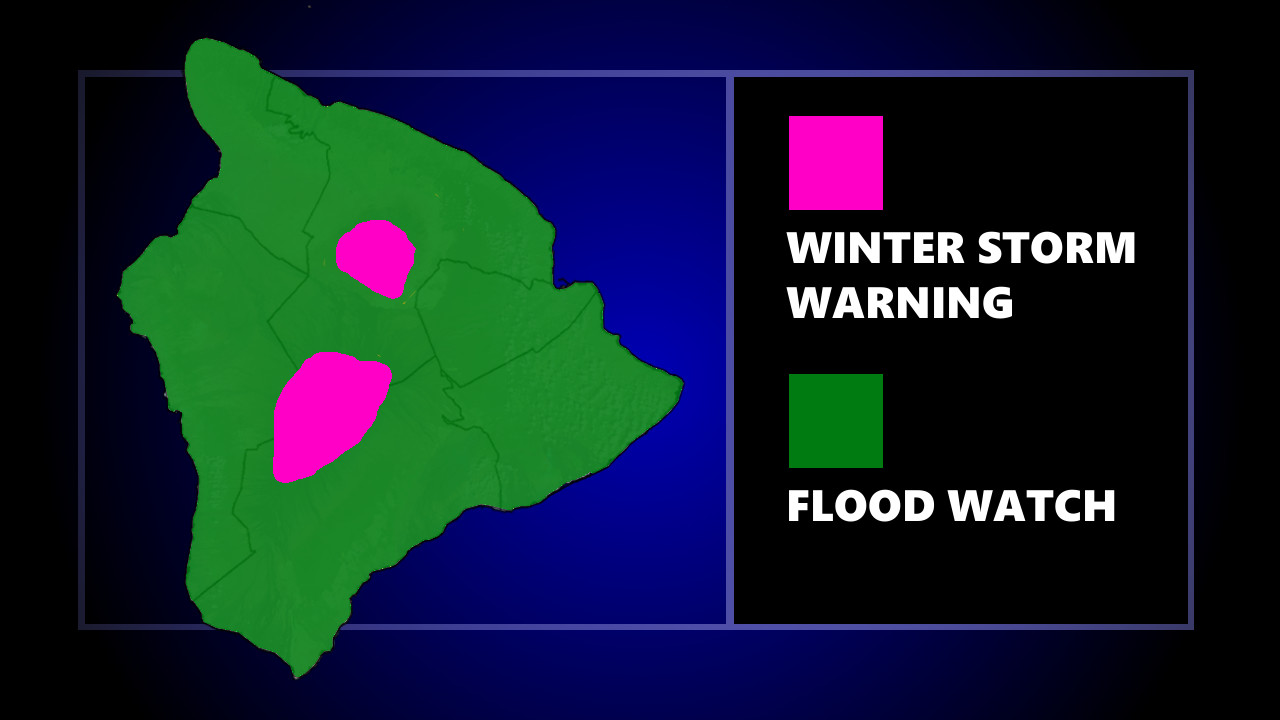 HAWAIʻI ISLAND - A Wind Advisory and a Flood Advisory were also issued for portions of the Big Island on Saturday.

(BIVN) – A wet trade wind pattern is evolving over the State of Hawaiʻi, and is already beginning to effect windward areas of Hawaiʻi island today. A number of weather alerts have already been issued.

The entire Big Island is under a Flash Flood Watch through late tonight. “A passing upper-level disturbance will support heavy showers and thunderstorms that could lead to flash flooding through tonight,” said the National Weather Service in Honolulu. “The highest flood risk will be across windward slopes, though heavy rainfall and thunderstorms could occur anywhere.”

“Flood prone roads and other low lying areas may be closed due to elevated runoff and overflowing streams,” the forecasters wrote. “Urban areas may receive more significant flooding and property damage due to rapid runoff.”

A Flood Advisory was issued Saturday morning for North & South Kohala, Hāmākua, Hilo, and the Puna Districts. Hawaiʻi County Civil Defense reported flooding in Hilo along Kamehameha Avenue, and rocks on the roadway in all three gulches on Highway 19 along the Hāmākua coast.

A Wind Advisory is also in place for much of the island. East winds of 20 to 30 mph, with localized gusts to 50 mph, will be possible. At these speeds, winds can “tear off shingles, knock down tree branches, blow away tents and awnings and make it difficult to steer, especially for drivers of high profile vehicles,” forecasters said.

A Winter Storm Warning was also issued for Big Island summits, in effect until Sunday morning. Periods of heavy snow are expected on Maunakea and Mauna Loa above 12,000 feet, with accumulations of 6 inches or greater. “Heavier bursts of snow could be accompanied by gusty winds, low visibility in clouds, and cloud to ground lightning.”

As of Saturday morning, the Maunakea Summit Access Road was closed to the public at the Visitor Information Station.