Photo of Sen. Hirono on Kolekole Bridge, courtesy the office of Senator Hirono. 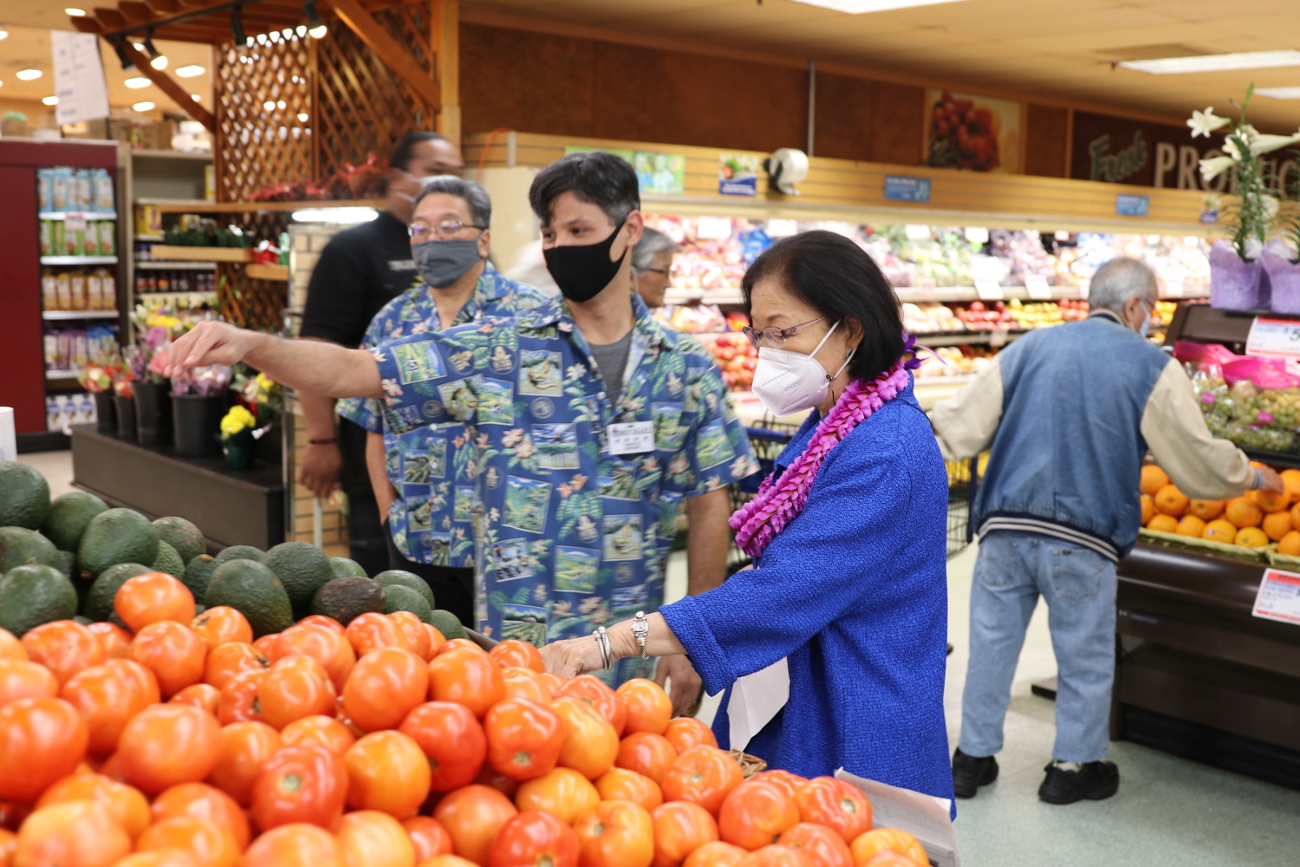 Photo of Sen. Hirono at KTA, courtesy the office of Senator Hirono.

(BIVN) – U.S. Senator Mazie Hirono (D, Hawaiʻi) was on Hawaiʻi island on Thursday, and she made several stops during her visit.

From the office of the senator:

Today, Senator Mazie K. Hirono (D-HI) held events on Hawaii Island focused on lowering costs for working families and investing in Hawaii communities. Amid rising costs around the world, Senator Hirono and her Democratic colleagues are doing everything in their power to lower costs for families. Senate Democrats have taken action to address short-term supply chain issues, increase oil supply, push for lower prescription drug prices and child care costs, and promote competition. In recent weeks, Senator Hirono has introduced legislation to cap the cost of insulin at $35 a month and combat price gouging on essentials like food, gasoline, and prescription drugs.

Additionally, Senator Hirono helped pass the bipartisan Infrastructure Investment and Jobs Act last year to invest in America’s infrastructure. The law includes more than $2.8 billion in federal funding for Hawaii to help upgrade and modernize the state’s infrastructure, which will strengthen supply chains, help goods get to market, and lower costs for Hawaii families.

The Senator started her day with a visit to the KTA Super Store in Puainako, where she discussed DA BUX program, which partners with food retailers to make produce grown in Hawaii more affordable for SNAP-EBT cardholders, and efforts to lower food costs. Senator Hirono has been a vocal supporter of DA BUX program. Last year she supported a $5 million federal grant to help the program build capacity and she will continue to support the program.

“With food costs rising, we need to do everything we can to help provide families with nutritious, affordable food,” said Senator Hirono. “Today, I saw firsthand how DA BUX program is helping families with low incomes purchase fresh, locally-grown produce. As we work to make sure every family in Hawaii has food to eat, I will continue to champion this important program and other initiatives that help to lower food costs for families.”

“The Kolekole bridge plays an essential role in the lives of people who live and work in Honomu. But like so much of our nation’s infrastructure, it requires upgrades and additional maintenance to better serve the community,” said Senator Hirono. “Thanks to the bipartisan Infrastructure Investment and Jobs Act, Hawaii is set to receive more than $2.8 billion for infrastructure investments including upgrades to bridges and roads. This historic funding will help make sure Hawaii remains a great place to live, work, and explore for decades to come.” 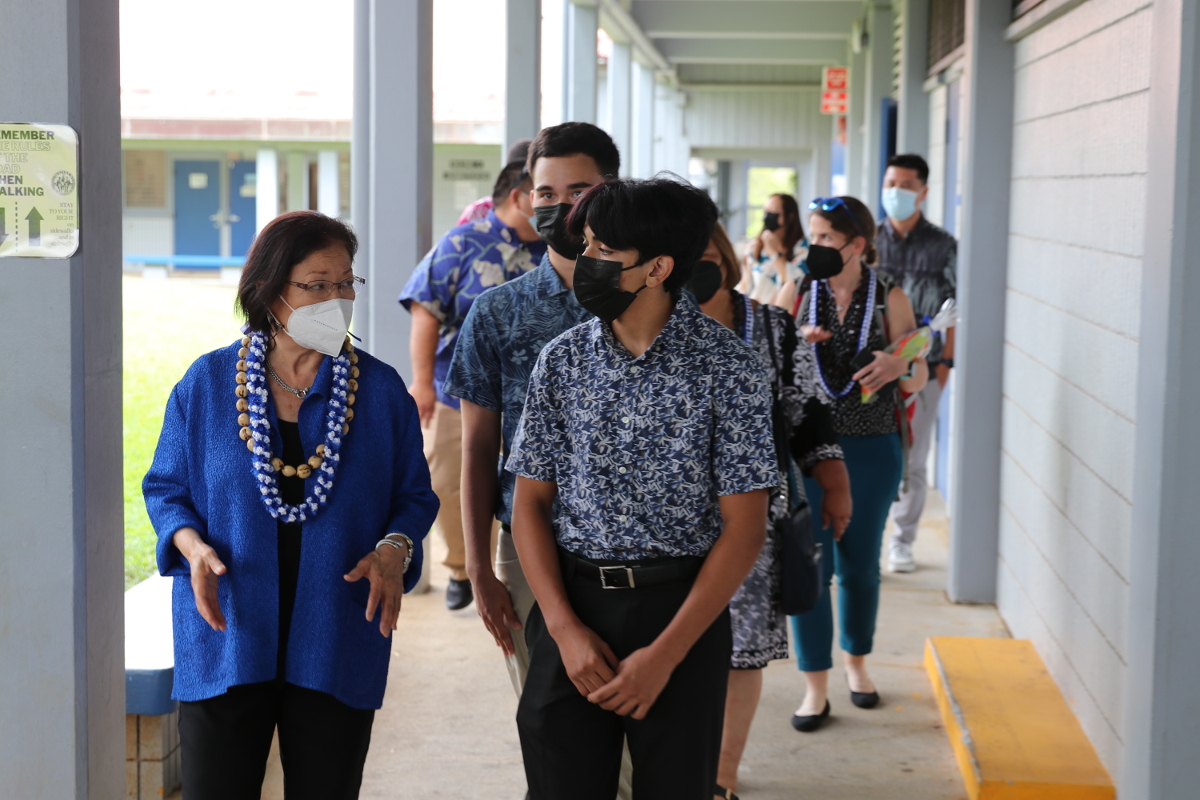 “As Hawaii’s 2022 Teacher of the Year, Whitney Aragaki has made substantial contributions to her school, students, and community,” said Senator Hirono. “I was honored to have her as my guest for this year’s State of the Union, and I enjoyed the opportunity to see her in action in the classroom today with her bright young students. The last two years have been incredibly challenging for students, parents, and educators. As we continue our recovery and work to address learning loss, I’m working to make sure every student in Hawaii can learn safely in the classroom.” 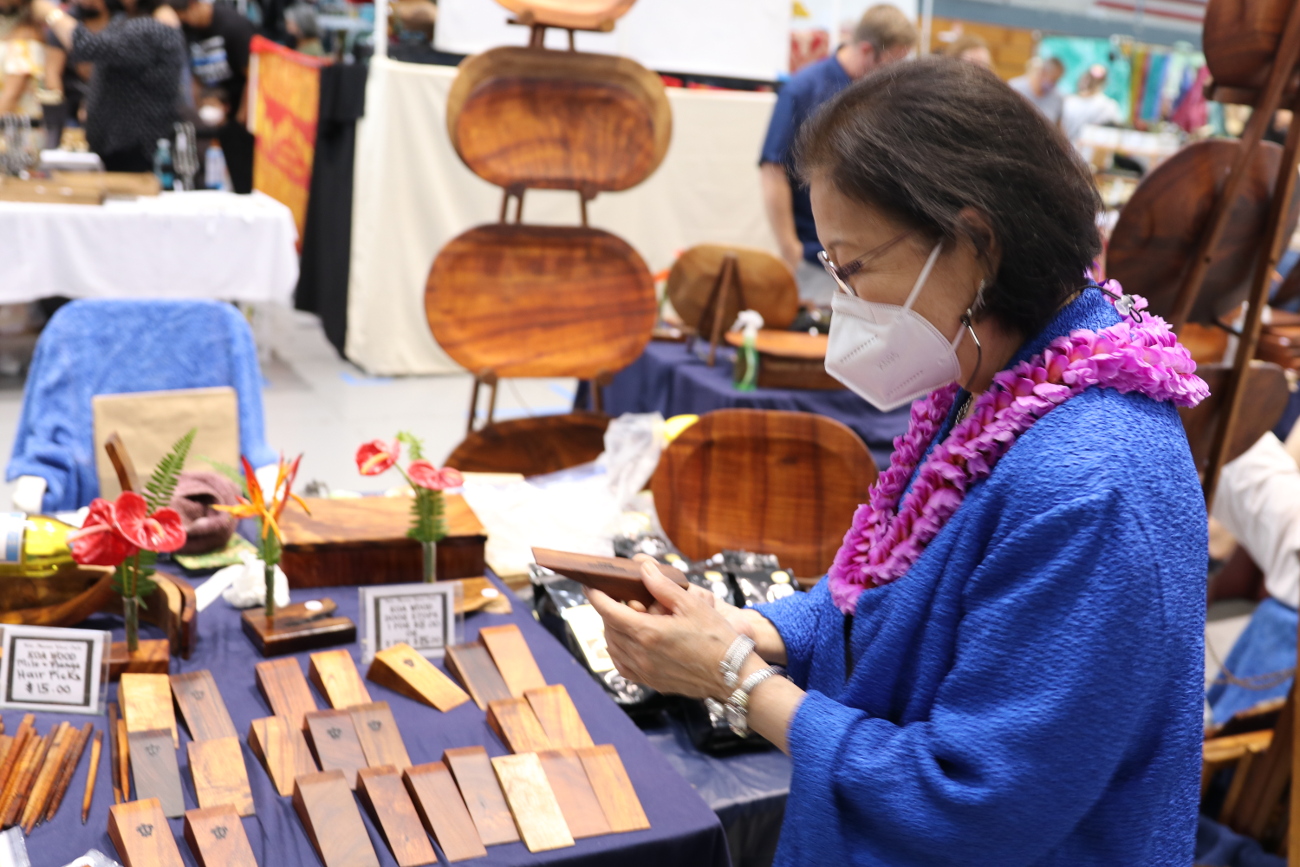 The Senator ended her day on the Big Island with a visit to the Merrie Monarch festival in Hilo – a major economic driver for Hawaii Island and the vendors participating.

“The Merrie Monarch Festival is a wonderful celebration of Hawaii’s unique history, culture, and talent—it has also developed into an important economic driver for the Big Island,” said Senator Hirono. “After two years without the Merrie Monarch Festival, it was great to see the festival back in action this year and to meet so many talented local artists and craftspeople from across Hawaii.”