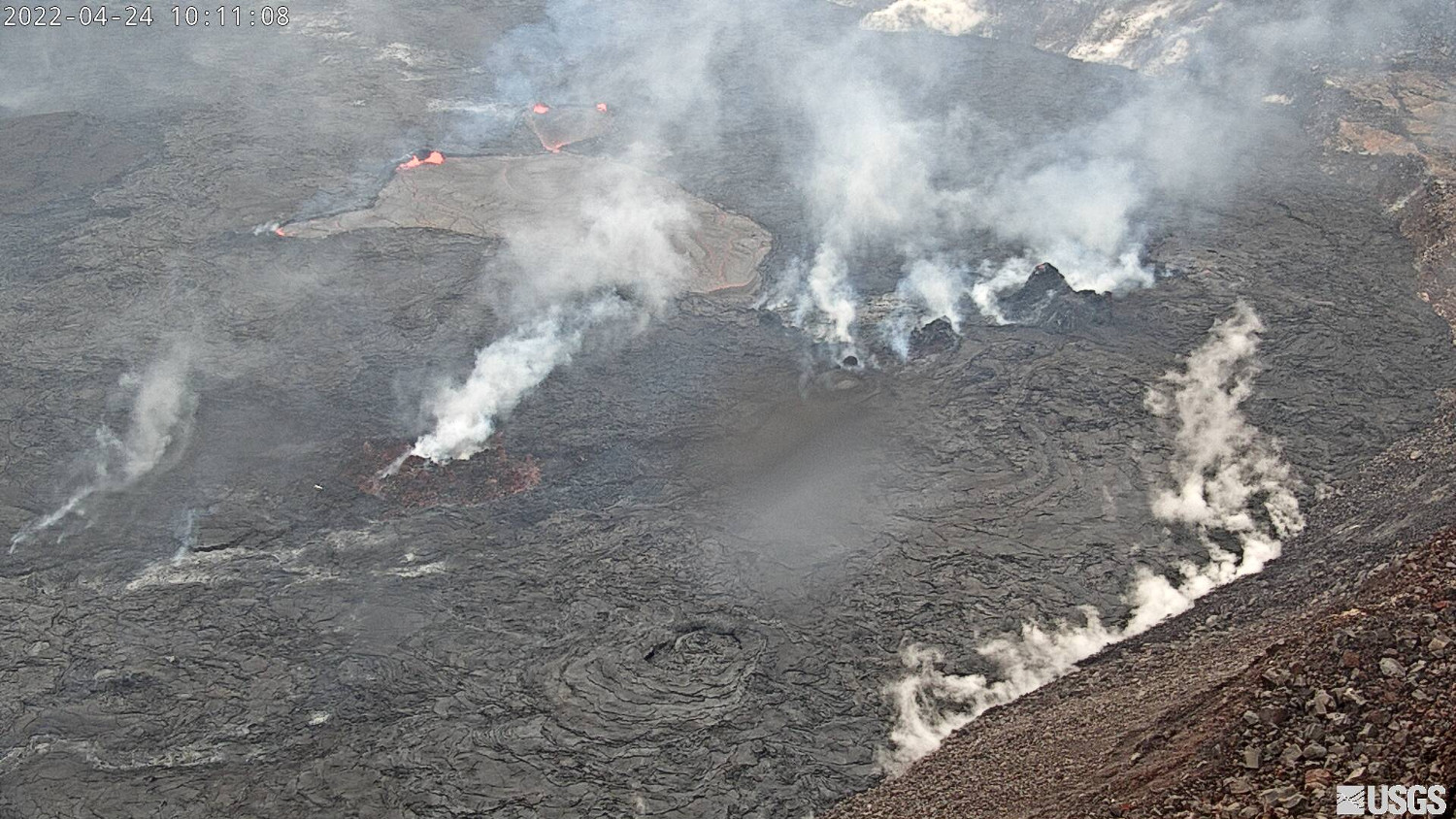 USGS webcam shows the eruption of lava within Halemaʻumaʻu on Sunday, April 24

HAWAIʻI VOLCANOES NATIONAL PARK - Scientists note that the behavior of the eruption at the summit of Kīlauea has changed and is no longer undergoing complete pauses.

(BIVN) – The summit eruption of Kīlauea Volcano, within Halemaʻumaʻu continued on Sunday, with all activity confined to the summit crater inside Hawaiʻi Volcano National Park. Scientists say that “current data indicate that this scenario is likely to continue.”

Due to the constant activity, the USGS Hawaiian Volcano Observatory said it will no longer be issuing evening status reports. From HVO status report on Friday afternoon:

This will be the final afternoon Status Report that HVO publishes unless conditions change significantly in the future. Several weeks ago the behavior of the eruption changed and the eruption is no longer undergoing complete pauses. Lava has been continuously active within Halemaʻumaʻu though the intensity of the surface activity fluctuates. Lava activity is well described in the more detailed Daily Updates that are produced each morning and there is no longer a need for the afternoon status reports.

Eruption of lava from the western vent into the active lava lake and onto the crater floor continued over the past 24 hours. The active part of the lava lake showed continuous surface activity. The lake height was high through most of the day, with occasional overflows onto the crater floor. Sporadic breakouts continue along the margins of the crater, particularly to the northeast during the past 24 hours. Since the beginning of this eruption on September 29, 2021, the crater floor has seen a total rise of about 99 meters (325 feet). The volume of lava effused since the beginning of this eruption was approximately 66 million cubic meters (18 billion gallons) as measured on April 6, 2022.

A sulfur dioxide (SO2) emission rate of approximately 1,550 tonnes per day (t/d) was measured on April 21, 2022, USGS reported. No unusual activity has been noted along the East Rift Zone or Southwest Rift Zone.