PACIFIC OCEAN - Navigator Lehua Kamalu estimated, as of yesterday, the canoes were about 885 nautical miles along their course from Hilo to Tahiti. (BIVN) – The Hōkūleʻa and Hikianalia voyaging canoes are approaching the Intertropical Convergence Zone, a week removed from departing Hilo for Tahiti.

Kamalu estimated that as of yesterday morning, the canoes were approximately 885 nautical miles along their course from Hilo to Tahiti. She explains that varying currents and conditions during this part of the leg prove to be challenging due to the northeasterly winds, which makes steering to Tahiti difficult. According to Kamalu, this part of the voyage when the canoes are expected to hit the Intertropical Convergence Zone, known as the doldrums, gets tricky because of the different current conditions and different navigational marks there. 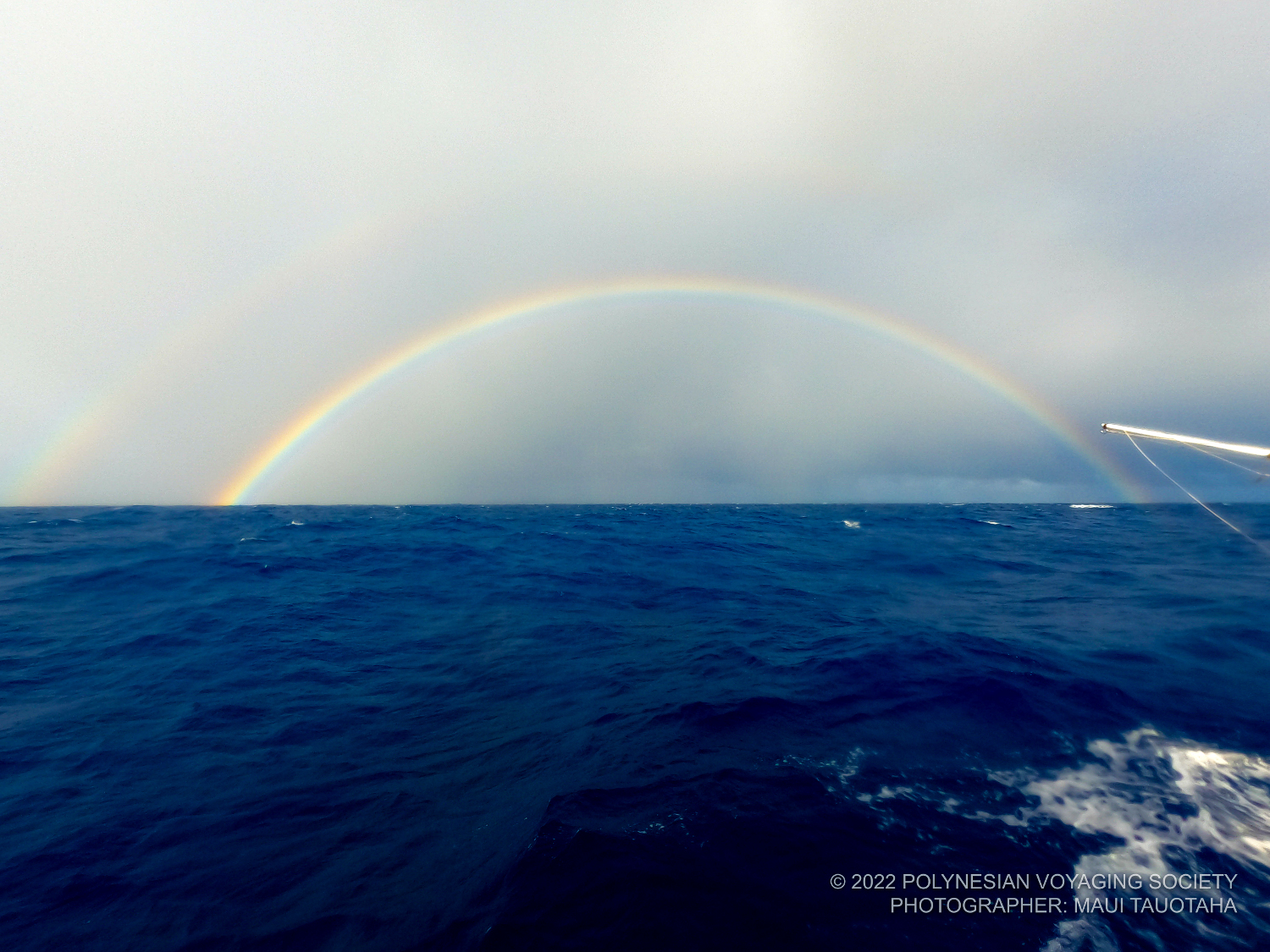 “Another day for the ʻŌnohiwai”, photo courtesy Polynesian Voyaging Society

Hōkūleʻa and Hikianalia departed Hilo last Monday after waiting five days for the best weather conditions to launch the canoes on Kealaikahiki, the 2,500-mile ancient sea road to Tahiti. The “Kealaikahiki Voyage” is focusing on navigational training and cultural protocol to prepare the crew and test the canoes before they embark on the Moananuiākea Voyage next year.

The Kealaikahiki Voyage voyage can be followed using a live tracking map on hokulea.com.