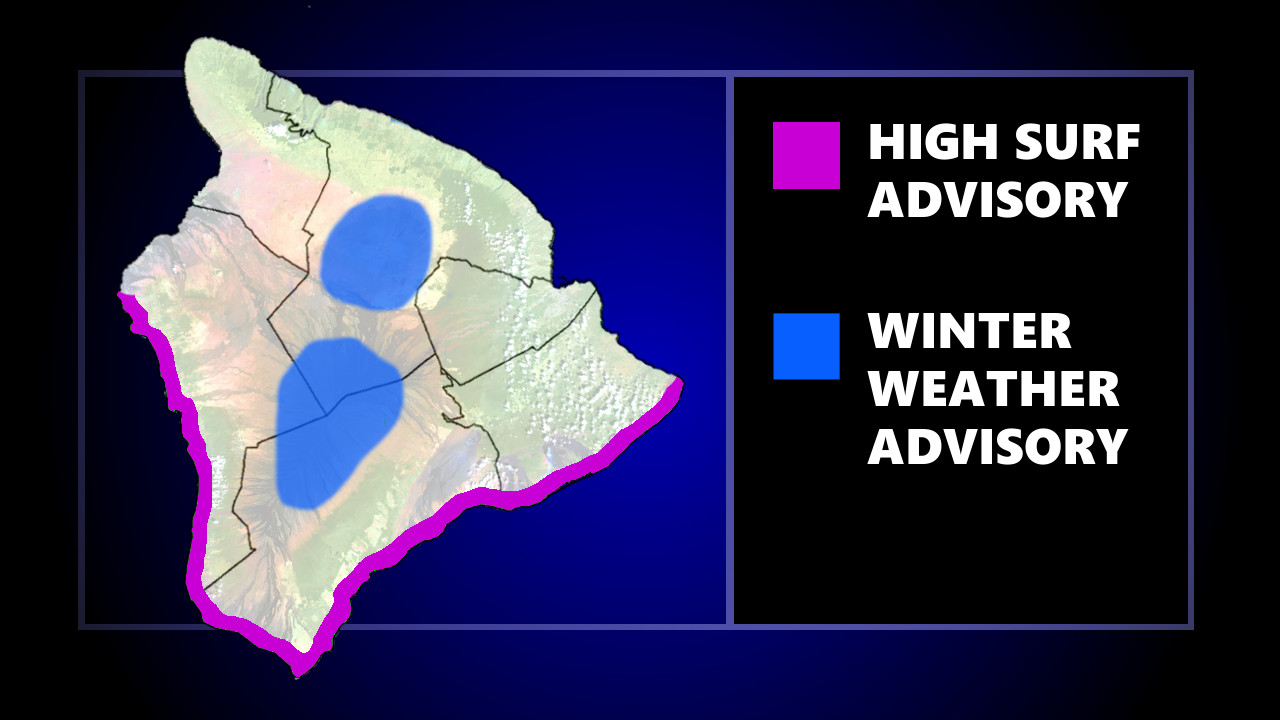 HAWAIʻI ISLAND - A long-period south swell are expected to arrive over the next couple of days, and periods of snow and freezing rain are possible atop Maunakea.

(BIVN) – Adding to a day of heavy rain in East Hawaiʻi, the National Weather Service in Honolulu on Monday evening issued a High Surf Advisory for south-facing shores, and posted another Winter Weather Advisory for Big Island summits.

A Flood Advisory was in place for Puna, Hilo, and Hāmākua for much of the day.

“Deep moisture will combine with a low aloft to bring periods of wintry precipitation to the Big Island Summits,” forecasters wrote. “Dangerously slick roadways and visibility near zero, with the road to the summit of Mauna Kea closed.”

Meanwhile, “several pulses of long-period south swell are expected to arrive over the next couple of days,” the National Weather Service wrote as it issued its High Surf Advisory for the south-facing shores of all islands.

Surf of up to 10 feet will be possible until 6 p.m. Thursday, forecasters said.

The Hawaiʻi County Civil Defense says affected areas are from Keahole Point in North Kona South, through South Point, to Cape Kumukahi in Puna. Officials said the following are issued:

The Winter Weather Advisory will be in place until 6 p.m. on Tuesday.