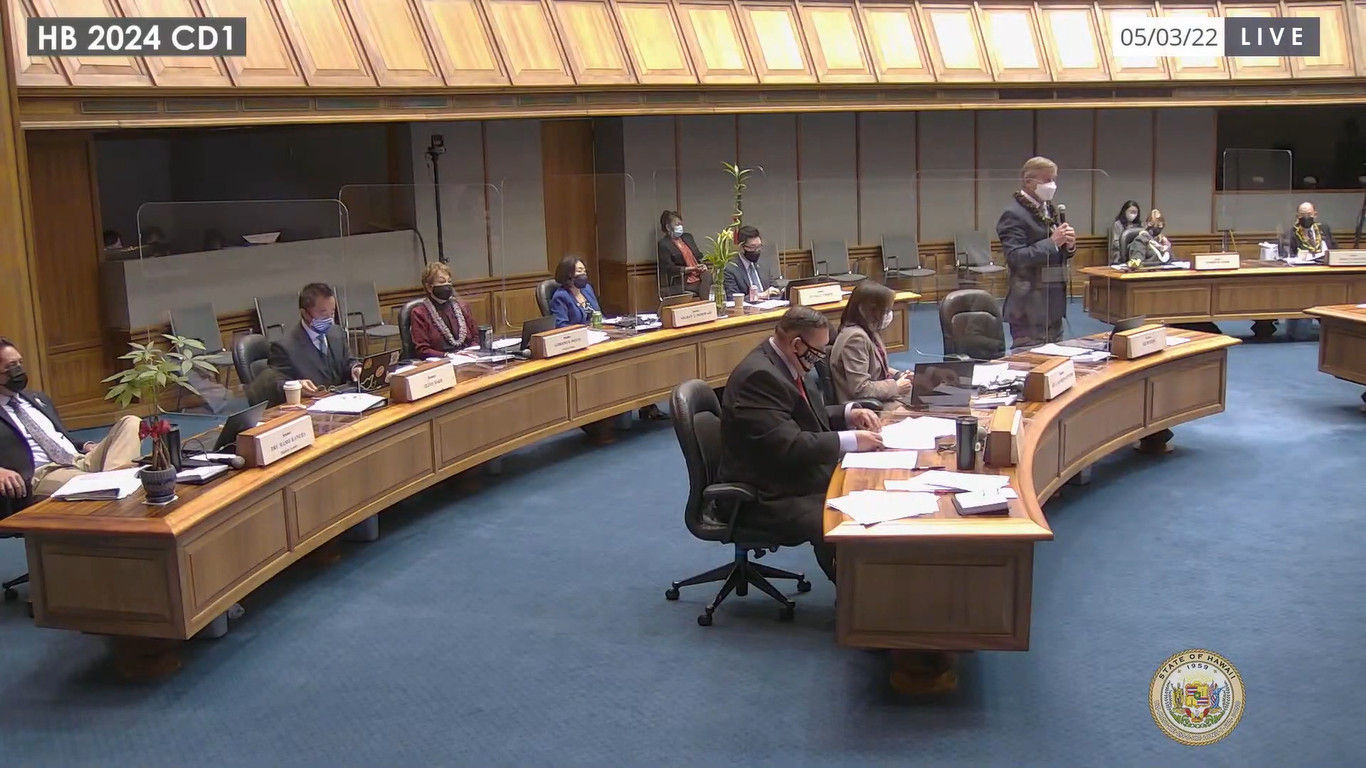 image from Hawaiʻi State Senate livestream on May 3, 2022

HONOLULU, Hawaiʻi - HB2024 establishes the Mauna Kea Stewardship and Oversight Authority as the sole authority for the management of Mauna Kea lands.

(BIVN) – The Hawaiʻi House and Senate on Tuesday voted to approve a final version of a bill that will transition the management of Maunakea from the University of Hawaiʻi to a soon-to-be established Mauna Kea Stewardship and Oversight Authority.

Last week, a conference committee agreed to a final draft of House Bill 2024, which is now described:

The bill will now go to Governor David Ige to be signed into law.

While a formal response from the University of Hawaiʻi is still expected, the subject of the bill was discussed during a Maunakea Management Board meeting on Tuesday evening.

“If enacted, one implication is the UH will pause all work on the preparation of our(Environmental Impact Statement) for a new master lease, as conference draft one imposes a moratorium on all new leases”, said Greg Chun, the Executive Director of Mauna Kea Stewardship. “We will also pause all discussions on the (Mauna Kea Observatories) on new subleases,” Chun added.

Chun says the Center For Maunakea Stewardship will still be requesting approval from the UH Board of Regents on an updated Maunakea Comprehensive Management Plan on May 19th, as the University still has management responsibility until 2028.