livestream from Saturday's announcement from Team Kahele via YouTube

HILO, Hawaiʻi - The U.S. Rep, who made his announcement on Saturday from the Boys and Girls Club of the Big Island, declares “Hawaiʻi Is Not For Sale” 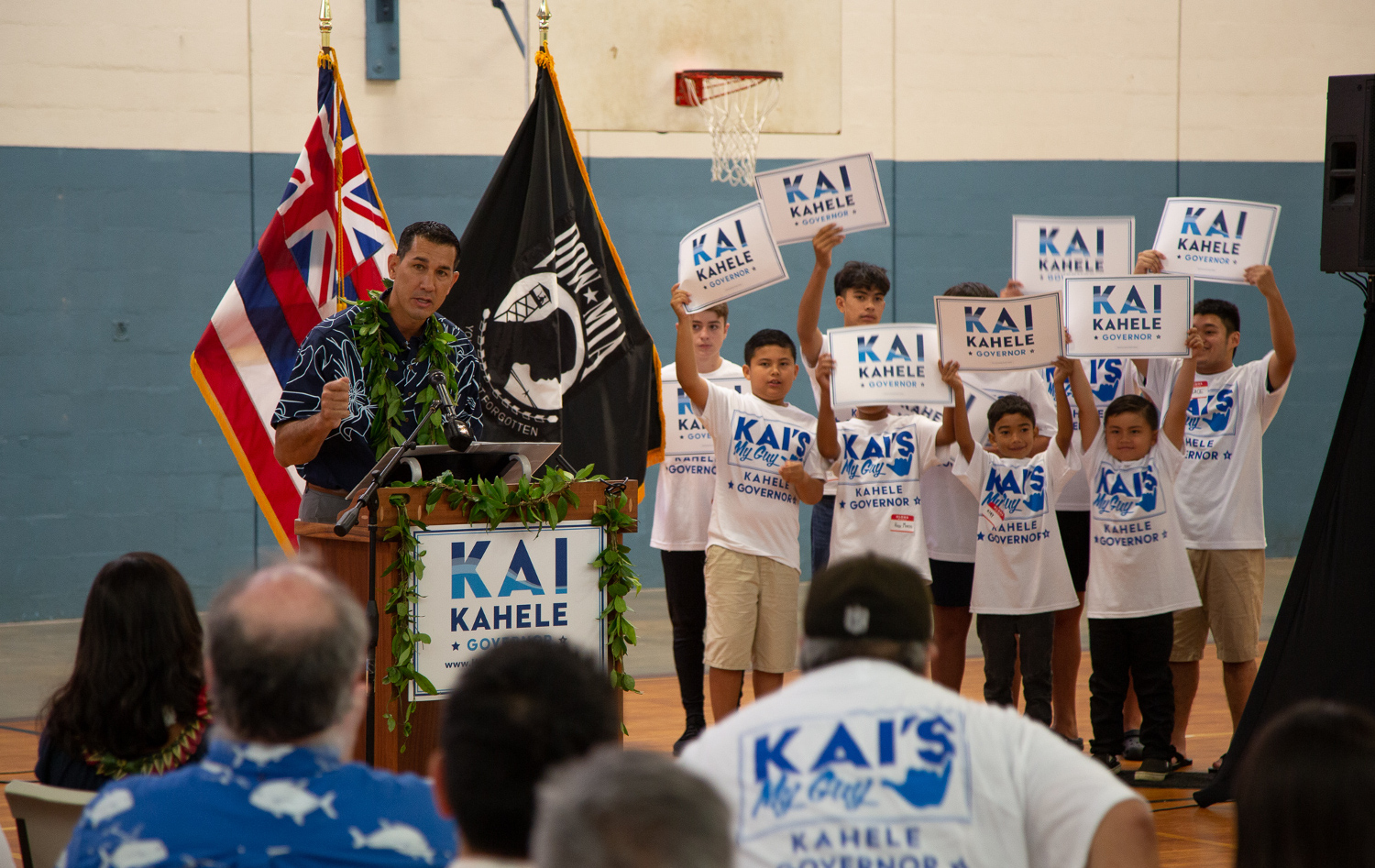 Kahele, a Democrat, made the announcement in Hilo, surrounded by supporters at the Boys and Girls Club of the Big Island. Kahele said he will prioritize campaign and election reform.

From the Friends of Kaialiʻi Kahele campaign:

Reforming Hawaiʻi’s campaign finance system and breaking through the ring of influence that large donors have on our elected officials for decades was at the core of Kahele’s message. He stated, “if we cannot win with a campaign uncorrupted by max donations and big outside money, then we have truly lost,” going on to assert that, “Hawaii is not for sale!”

Further driving home that message, Kai announced that he will be participating in the state’s public funding program and that the campaign will not be taking single donations greater than $100.

“It’s inspiring to have a candidate taking these bold steps, to ensure that all of us everyday-working people who know what our ʻohana and keiki need to thrive here at home have the equitable access to our elected officials,” shared Chad Cabral, CEO of the Boys & Girls Club of the Big Island.

Two of Hawaiʻi’s key unions – Ironworkers Local 625 and the Plasterers & Cement Masons, Local 630 – have already stepped forward and confirmed their endorsement of Kahele’s campaign for governor, catapulting his campaign into action.

Team Kahele has launched a website which also features a 10-point plan for campaign and election reform.

In 2020, Kahele was elected to represent Hawaiʻi’s 2nd Congressional District in Washington D.C., where he serves on the House Transportation and Infrastructure Committee, and the House Armed Services Committee.