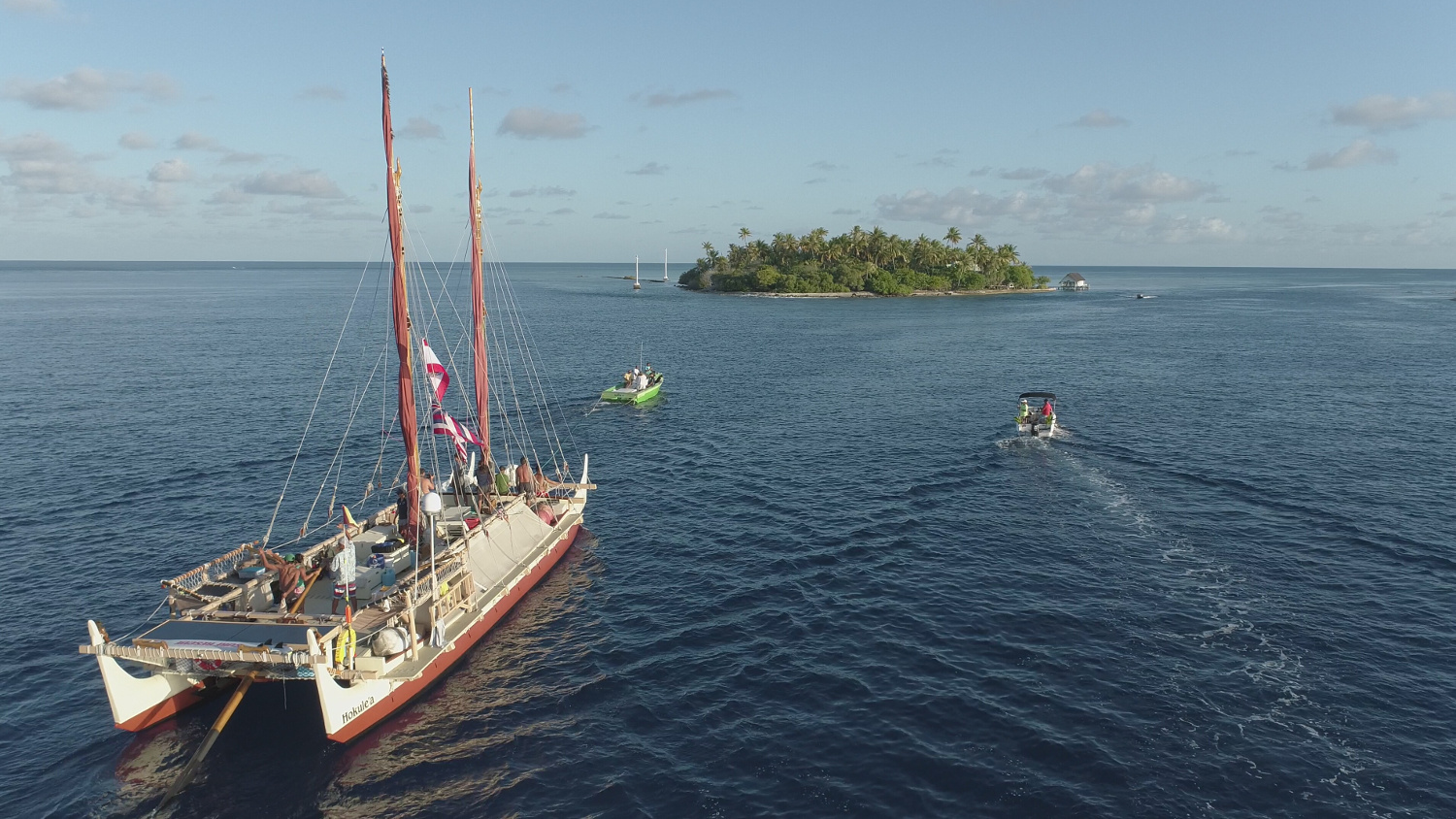 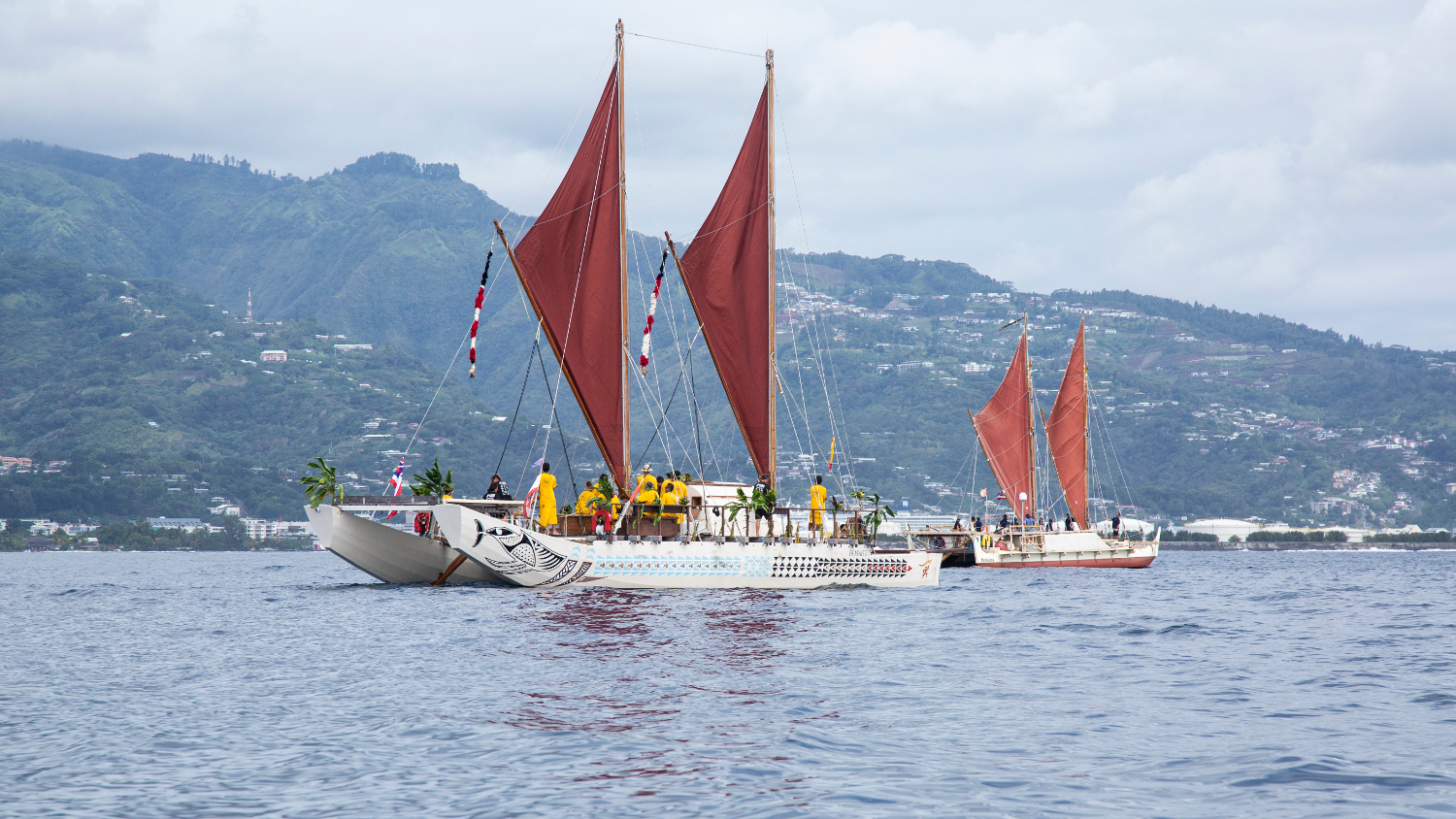 (BIVN) – The Hōkūleʻa and Hikianalia have arrived in Tahiti.

The Polynesian Voyaging Society shared this update on Saturday:

Hawaiʻi’s voyaging canoes Hōkūleʻa and Hikianalia sailed into Papeete, Tahiti this afternoon and received a large royal welcome from the Tahitian community, including French Polynesia President Édouard Fritch and other dignitaries. Once the canoes were moored at Hōkūleʻa beach, the crew were greeted with a traditional cultural ceremony followed by speeches and tributes honoring the crew for their successful voyage from Hawaiʻi to Tahiti.

The afternoon celebration commemorated the special relationship between Hōkūleʻa and Tahiti that began with the canoe’s maiden voyage to French Polynesia 46 years ago. It also marked the important precursor to the upcoming Moananuiākea Voyage, a circumnavigation of the Pacific Ocean that launches in the spring of 2023.

“We are about to embark on the largest voyage ever done, Moananuiākea, which will focus on bringing together the Pacific islands for the oceans,” said Polynesian Voyaging Society CEO Nainoa Thompson. “I can’t think of a better place to start this voyage than in this place of our ancestors where the relationship to nature, oceans and culture is so strong,” he added. 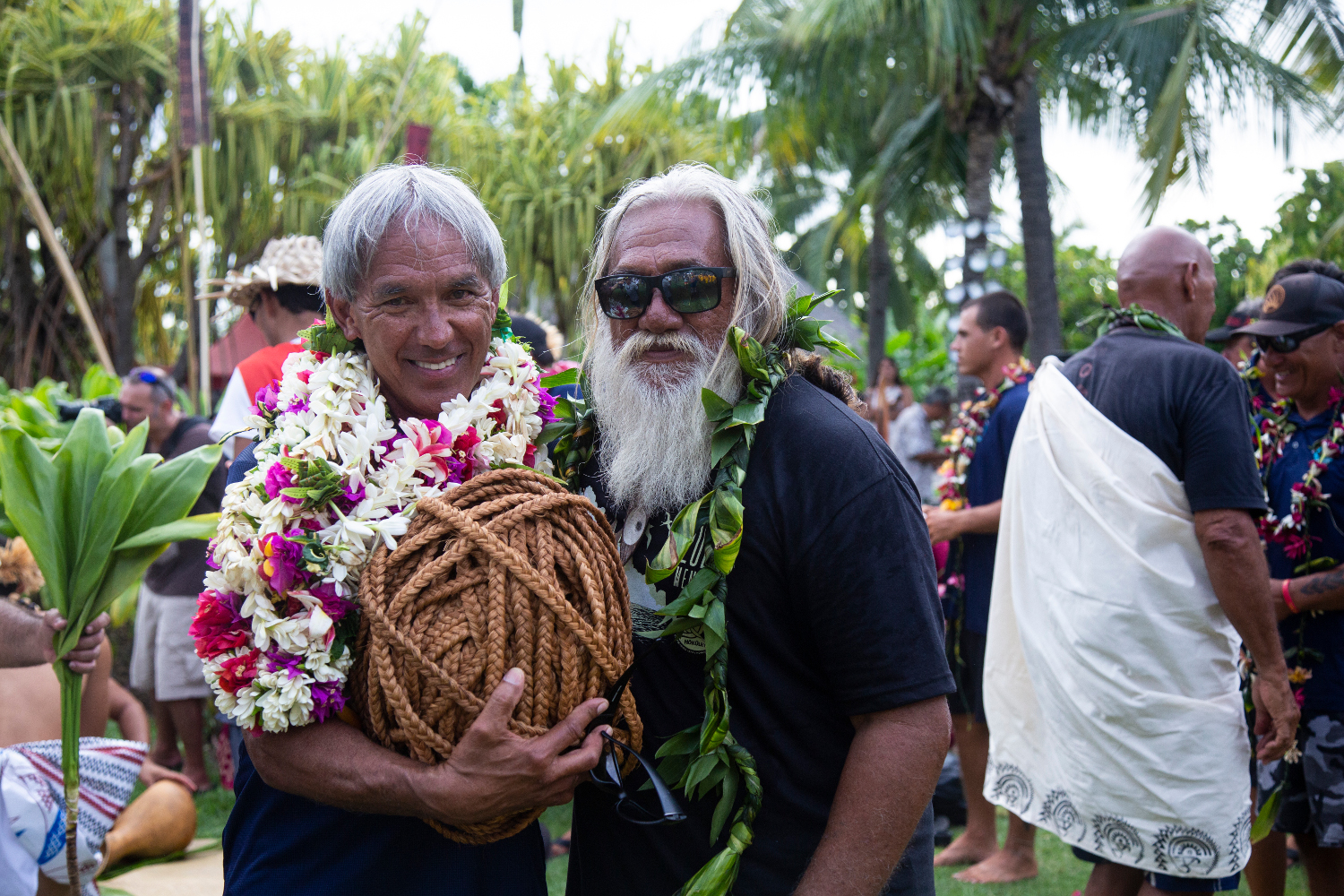 With the arrival of Hōkūleʻa and Hikianalia, “we are reviving the spirit of unity of the Polynesian peoples,” declared President Fritch.

Following the stop in Papeete, the canoes will sail to the ancient voyaging marae of Taputapuatea in Raiatea to follow ancient cultural protocol and ask permission to launch the Moananuiākea Voyage. Thompson and fellow Pwo Navigator Bruce Blankenfeld will also participate in the Blue Climate Summit, May 14-20, an event focused on accelerating ocean-related solutions to climate change.

Hōkūleʻa and Hikianalia are expected to depart Tahiti on May 20, 2022, and return to Hawaiʻi in mid-June.

The arrival of the canoes and welcoming ceremony were broadcasted live on French Polynesia’s TNTV.

The Kealaikahiki Voyage can be followed via the website, waahonua.com.