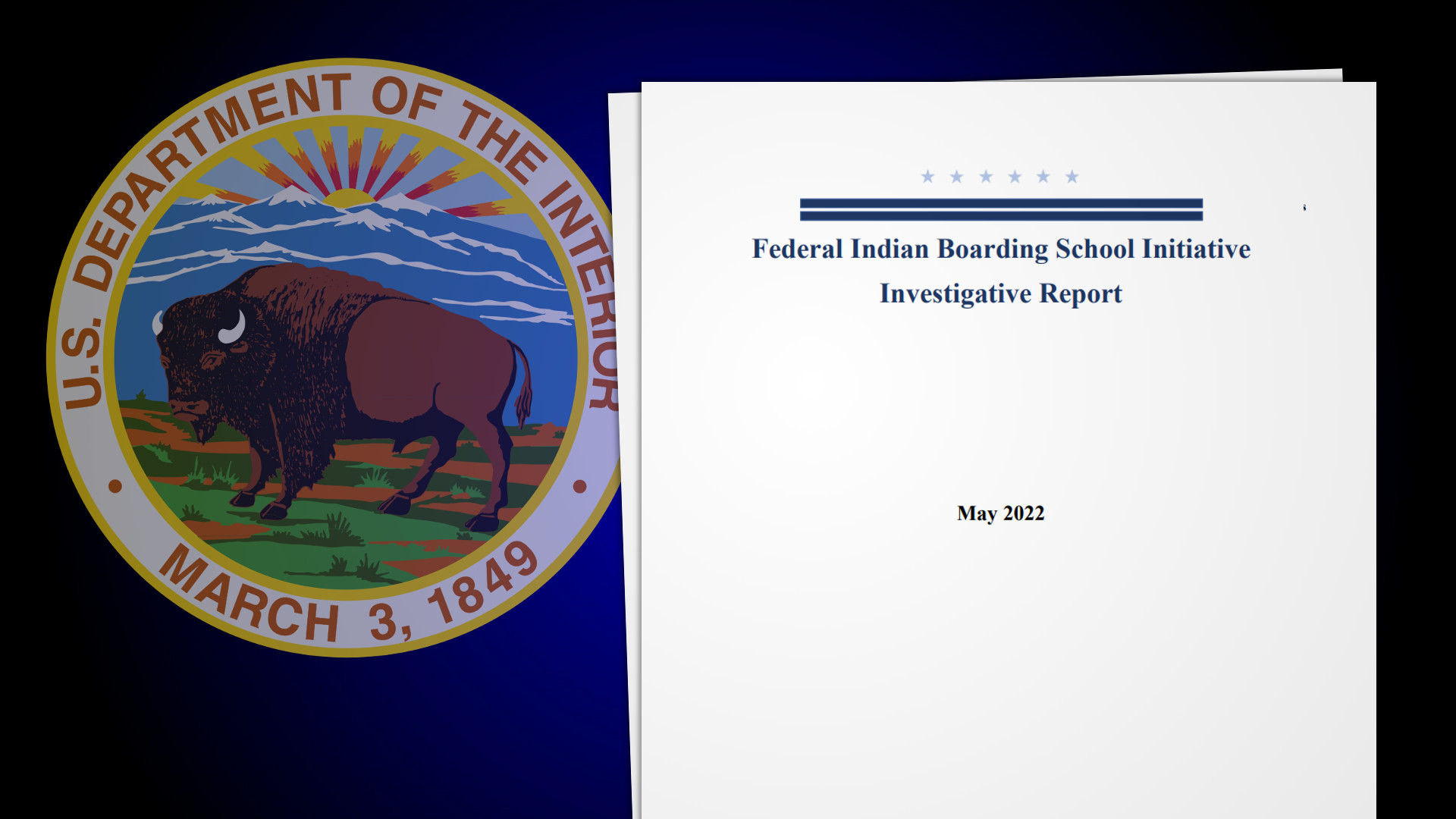 (BIVN) – The United States Department of the Interior on Wednesday released the first volume of an investigative report as part of a “comprehensive effort to address the troubled legacy of federal Indian boarding school policies,” that included schools in Hawaiʻi.

From the Department of Interior:

This investigative report is a significant step by the federal government to comprehensively address the facts and consequences of its federal Indian boarding school policies—implemented for more than a century and a half—resulting in the twin goals of cultural assimilation and territorial dispossession of Indigenous peoples through the forced removal and relocation of their children. It reflects an extensive and first-ever inventory of federally operated schools, including profiles and maps.

“The consequences of federal Indian boarding school policies—including the intergenerational trauma caused by the family separation and cultural eradication inflicted upon generations of children as young as 4 years old—are heartbreaking and undeniable,” said Secretary Haaland. “We continue to see the evidence of this attempt to forcibly assimilate Indigenous people in the disparities that communities face. It is my priority to not only give voice to the survivors and descendants of federal Indian boarding school policies, but also to address the lasting legacies of these policies so Indigenous peoples can continue to grow and heal.”

“This report presents the opportunity for us to reorient federal policies to support the revitalization of Tribal languages and cultural practices to counteract nearly two centuries of federal policies aimed at their destruction,” said Assistant Secretary Newland. “Together, we can help begin a healing process for Indian Country, the Native Hawaiian Community and across the United States, from the Alaskan tundra to the Florida everglades, and everywhere in between.”

About ten pages of the 100-page report detail the history of colonial educational systems in Hawaiʻi under the heading “Federal Indian Boarding Schools and the Native Hawaiian Community”. Between 1819 to 1969, the investigation shows, “the United States supported approximately seven boarding schools in Hawaiʻi,” noting that “an individual Federal Indian boarding school may account for multiple sites.”

Many paragraphs in the report are devoted to the history of the Hilo Boarding School, formed by missionaries in 1836. The report also gives an overview of Kamehameha Schools, which the report identified as one of the Federal Indian Boarding Schools in the Hawaiian Islands.

Although the ‘Ōlelo Hawai‘i-based public school system initially operated using only the Hawaiian language, it eventually repressed ‘Ōlelo Hawai‘i in education by promoting English. By 1888, only 16 percent of children were taught in Hawaiian.

The report states that the United States “has further recognized the resulting deliberate policy to suppress ‘Ōlelo Hawai‘i,” citing:

“Following the overthrow of the Kingdom of Hawaii in 1893, Hawaiian medium schools were banned. After annexation, throughout the territorial and statehood period of Hawaii, and until 1986, use of the Hawaiian language as an instructional medium in education in public schools was declared unlawful. The declaration caused incalculable harm to a culture that placed a very high value on the power of language, as exemplified in the traditional saying: ‘I ka ʻōlelo nō ke ola; I ka ʻōlelo nō ka make. In the language rests life; In the language rests death’.”? – 20 U.S.C. § 7512 (19) (2015).

Congressman Kaialiʻi Kahele (HI-02) issued a statement on the report. “The Department of Interior is taking important first steps toward healing the generational trauma in our indigenous communities across the United States by investigating the historical federal policies of cultural assimilation,” said Congressman Kahele. “These policies extended to Hawaiʻi through the heavy influence of the federal government at the time, primarily by the deliberate elimination of the Hawaiian language and the promotion of English as the common language. As we know, ‘I ka ‘ōlelo ke ola, I ka ‘ōlelo ka make,?™ in the language rests life; in the language rests death. Native Hawaiians today suffer a direct impact because of these policies and this report ensures these federal policies are not relegated to the past. Confronting this dark part of our history begins a healing process which will promote the continued revitalization of our language and culture for generations to come.”

In the section concerning Hawaiʻi, the report concludes: