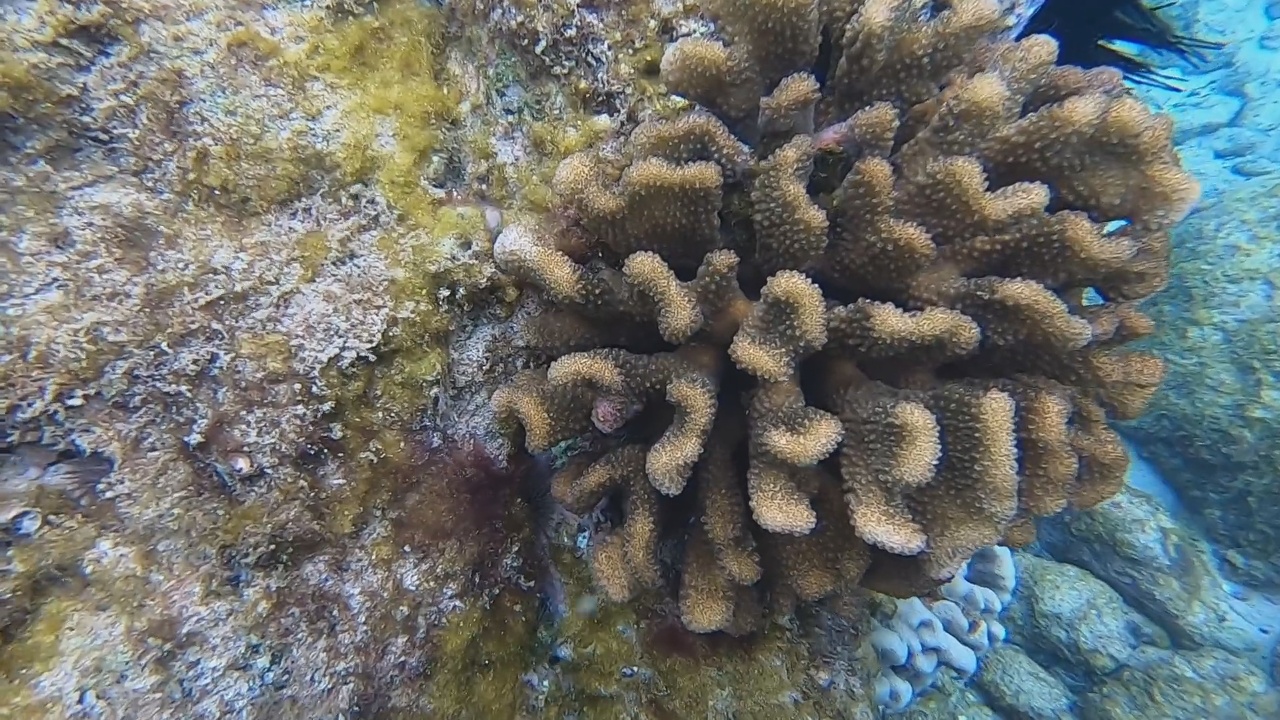 (BIVN) – Coral spawning has been observed along West Hawaiʻi coastal waters this week, following an earlier announcement of partial access closures at some popular beach parks.

The Hawaiʻi Department of Land and Natural Resources shared video of aquatic biologist Chris Teague of the DLNR Division of Aquatic Resources as he made observations in the Waialea Bay Marine Life Conservation District.

From the DLNR news release:

Conditions to see coral spawning on Tuesday, were near perfect at this Hawai‘i Island, bay. Aquatic biologist Chris Teague, with the DLNR Division of Aquatic Resources (DAR), begins watching for spawning just after dawn.

“There were two spawning periods this year on coral colonies across the islands. One was in April and the other occurred on Tuesday, Wednesday, and Thursday. We didn’t see any spawning on Tuesday morning, but they certainly could have spawned earlier in April.”

Spawning was observed in Kīholo Bay, Papa Bay, He‘eia Bay and at Kahalu‘u Bay at various times this week. 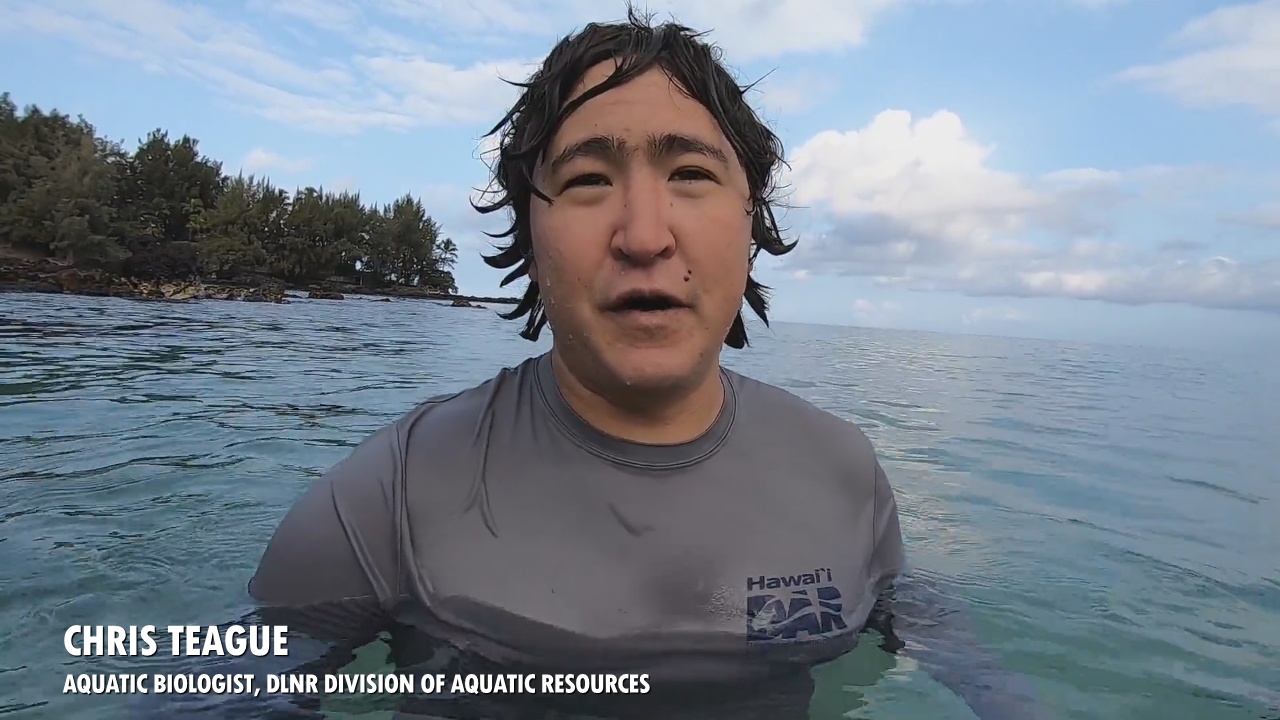 Coral reproduction is tied to both the lunar and tidal cycles. “If you track the timing of the moon phase, as well as the outgoing tides, you get a good idea of when coral tend to spawn.”

The Waialea Bay Marine Life Conservation District (MLCD) has the highest level of State protection available, which helps keep coral colonies vital. Nearshore, in shallow water, the MLCD has small colonies of coral. “Offshore we had a much healthier coral reef prior to a severe coral bleaching event in 2015,” Teague explained.

Teague says it’s interesting to observe spawning in person in real time. “You can see the reproductive process of the corals as it happens, and you know the eggs and sperm will go out through the water column and hopefully improve the health of the reef.” 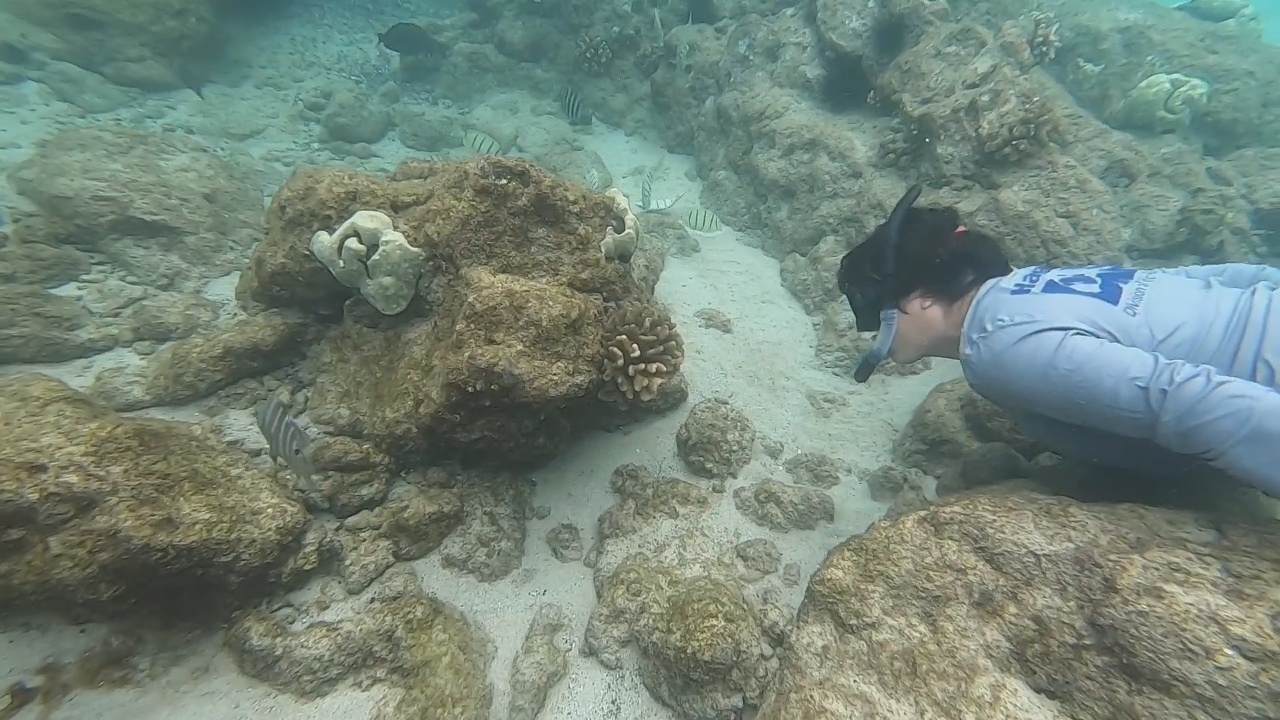 Giving the propagules the greatest chance of survival, resulted in an ask from DAR, for people to stay out of the water during active spawning. Parking was not available at the bay until noon each of the three days earlier this week and during a similar period in 2021.

“Our main concern is all of the things we put on our skin and in our hair. Skin care products like sunscreen, moisturizers, shampoo, and conditioners. All of these chemicals can have detrimental effects on coral eggs and sperm, and they hang out in the top surface of the water, which is where people tend to swim,” commented Megan Lamson, a DAR fish and habitat monitoring technician.

Even during non-spawning periods, ocean-goers are urged, and in some cases will be required by law, to only use non-chemical sunscreens. Statewide, there’s a ban on the sale of sunscreens containing a pair of chemicals, widely believed to be contributing to coral loss and death. Maui has a law going into effect this Fall, which bans all chemical-based sunscreens, and Hawai‘i Island leaders are now considering a similar measure. Last November, through a private-public partnership, a reef-safe sunscreen dispenser was installed at the entrance of Waialea Bay MLCD.

Teague reports that people who have been asked to stay out of the water on spawning mornings, have almost always voluntarily done so. “Sharing information about the life-cycle of corals, the importance of our reefs as the very foundations of the ocean, is all it takes to get people thinking about changing some of their habits.”

He added that the reef system at Waialea Bay MLCD looks very healthy, with large numbers of fish, including herbivores like uhu and manini.