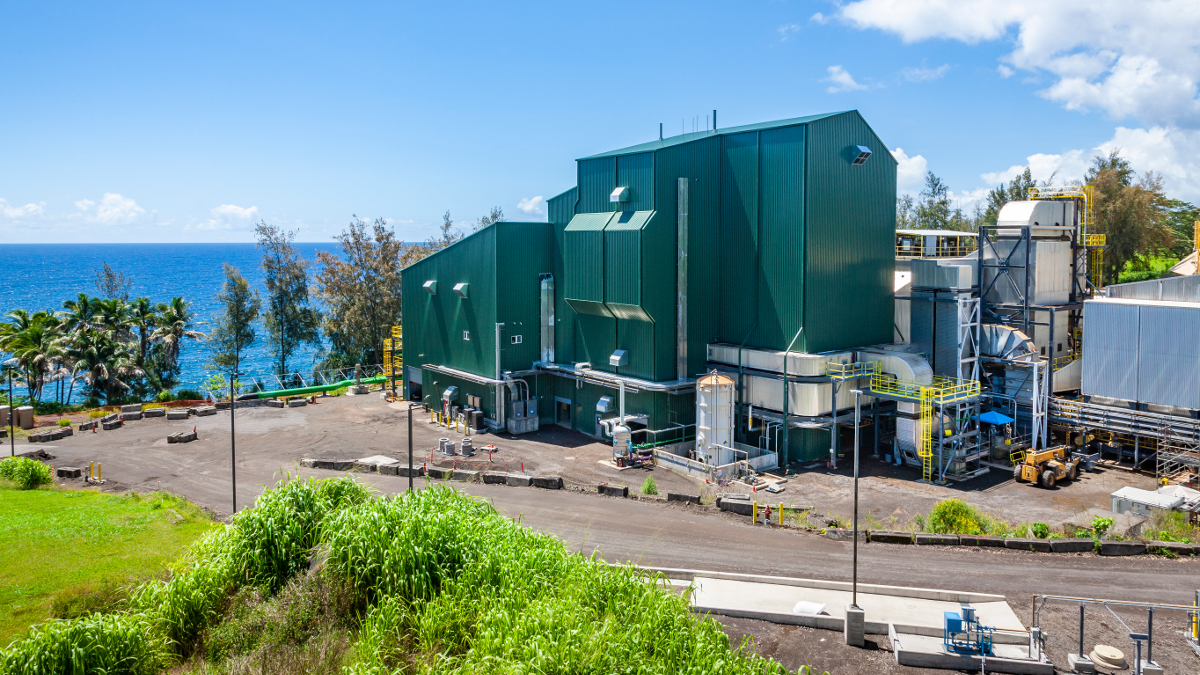 PEPEʻEKEO, Hawaiʻi - Honua Ola president Warren Lee said the company is "extremely disappointed in the decision" and are "determining our legal options for moving forward".

(BIVN) – Honua Ola Bioenergy, the planned Pepeʻekeo biomass operation known as Hu Honua in legal documents, says it “is disappointed” with the recent decision by the Hawaiʻi Public Utilities Commission to reject its power purchase agreement with Hawaiian Electric.

In its May 23 decision and order, the PUC found that “the Project will result in significant GHG emissions” and that “Hu Honua’s proposed ‘carbon commitment’ … to sequester more GHG emissions than are produced by the Project relies on speculative assumptions and unsupported assertions.”

In the 2 to 1 majority decision, the PUC also found that the power purchase agreement “is likely to result in high costs to ratepayers, both through its relatively high cost of electricity and through the potential displacement of other, lower cost, renewable resources.”

In a news release issued after the decision, Honua Ola noted that “PUC Chair James Griffin, who is leaving his position on June 30, 2022, and Commissioner Jennifer Potter voted to deny the power purchase agreement,” and pointed towards Commissioner Leodoloff Asuncion’s dissenting opinion, in which he wrote that “the evidence clearly establishes that the Applicants have met their burden of showing that the Project will result in a significant reduction in GHG emissions over the course of the 30-year Amended PPA term.”

Warren Lee, president of Honua Ola Bioenergy, commented on the ruling. “We are extremely disappointed in the decision of Chair Griffin and Commissioner Potter to deny our power purchase agreement with Hawaiian Electric, as well as deny residents of Hawai‘i Island all the benefits Honua Ola is prepared to bring,” Lee said. “We presented an abundance of evidence to the PUC that met the burden for approval as established by the Hawai‘i Supreme Court. We agree with the dissenting opinion of Commissioner Asuncion and his strong rationale for supporting the power purchase agreement.”

“If the PUC’s decision is allowed to stand, it will be a huge loss for the Big Island’s future, including the more than 200 jobs Honua Ola will support island wide with its renewable energy operations,” Lee added. “We are carefully reviewing the PUC’s decision and determining our legal options for moving forward, including a motion for reconsideration with the PUC and, if necessary, the filing of an appeal with the Hawai‘i Supreme Court.”

“We note that the decision was confined to two issues — greenhouse gases and the cost,” stated Henry Curtis of Life of the Land, a key intervenor in the Hu Honua docket. “If Hu Honua continues in its attempt to produce electricity we’ll raise the other issues.”